Where to next for Donald 'Cowboy' Cerrone?

Anthony Pettis scored his 10th UFC victory (the 23rd of his career) and snapped a two-fight losing streak at UFC 249 in Jacksonville, Florida. In doing so, 'Showtime' handed Donald Cerrone his fourth successive defeat and his first since being dismantled by Conor McGregor back in January.

Pettis and Cerrone were top of the main preliminaries for an event that was being held being closed doors due to the Covid-19 pandemic. The former lightweight champion defeated Cerrone back in 2013 but this bout was at welterweight, with both men far from the current title picture in that division.

Pettis' striking game was very effective but Cerrone did have some success, in the opening two rounds, with his wrestling and takedowns. 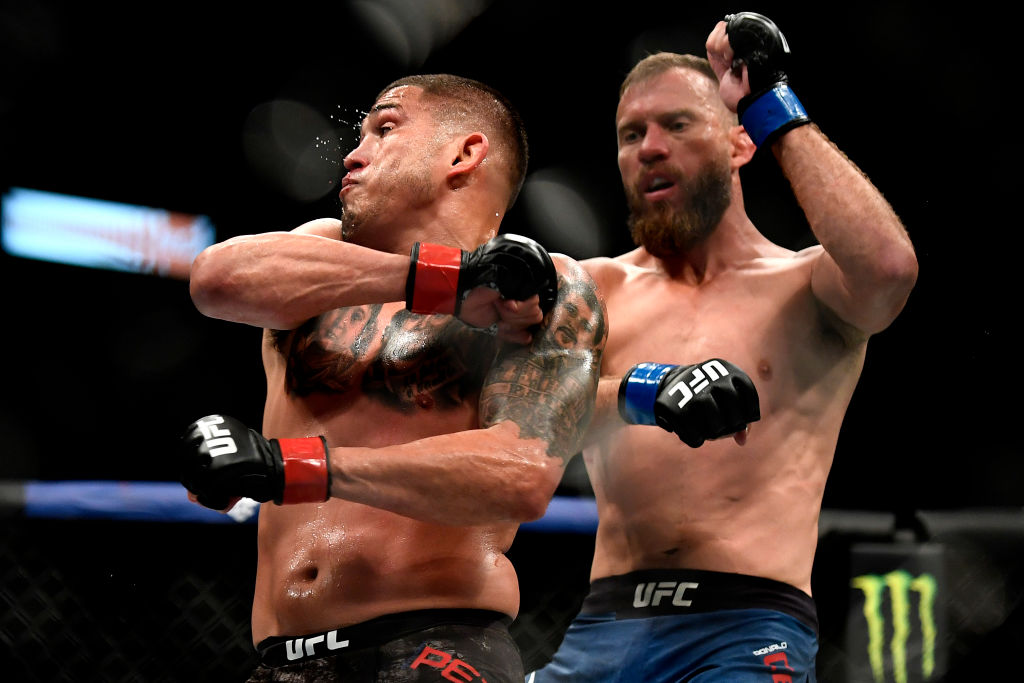 Going into the final round, most onlookers would have called it even and both fighters' corners urged their men to press forward over those final five minutes.

END_OF_DOCUMENT_TOKEN_TO_BE_REPLACED

Midway through that final round, the outstretched fingers on the left hand of Pettis went into Cerrone's eye and left the 37-year-old reeling. He immediately called out the eye poke to the nearby referee but was told to fight on.

"It's a fist fight!" an angry Cerrone exclaimed as he was left with no other option but to continue. 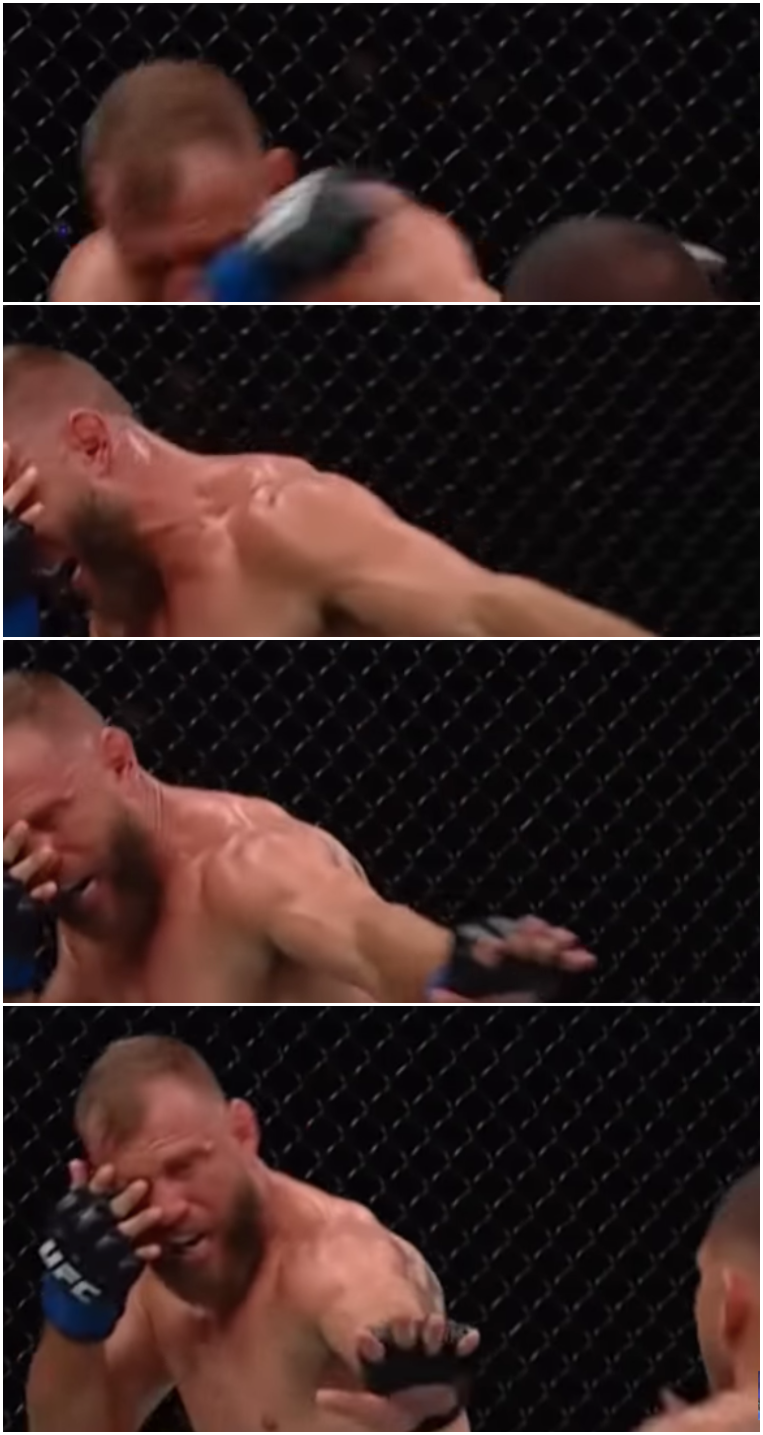 With his right eye closing up, Pettis understandably took a few moments to re-locate his range but, to his credit, managed to finish strong. Only Pettis will know how he stayed on his feet in the final minute as he wore a Cerrone high kick to the side of his head.

Both fighters embraced at the final bell and there was an exchange over that controversial eye poke:

After the final bell, Showtime and Cowboy had it out over that eye poke...

Replays did indeed show the eye-poke from Pettis, which he later argued was completely unintentional. "I'm glad it didn't end that way... I thought it was a punch." Cerrone did remarkably well to fight on and not make a major issue of the incident in The Octagon.

The judges' call did not go in his favour, however, as all three scored the bout 29-28 to Pettis. The 33-year-old told Joe Rogan:

"I'll take it, man. That was close

"That [Cerrone] high kick shook everything," he added. "I don’t know what happened, but I was winning. He’s a legend. We’re friends, man. He hit me, I hit him, that’s what it's about. He took me down but he didn’t take nothing with it."

Rogan did not speak with Cerrone after he wrapped with Pettis, despite 'Cowboy' looking like he had a lot to get off his chest.

Pettis moves to 23-10 overall and is likely to leapfrog Conor McGregor and a couple of other fighters in the welterweight rankings. Cerrone slips to 32-15 in his MMA career. Having reached 32-7 with a 2016 victory over Matt Brown, he has now lost eight of his last 12 fights.

Before the Pettis bout, Cerrone admitted that he did not have much time left in the fight game. His latest loss, coming three months after falling to McGregor in only 40 seconds, may hasten his exit.