We know all about The Notorious' left-hand but how about the 'McGregor shoulder' move?

Conor McGregor is known for his fast starts and Donald Cerrone is often guilty of being slow out of the blocks. 'Cowboy' told us all he would be ready from the get-go but so was McGregor, in devastating fashion.

END_OF_DOCUMENT_TOKEN_TO_BE_REPLACED

'The Notorious' decimated the UFC veteran and forced an incredible TKO stoppage after only 40 seconds.

McGregor swung and missed with a left hand in the opening seconds but did huge damage in the clinch, landing three nasty shoulders to the face of Cerrone. The second of the two shoulders broke Cerrone's nose and the third damaged his left eye.

Cerrone was already reeling and while many of us may have been expecting that left-hand to come out as a finisher, McGregor connected with a head kick and followed up with a flying knee. 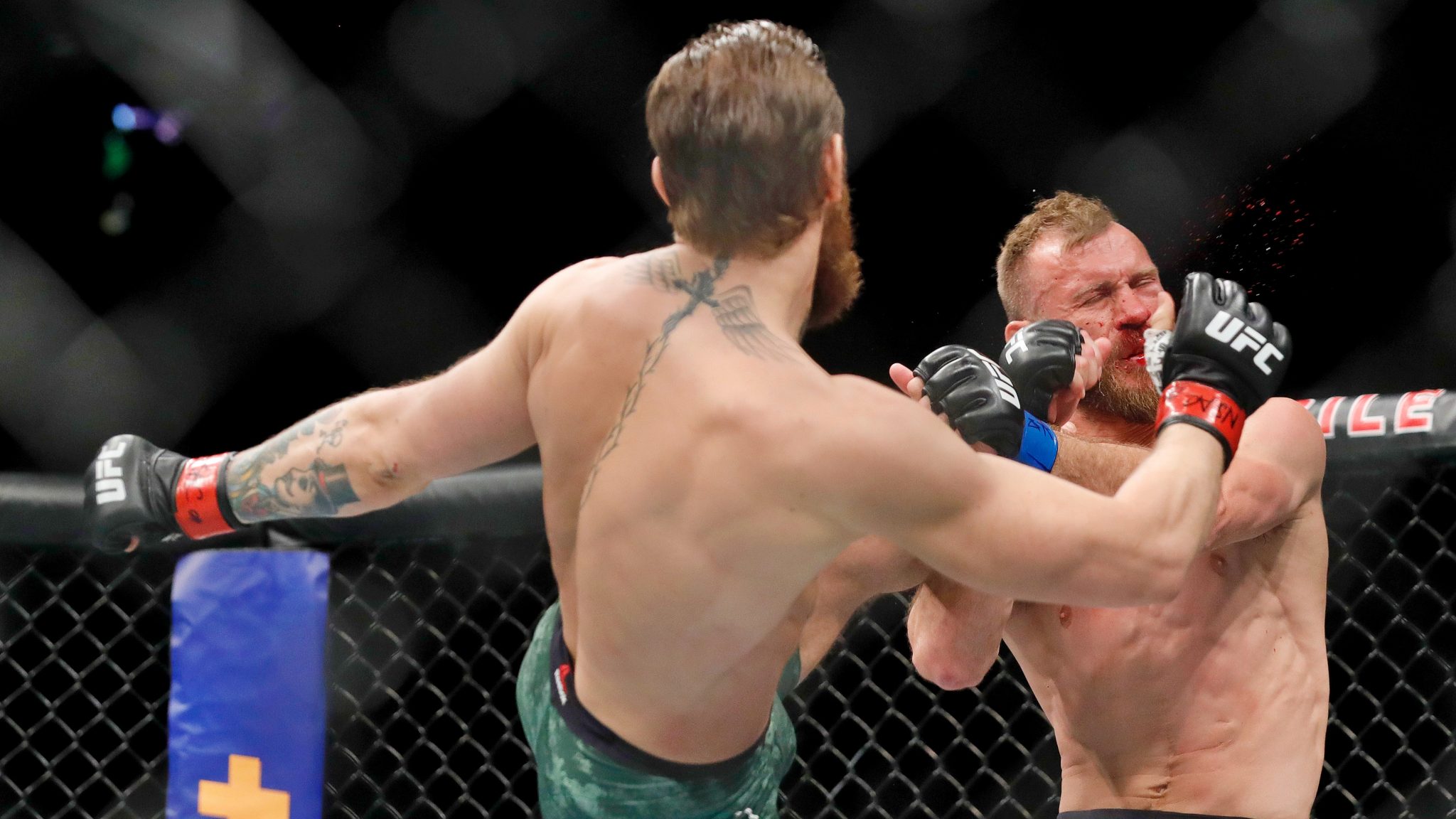 END_OF_DOCUMENT_TOKEN_TO_BE_REPLACED

Sensing a finish, the crowd rose as one and the noise reached a deafening crescendo.

On he pressed as punches rained down on a flailing Cerrone and although referee Herb Dean gave 'Cowboy' time to get his bearings back, he eventually stepped in to end the contest.

Conor McGregor is BACK!!! #UFC246 pic.twitter.com/hh6j3GVcaP

END_OF_DOCUMENT_TOKEN_TO_BE_REPLACED

The crowd erupted as McGregor sank to his knees to take it all in. 15 months away but it only took 40 seconds to make up for lost time.

As Cerrone was attended to by medics, the Dubliner spoke of the level changes he utilised to do the damage with that shoulder of his.

As for who is next, with UFC welterweight champion Kamaru Usman and B.M.F champ Jorge Masvidal both in the audience, McGregor declared, "Anyone of these mouthy fools can get it!!"