The pair previously fought in 2017.

Conor McGregor and Floyd Mayweather Jr are reportedly in talks about staging a rematch, five years after their first boxing bout.

Mayweather beat McGregor via TKO in the 10th round of their fight in Las Vegas in August 2017, the 50th and final victory in the final outing his undefeated professional boxing career.

It appears that another fight between them could be on the cards. This time, however, the bout would most likely be classified as an exhibition fight, with no impact on either fighter's professional records. 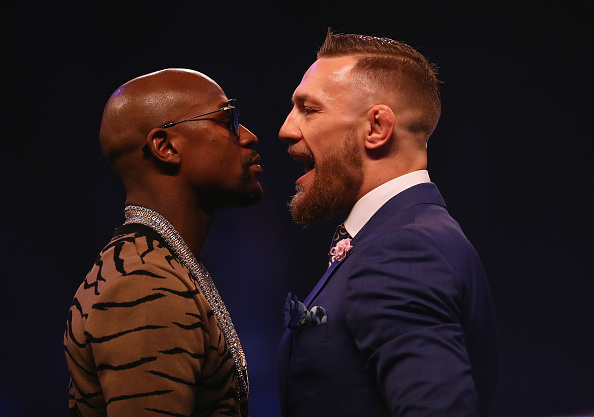 According to Fight Hype, McGregor and Mayweather are in talks about a potential rematch, which would result in another 'nine-figure payday' for the American boxer.

The first bout between McGregor and Mayweather was highly lucrative for both men, with Mayweather earning a reported $280m, and McGregor taking home $130m. 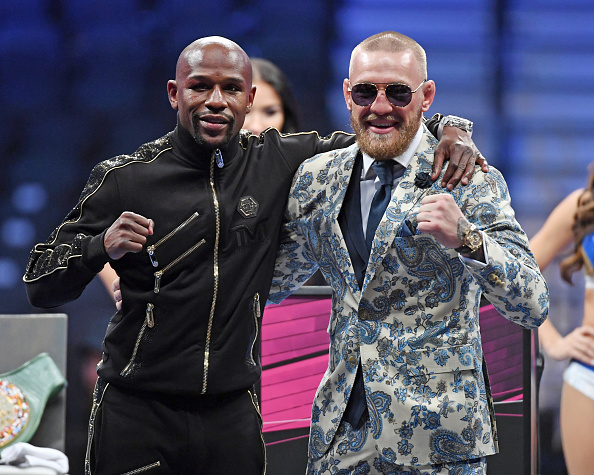 END_OF_DOCUMENT_TOKEN_TO_BE_REPLACED

McGregor appeared to reference the rematch in an Instagram post on Friday which featured an image of their previous bout and a caption that reads, 'I accept.'

Mayweather retired from professional boxing after his victory over McGregor. The 45-year-old finished his career with a perfect record of 50-0, and has since engaged in several lucrative exhibition bouts.

END_OF_DOCUMENT_TOKEN_TO_BE_REPLACED

McGregor, meanwhile, returned to MMA in October 2019, where he lost to Khabib Nurmagomedov at UFC 229.

The Irishman has lost three of his four bouts in UFC since the fight against Mayweather, with his only victory coming over Donald Cerrone in January 2020. 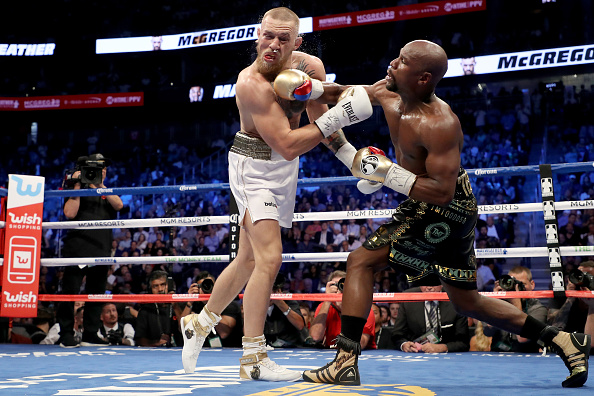 McGregor last fought in the UFC in July 2021, when he lost for a second time to Dustin Poirier.

The 33-year-old suffered a double-leg break in the bout and has been working on returning to fitness ever since.

McGregor's return date to UFC action, however, has not been confirmed.


popular
Roy Keane cracked up Ian Wright and Gary Neville with England team spirit remark
'I was so stressed the week before the All-Ireland and I ended up having a panic-attack' - O'Shea and O'Sullivan open up
World Cup 2022 Day Seven: All the major action and talking points
Roy Keane shoots down ITV presenter's 'excuse' for England's draw with USA
The nine England World Cup footballers who could have played for Ireland
Amancio Ortega interested in buying Man United from Glazers
Former England international admits he wishes he had played for Ireland
You may also like
2 months ago
Floyd Mayweather confirms he will fight Conor McGregor next year
2 months ago
Conor McGregor took exception to one part of Nate Diaz victory speech
4 months ago
Conor McGregor dismisses talk of Jake Paul fight with brutal dig at YouTuber
4 months ago
Conor McGregor 'offered' blockbuster UFC title shot in January
5 months ago
Jorge Masvidal speaks about defending BMF title against Conor McGregor
7 months ago
Francis Ngannou wants a Tyson Fury clause in his new UFC contract
Next Page