Mendes received a two-year USADA suspension in June of 2016 stemming from an out-of-competition drug test. He tested positive for the banned substance GHRP-6, a growth-hormone peptide, which he claimed entered his system through a skin cream he was using to treat plaque psoriasis. That suspension ended last month leaving him free to return to the Octagon.

END_OF_DOCUMENT_TOKEN_TO_BE_REPLACED

Apart from an insane sudden-victory at Su3, we hadn't seen much of Mendes since he was handed the punishment. Considering how long he was out for, there were some concerns that he may not have been as elite as we all remembered him. However, there were zero signs of ring rust from the slightly heavier than normal 'Money' when he faced ranked 145 lber Myles Jury. 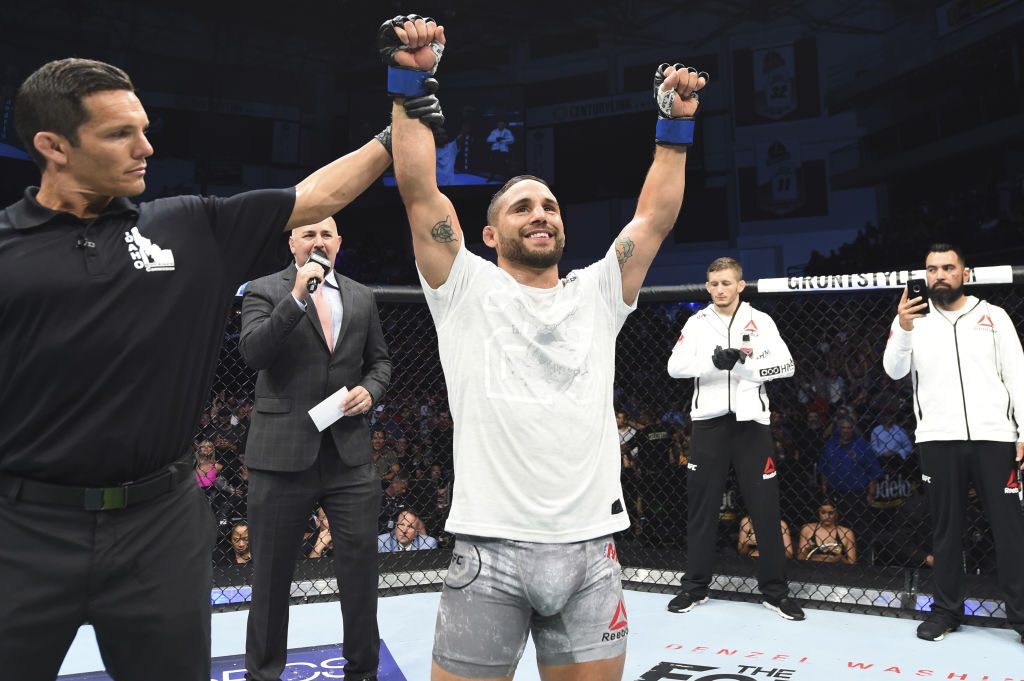 It took around a minute and 15 seconds for Mendes to really get going. He started off light on his feet, but held back with his striking to try and gauge the distance with the much taller Jury. He didn't connect much with his first blitz, but it reminded everyone just how fast Mendes is. He had the clear speed advantage.

END_OF_DOCUMENT_TOKEN_TO_BE_REPLACED

Jury wasn't stringing many combinations together. This seemed to play into Mendes' favour. Once he found his rhythm, he made his move. Halfway through the first round, he dropped Jury with a seismic left hand. He then held him down and pummelled him with ground and pound.

Soon, Jury had enough. He turtled up and gave Mendes his back. Mendes kept hammering him with heavy punches until the referee stepped in to award him the TKO victory at the 2:52 mark.

The crowd erupted when Mendes got his hand raised. He lapped up the atmosphere as he screamed"I'm baaaaaack!" into the mic. He then jokingly called out Brock Lesnar, who had a memorable confrontation with Daniel Cormier at UFC 226.

"Brock Lesnar, where you at? (Laughs) Nah, man. I'm just super excited to be back. Anyone in the top five, give it to me. Let's go."