In the build-up to UFC 226, Daniel Cormier became involved in a social media back-and-forth with his arch-rival, Jon Jones. What Jones took issue with was Cormier's comments surrounding the greatest of all time discussion. DC stated that if he were to beat Stipe Miocic, he would be thrust into the conversation. Jones fired back with, 'If he's in the conversation, does that make me the motherfucking man?'

At this point, Cormier removed the only man to beat him inside the Octagon from the debate. He told CBS Sports that he wasn't going to give Jones a platform because of his anti-doping violations.

"None. Jones doesn't have a platform and I refuse to give him a platform. He's a nobody. He has been suspended again. He's mired in controversy for drug abuse. Your issues are tied to steroids, performance enhancers. You don't get a platform when you're like that. It's like me glorifying Lance Armstrong."

Jones had his MMA licence revoked and was fined $205,000 for testing positive for the steroid Turinabol in an in-competition drug test for his UFC 214 headliner against Cormier. He cannot apply for another licence until the conclusion of his USADA suspension, which has yet to be set. As it is his second offence, he is staring down the barrel of a ban expected to last somewhere between two and four years.

His first offence came from an in-competition test at UFC 200. He tested positive for two banned substances - hydroxy-clomiphene, an oestrogen blocker, and 'letrozole metabolite,' an 'aromatase inhibitor.' He was handed a one-year ban and his fight, which was scheduled to be against Cormier, was scrapped.

However, the man he was more than willing to cut a promo with inside the cage at UFC 226 has also had his issues with USADA. Brock Lesnar received a one-year suspension for testing positive for the banned substance clomiphene in multiple drug tests surrounding his return at UFC 200. Lesnar was controversially granted an exemption from the four-month written notice rule for un-retiring athletes under the USADA/UFC drug testing policy ahead of the fight with Mark Hunt.

Lesnar formally retired six months into his sentence but has re-entered the testing pool with a view to fighting Cormier. 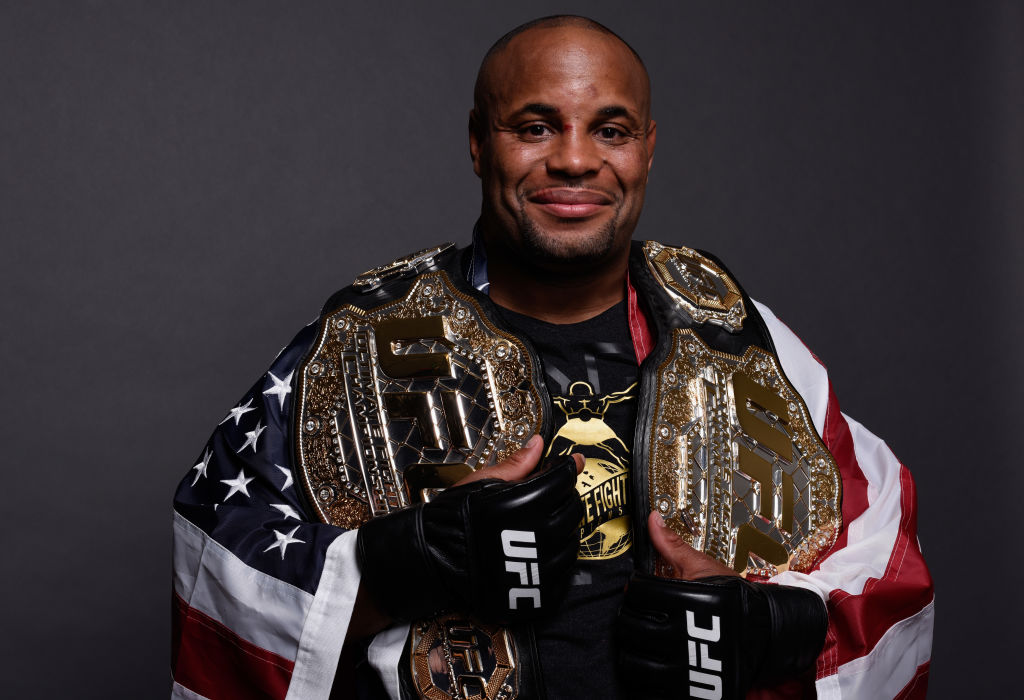 Circumstances have changed considerably since Cormier declared that he would be refusing to give Jones a platform. He now sits on the thrones of the two biggest divisions in the promotion. He joins BJ Penn, Randy Couture, Conor McGregor and Georges St-Pierre in the list of fighters to hold two UFC belts. Only he and McGregor have held them simultaneously.

As he explained at the UFC 226 post-fight press conference, the chasing pack are playing by his rules now.

"Maybe we're living in my world now. So I dictate the rules. Plus I just really don't like Jones. So, I'll never give him a platform."

END_OF_DOCUMENT_TOKEN_TO_BE_REPLACED

Cormier played down the possibility of completing his trilogy with Jones for the heavyweight championship. Presently, the series stands at one win for Jones and one No Contest. Jones scored a unanimous decision victory over DC at UFC 183 while his knockout win at UFC 214 was overturned due to the failed drug test.

"I would if he's around, but I don't know if he's going to be around. Honestly,at this point, does he even deserve it? All these fights... I hold the cards now. He may have won the fights, but I hold the cards. I am the one that competed, I went up and did something that you were not going to do, I went and fought the baddest man on the planet, the most successful heavyweight champion of all time, a great guy, a great champion, a guy that does everything the right way - and I won. I don't know if that's going to happen."

It needed to be addressed #UFC226 https://t.co/IhmmtLNPpE

That being said, Cormier doesn't want to take on a dirty fighter. He vowed to do everything in his power to ensure that Lesnar is clean for their eventual scrap. Even it means putting his hand into his own pockets.

"You've kind of put me in a hard position. I can't really say much in terms of USADA because USADA's been great to me. I've been in this testing programme since 2001. But, when you watch boxing, sometimes the guys do USADA testing and they do independent testing. I just want him tested all the time. He's going to be getting tested, even if I've got to pay for it. We'll get him tested as often as we need to just to make sure he's clean."

Jon Jones dropped the mic after he called out Lesnar at UFC 214. He must be absolutely raging now.


popular
The FootballJOE Pub Quiz: Week 11
Man United's tactical issues summed up in six shocking screenshots
O'Hora and Keegan hammer into each other, both of them only revelling in it
McBrearty has dramatic equaliser ruled out as Naomh Conaill win Donegal grudge game
Manchester United players 'lose faith' in Solskjaer after Liverpool pasting
Jesse Lingard seeks to clear up what United fan shouted when he was warming up
Liverpool's half-time words in Old Trafford dressing room will please fans greatly
You may also like
1 week ago
José Mourinho swaps Conor McGregor a Roma jersey for some whiskey
2 months ago
Joe Rogan sends McGregor invitation after explaining that post-fight interview
2 months ago
Conor McGregor deletes series of tweets aimed at Poirier and Khabib
3 months ago
UFC appears to have signed a new Irish fighter
3 months ago
Conor McGregor labelled an 'easy payday' who can't compete with top UFC fighters anymore
3 months ago
Khabib says McGregor is "finished" as Dos Anjos makes his play
Next Page