BREAKING: UFC 210 gets its first fight and it is a clinker

If Gegard Mousasi proves one thing, it's that mouthing works.

Chris Weidman and Gegard Mousasi will lock horns at UFC 210 on April 8.

The Dutch man has spent weeks calling out anyone and everyone in the middleweight division and, alas, Chris Weidman has stepped up to shut him up.

The UFC announced the fight for the New York event on Thursday evening and it has become the first match-up for UFC 210. 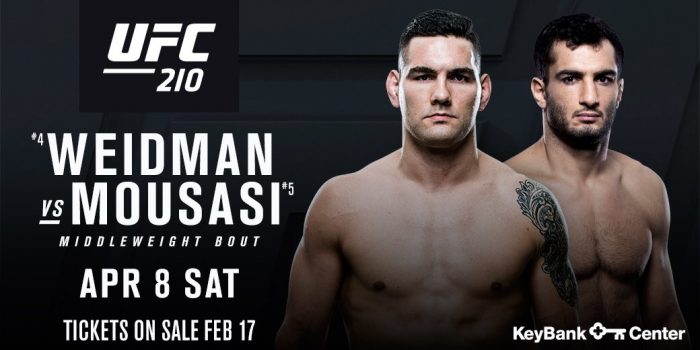 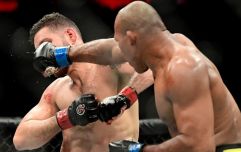 END_OF_DOCUMENT_TOKEN_TO_BE_REPLACED

The pair will go into the Buffalo showdown on different trajectories though.

After losing the belt in an epic battle with Luke Rockhold, Weidman suffered his second ever UFC defeat in November at the hands of Yoel Romero.

Mousasi, on the other hand, has won four on the trot - the last three were knockouts, notching up a total of four miserly rounds. His ruthless fighting is as quick as his mouth.

But it wasn't even a tough decision for Weidman.

"Once I heard he was calling me out, I said let’s give this guy what he wants," he told Newsday.

"Now I’m going to throw this guy a beating."

It could be a defining fight for the 32-year-old. After two straight losses, the New York native is still ranked number four in the middleweight division and a win over Mousasi - ranked fifth - could move Weidman back into contention for a shot of Michael Bisping and the belt again.


popular
Rangers legend says he and Roy Keane didn't speak during Man United spell
The coolest customer in hand-ball hoping to carry on the family tradition for Kilkenny
Gary Neville reveals Man United ignored advice to sign Joao Cancelo
Rhodri Giggs accuses Gary Neville of hypocrisy over Salford sacking
FootballJOE's Career Path Quiz: #6
"I think there are only five Kilkenny players who are guaranteed to start on any given day" - Cody's motivational methods
"County football isn't for everyone" - Down captain Barry O'Hagan hits back at criticism
You may also like
5 years ago
Joe Rogan wholeheartedly defends the easiest guy to blame for UFC 210's biggest controversy
5 years ago
One of the most bizarre finishes to a fight condemns Chris Weidman to third consecutive defeat
5 years ago
Incredibly ripped Chris Weidman in the shape of his life ahead of UFC 210
5 years ago
WATCH: Yoel Romero suspended for his celebration following brutal Chris Weidman knockout
5 years ago
Brian Stann calls out Yoel Romero for repeated rule-bending inside the Octagon
5 years ago
Michael Bisping shows genuine class towards Chris Weidman following devastating defeat
Next Page