It looks like BJ Penn's Octagon return will feature on the undercard of Conor McGregor's historic lightweight title shot.

It seems fitting that a fighter who's held UFC belts in two separate divisions will feature on a card where the Notorious aims to become a dual champion and the first to hold two belts simultaneously.

Penn all but confirmed on the Jon Anik and Kenny Florian podcast that he will be fighting at UFC 197, and that he has already verbally agreed on an opponent for his comeback. 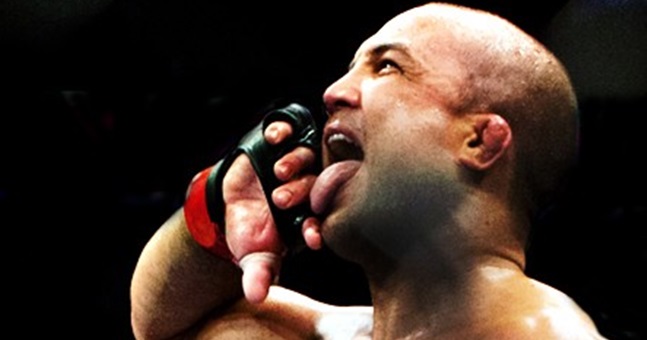 However, he explained that Dana White gave him strict instructions not to reveal who that opponent is.

We last saw the former welterweight and lightweight champion inside the Octagon being completely dominated by the Answer at the TUF 19 Finale. Edgar scored a third round TKO victory over the Prodigy, after which Penn announced his intention to retire from the sport.

In early 2016, Penn announced that he wanted to return to fighting, and called out featherweight Nik Lentz. However, rumours are circulating that Dennis Siver may be the opponent being lined up to welcome Penn back to the UFC.