These are the tips you need for Day 3 of Cheltenham

Picking a winner has not been easy, particularly if you're a Willie Mullins fan, but I think it would be dangerous to put a line through all his horses names on Thursday, writes Hayley O'Connor.

He has two today that I certainly won't be deserting, the first being my beloved Un De Sceaux. I am MAD about this horse and, actually, this horse is apparently mad.

Willie says he almost watches him with his eyes closed on the gallops as he can be awfully spritely and, in fact, when I watched him in the parade ring here in January he was sweating and messing as he walked around. 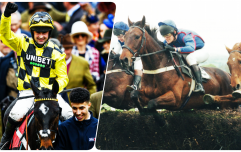 END_OF_DOCUMENT_TOKEN_TO_BE_REPLACED

It doesn't stop him from performing though and this guy has the heart of a lion. He'll give you everything he can to win and I believe that will be enough to fend off Gordon Elliot's Empire Of Dirt.

The British will win the opening race I think, with my preference leaning slightly towards Top Notch over Noel Meade's classy Disko. The reason I'm against Yorkhill is that I think he would have had a better chance taking on Altior and I'm not convinced this race will suit.

Presenting Percy is being widely talked about in the Pertemps Final at 2.10 for last year's winning connections and I couldn't put you off. He seems a well handicapped sort, progressive and in very safe hands in Davy Russell.

Squouateur could give Jamie Codd a third winner at the festival. His ride in the bumper was nothing short of genius and he got me out of jail with Cause Of Causes on Wednesday. He's a great pilot and I'm banking that he'll guide this Gordon Elliot charge to victory in the Kim Muir at 5.30. 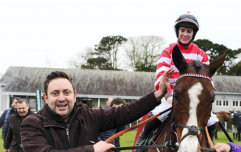 END_OF_DOCUMENT_TOKEN_TO_BE_REPLACED

I'm not sure if I'm talking with my heart or my head but I really think Jezki can win the Stayers Hurdle.

He won the Champion Hurdle in record time and did go on to score over three miles at Punchestown. He was beaten by Tombstone last time out, who ran a shocker in the Coral Cup, but the ground at Gowran that day wouldn't have been to his favour so I'm willing to give him another chance. Jessica Harrington trained a winner yesterday so the yard are clearly in form.

Unowhatimeanharry is understandably the favourite based on recent form, but he wouldn't be the first to be beaten this week.

Best of luck and enjoy Day 3!


popular
Roy Keane flatly rejects longstanding perception of ex-Man United midfielder Paul Ince
Sean Dyche set to be named Everton manager after Marcelo Bielsa talks break down
Allianz National Football League Round 1: All the action and talking points
Conor McGregor hit by car ‘at full speed’ while cycling
Roy Keane leaves ITV pundits in stitches after Pep Guardiola's pre-match interview
Quiz: Identify these 15 football clubs that are not named after a place
"I don't like to fill my time that way" - O'Hora going his own way in an era of obsessives and covering all bases
You may also like
2 years ago
Tips to get on for The Dublin Racing Festival
3 years ago
Ante-post Cheltenham chances to get stuck into before it's too late
3 years ago
Wexford jockey Jamie Codd pays emotional tribute to his brother after winning Champion Bumper
3 years ago
Paddy Power unveil massive 25ft statue on eve of Cheltenham
4 years ago
Nine of the best Ante-Post bets with Cheltenham only eight weeks away
4 years ago
The Magic of the Cheltenham Festival
Next Page