The giant statue was modeled after jockey Rachael Blackmore with the Tipperary rider turning up to Pinewood Studios to undergo 3D scanning to form the model of the statue.

The monument is located at the main entrance to Prestbury Park and weighs about 300kg with the inscription etched into the statue - “Some jockeys have big balls. Others are just great jockeys.”

Blackmore said of the statute: “To win the championship is every jockey’s dream. Being female no longer comes into it. The same goes for riding a winner here this week. 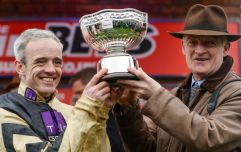 END_OF_DOCUMENT_TOKEN_TO_BE_REPLACED

“When we walk out of the weighing room during the Cheltenham Festival, we all walk out shoulder to shoulder to compete as equals, regardless of which changing room we used.”

The “Fearless Jockey” statue will form part of a wider campaign by Paddy Power to celebrate and encourage gender equality in racing, the sport of kings – and queens.

A survey commissioned by Paddy Power found that 83% of racing fans believe it doesn’t matter what gender a jockey is. 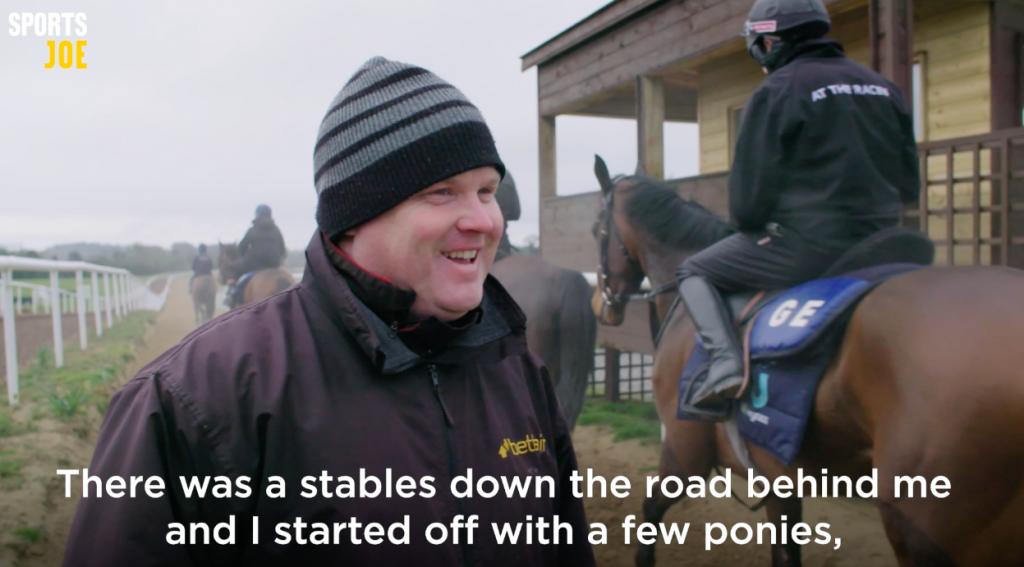 Everything Gordon Elliott has now, he worked for. He wasn't born into riches, not even into a hor...


popular
Roy Keane flew home from Qatar World Cup as 'fellow pundits were getting on his nerves'
World Cup 2022 Day 20: All the major action and talking points
Ronaldo finally reveals why he got that hideous haircut
Talksport presenter puts Martin O'Neill to the pin of his collar over Declan Rice and Jack Grealish
Roy Keane reveals what he wrote about England during Senegal game
Rory McIlroy explains 'falling out' with Shane Lowry that lasted a few years
World Cup Power Rankings: The top 10 players at the tournament ahead of the quarter-finals
You may also like
10 months ago
Kerry legend Aidan O'Mahony claims that Dublin could find themselves facing a relegation battle
3 years ago
"I don't think you'd get away with it now, but it was normal back in the day"
3 years ago
Bernard Brogan on twice losing his confidence and how he bounced back
3 years ago
"I feel I have the energy for it" - O'Connor rearing for mammoth trek to Kildare
3 years ago
Jon Walters on how some Irish players used to get around the drinking ban
3 years ago
Dublin and Kerry announce All-Ireland teams but here's who we reckon is really starting
Next Page