The money came for Latest Exhibition, the win went to Freewheelin Dylan.

At 150/1, the locally trained Freewheelin Dylan won the Irish Grand National for trainer Dermot McLoughlin and jockey Ricky Doyle on this Easter Monday. The nine-year-old made his way to the front early on and with his jumping slick and quick, was never headed before storming up the Ratoath run-in to win the second national of his career.

The 2020 Midlands National champion proved his ability yet again here, leaving highly rated horses such as Sempo and Latest Exhibition in his wake to take the €270,000 prize. It was the biggest win of trainer Dermot McLoughlin's career, his father Liam having won this race as a jockey before him. 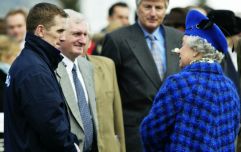 END_OF_DOCUMENT_TOKEN_TO_BE_REPLACED

As for Kildare based jockey Ricky Doyle, this was the stuff of dreams. Riding in this race for the first time, the former flat jockey seized the day with a perfect ride and afterwards, the hard-working jockey was overjoyed.

"I couldn't wait for the race to come. I was just looking forward to having a spin in it.

"Turning in, I was thinking, there's no way I'm going this well in an Irish National. I just couldn't believe it. I'd dreamt about this and in my head, going to bed last night, I was thinking I'm going to ride him like I did when we won the Midlands National...I love all these nationals, this is what it's all about. 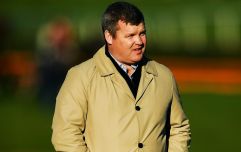 "I feel it is important to provide people with some context surrounding this photo."

END_OF_DOCUMENT_TOKEN_TO_BE_REPLACED

"I'm around long enough. To only have my first ride in the race now, turning 27, it's probably not ideal, but look I don't care if I never ride another one. I'm absolutely delighted.

"I work hard. My career got off well on the flat, then it slowed up a good bit. Since I went to Conor O'Dwyer, he's just had so much faith and trust in me. He's brought me to this day."

It was a definitely a case of "I can't believe it" for Ricky Doyle as he made all to win the @BoyleSports Irish Grand National on Freewheelin Dylan #BoyleSportsIGN @Fairyhouse #rteracing @RTE2 @RTEplayer pic.twitter.com/biUySYhsBN

And if you thought Ricky Doyle did a good job on board, how about Dermot McLoughlin's cousin Ollie watching on from home.

The cousin of the winning trainer got very excited watching the Irish National from home 👏pic.twitter.com/iV3sQu9r2Q


popular
Argentina reach World Cup last-16 with convincing win over Poland
"Nowadays, even if I don't hit a ball, I don't care as long as we win" - Gleeson learning from the past
World Cup 2022 Day 11: All the major action and talking points
Cristiano Ronaldo 'agrees £173m-a-year deal' with Saudi club
Thibaut Courtois warns teammates after leaks emerge from Belgium camp
Iran demand action by FIFA after USA team change flag on social media
Ronaldo finally reveals why he got that hideous haircut
You may also like
3 years ago
Waterford jockey somehow stays on board and wins after final fence blunder
4 years ago
Willie Mullins plotting a run at the Champion Hurdle with 'special' mare Laurina
4 years ago
Tributes pour in from horseracing world for Vichai Srivaddhanaprabha
4 years ago
Ruby Walsh struggles to separate three top novice hurdlers from Willie Mullins' camp
4 years ago
From Grand National winner to Showjumping champion, Paul Carberry is some horseman
4 years ago
Ruby Walsh paints a beautiful picture of how he will retire
Next Page