Keep it on the down low.

They're coming out of the woodwork now. These people, these geniuses have been studying the form, the patterns, the good things since the middle of last March and they're just about primed now.

They've seen it all. The good things, the bad things, the sure things. They've an ear in every stable and the word that has to be kept on the down low usually comes to them first. You'd better not tell anybody else. This is serious business.

END_OF_DOCUMENT_TOKEN_TO_BE_REPLACED

The Cheltenham Festival is a magical mid March week.

College libraries would usually be full but not for study. The wifi connection is strong there and the lads are streaming Rishi Persad and Nick Luck every 35 minutes because they've a few quid riding on this one. Hopping around the place and bating the table as if they're actually riding the horse themselves.

Working from home? The work can wait till next Monday because there's business to be taken care of here, form to be studied and money to be lost. Put the feet up and the emails out of office.

The buzz is building now. The accumulators are lined up. The experts will be roaring soon.

1. "I've good word on this one but don't tell anyone else"

END_OF_DOCUMENT_TOKEN_TO_BE_REPLACED

James Fla has the connections you see. He's in with the right crew. He knows what's going on. The man could make himself a national hero by letting the whole world know about his inside track but he doesn't want the attention of it all.

A saint of a man. 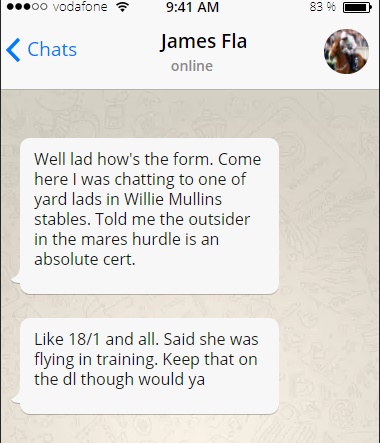 2. Always beats you by a few quid

You did well but he did better. He didn't tell you about this one because he never got around to it. 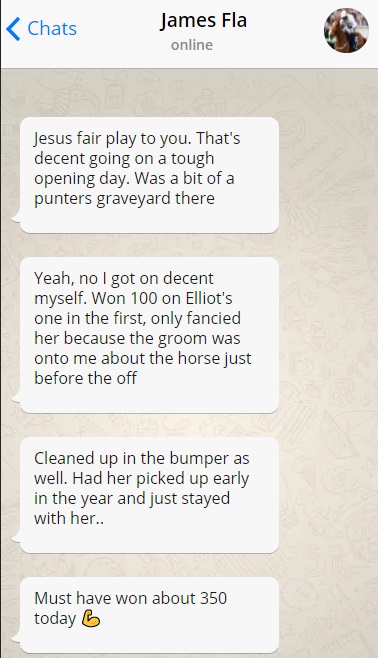 Ask him to see a screenshot of the bet and he'll tell you he did in the office and has it collected.

3. My father's big into it too

"He owned a racehorse there a few years ago. Would have made it to Chetlenham and all only for his injuries. The poor bugger." 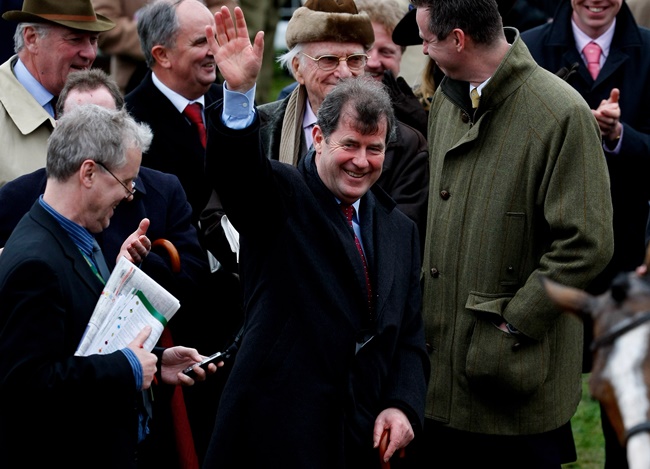 "Ah I used to go to all the meetings with him when I was younger. Leopardstown and all them spots."

This is just another day in the life. You can never be too well prepared and this man is studying. 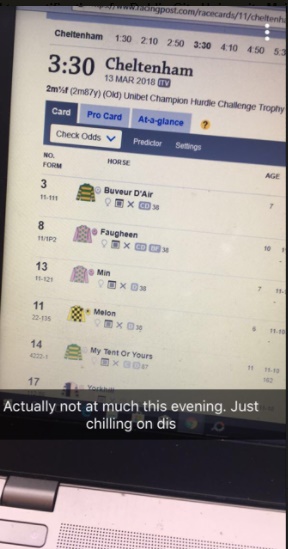 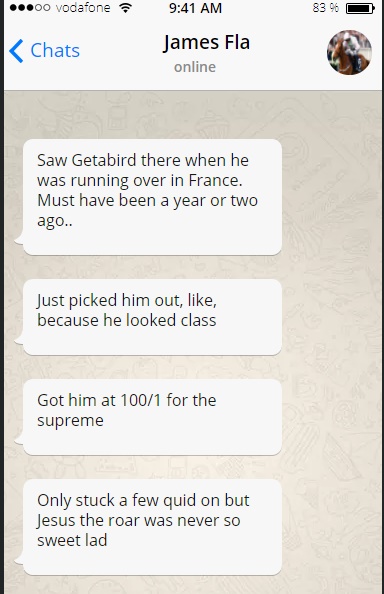 6. Always counting down to the Cheltenham roar

It's really hard to believe My Tent Or Yours is 16/1 for this year's renewal, isn't it? 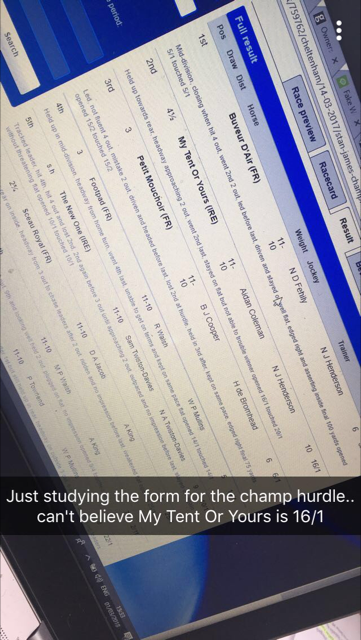 8. Always has himself covered

You've been beside him all day. You've seen all the bets he put on. In the first race of the day, you both backed the beaten favourite.

James Fla had himself covered on the outsider that bolted up out of nowhere. Genius.

9. Buzzing for next year already


popular
Roy Keane flatly rejects longstanding perception of ex-Man United midfielder Paul Ince
Allianz National Football League Round 1: All the action and talking points
British publication urges Gareth Southgate to claim Evan Ferguson for England
Sean Dyche set to be named Everton manager after Marcelo Bielsa talks break down
"Not cool" - Jurgen Klopp far from happy with question about late Liverpool fouls
John Egan breaks Wrexham hearts and denies Ryan Reynolds a Hollywood ending
Roy Keane leaves ITV pundits in stitches after Pep Guardiola's pre-match interview
You may also like
1 year ago
Rachael Blackmore the firm favourite to win World Sport Star of the Year in stacked field
1 year ago
Mullins and Moore a pair of class acts after emotional World Hurdle win
1 year ago
The 46/1 'dead-cert' accumulator for the Cheltenham festival
1 year ago
Fantasy Cheltenham League is the only way to separate the spoofers from the experts
2 years ago
Ruby Walsh chokes back the tears after emotional triumph for Townend
2 years ago
Heartbreaking scenes in Cheltenham as Jamie Moore unseated with race at mercy
Next Page