Can we move the Masters forward to next week?

Rory McIlroy is desperate to complete the career Grand Slam and win the US Masters to add to his US Open, US PGA and British Open titles. It would put the Holywood man in rare company with Gene Sarazen, Ben Hogan, Gary Player, Jack Nicklaus, and Tiger Woods.

Three months out from Augusta and currently trialling new clubs and balls after Nike got out of the equipment business, the 27-year-old would appear to be in the type of form that wins Majors.

#BMWSAOpen WATCH: Magnificent eagle 2 by Rory McIlroy on the 7th and he's within 1 of the lead. pic.twitter.com/7CgfTOB43y

McIlroy has been a picture of consistency at the South Africa Open. Opening with a five-under 67, he followed it up with a 68 and a 67 on Saturday to leave himself in great shape going into Sunday's final round.

However, three shots back, he had ground to catch up on Graeme Storm and catch up he did, shooting a four-under 68 to force a play-off with Storm, who managed a final round 71.

After 72 holes at Glendower golf club the pair could not be separated. 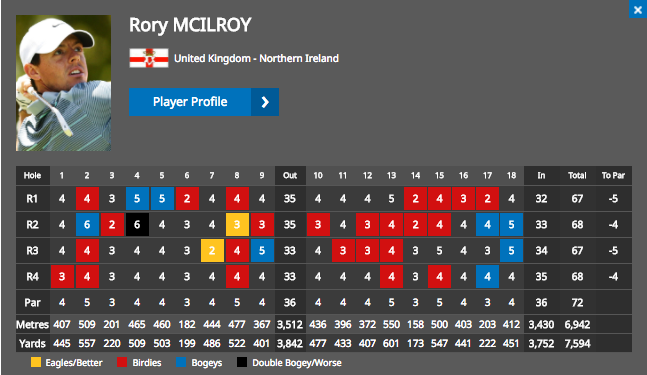 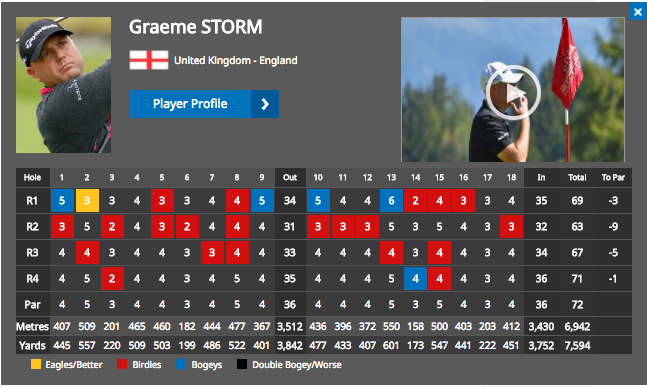 Chasing his 14th European Tour title and 23rd professional win, McIlroy had the honour on the 18th and found the rough to the left of the fairway. Englishman Storm, 251st in the world, found the centre of the fairway.

They both made par and so had to return to the 18th tee for a second play-off hole.

Again McIlroy's drive was wayward, this time going right of the fairway. The nerves were beginning to show as Storm also went right, albeit a long way short of McIlroy's tee shot.

Despite this rotten lie, McIlroy produced a magical shot to spin the ball on to the green and give himself another shot at the title and a cheque for €164,409.

The cheers of "Rory! Rory! Rory!" were well-deserved after a shot that drew comparisons to Bubba Watson's recovery shot at the 2012 Masters.

Both players against missed their birdie putts but saved par, hopped back in their buggies and bombed up the fairway for a third play-off hole.

Despite playing the same hole for a fourth time running, McIlroy again missed the fairway, finding the second cut on the right with his tee shot on third play-off.  Storm, in contrast, planted his iron in the middle of the fairway.

Under another tree, McIlroy's hampered second shot stopped up short of a greenside bunker and, while he again had a long birdie putt, Storm had the advantage as the Northern Irishman was forced to chip over the bunker.

McIlroy pitched to within six feet to put pressure on Storm, whose birdie putt missed by centimetres.

However McIlroy missed his par putt and Storm claimed his first title in nine years.


popular
The four stone-cold certainties for All-Stars even as early as this
Eamon McGee just couldn't help himself with Armagh-melee tweet
"The economy was one of the big reasons" - Cadogan's move from an electrician to personal training
Kylian Mbappe reportedly wants PSG to sell Neymar
"He's actually smiling putting the ball over the bar. He should nearly be fainting." - Ryall on Limerick's legacy
Gavin Coombes one of four Irish players to push themselves into Test picture
Bundee Aki understandably emotional, as Ireland pay moving tribute to late Sean Wainui
You may also like
1 week ago
Final answer of Rory McIlroy press conference sets us up for thrilling US Open weekend
1 week ago
Rory McIlroy shows uncharacteristic flash of anger before sinking huge putts
2 weeks ago
Novel suggestion to save PGA Tour would give Rory McIlroy his fifth major
2 weeks ago
Rory McIlroy takes a brutal dig at LIV Golf ahead of US Open
2 weeks ago
"It was massive" - Rory McIlroy on shot that helped win Canadian Open
2 weeks ago
Rory McIlroy could not resist Greg Norman reminder after Canadian Open victory
Next Page