Tiger Woods' choice of pre-round music can't be argued with

Unfortunately, it wasn't "The Eye of the Tiger."

Tiger Woods came into the 2018 Ryder Cup after his best moment in golf for a very long time. The 14-time Major winner ended his five-year wait for a tournament win with a dramatic victory at the Tour Championship last Sunday.

All eyes were on Tiger at the Ryder Cup in Paris, but across the first few days, he failed to hit top form.

Woods lost all three of his team matches at Le Golf National. He admitted that he was "pretty pissed off" after failing to get points on the board. 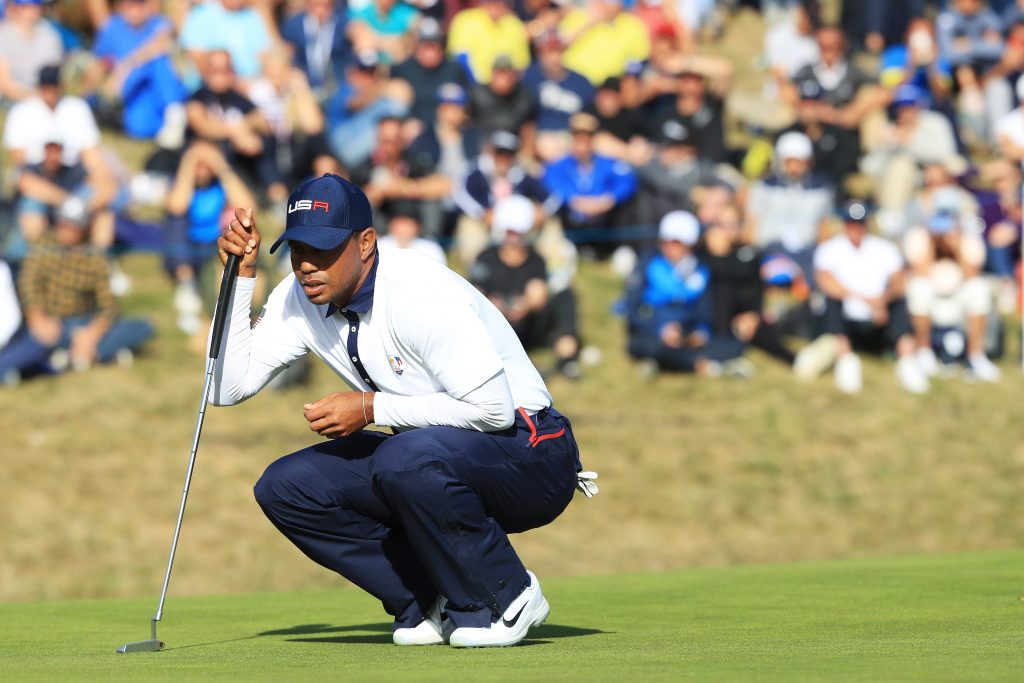 Going into the final day's play on Sunday, Team USA trailed Europe 10-6. Tiger is set to take on Jon Rahm in the fourth singles match of the day.

To get himself in the zone, the American was spotted listening to music from rapper Eminem on the practice course.

Tiger just rolled onto the range. Pretty sure he’s listening to Slim Shady from his iPhone speaker. pic.twitter.com/UFGiktte9q

Woods admitted in the past that he likes to listen to music while practising and was spotted wearing earphones during a practice round at the 2015 Masters.

'I grew up listening to... you remember the old cassette tapes? I used to make my own cassette tapes, and then they had the Discman. They didn't have a holder for the waist, so I took one of the cassette holders and took that off and epoxied it to the Discman and listened to my discs as I practiced.

"Times have changed, but still practicing for hours on end, it's nice to have a little bit of tunes."