Shane Lowry was nothing but gracious when asked about Queen Elizabeth II, after Wentworth triumph

"Down the stretch against Jon Rahm and Rory, there's no other place I'd rather be."

Shane Lowry probably only had one regret after winning the BMW PGA Championship at Wentworth - why did I have to book my Monday flight so early?

The Clara native held off the challenge of Jon Rahm and Rory McIlroy to claim his first big trophy win since 2019. Patrick Reed and Talor Gooch - two players that have joined the LIV Golf series - also pushed him close, making Lowry all the happier to represent those that stayed faithful to the DP World Tour, and claim a big victory in the process.

Lowry admitted that close calls and near misses, in recent years, saw old doubts resurface over the back nine. It made his final round of 65 all the more impressive. He told reporters:

"It's not the nicest place in the world because he don't want to mess it up and be sitting in your hotel room having thrown away the tournament and it's not a nice place to be. Obviously it's easy to say that sitting here with this but I did enjoy being out there in the hunt. Down the stretch against Jon Rahm and Rory, there's no other place I'd rather be."

END_OF_DOCUMENT_TOKEN_TO_BE_REPLACED

Following his triumph, Lowry was also asked a somewhat odd question about the late Queen Elizabeth II's passing, and 'how inspiring' the outpouring of tributes, and grief, at Wentworth had been. In fairness to the Offaly man, he handled it with the grace and class golf fans have come to expect of him. 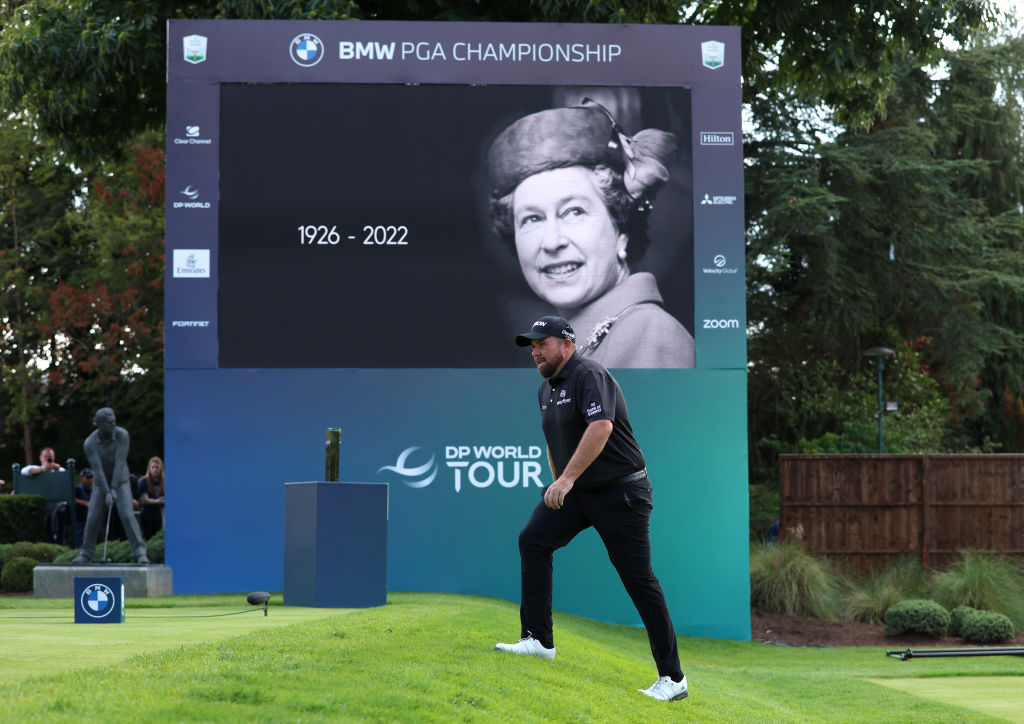 Shane Lowry of Ireland walks onto the tee box on the 1st hole as the LED Screen displays a tribute in memory of Her Majesty, Queen Elizabeth II, at Wentworth Golf Club. (Photo by Luke Walker/Getty Images)

'Just have a celebration of her life' - Shane Lowry

END_OF_DOCUMENT_TOKEN_TO_BE_REPLACED

Tournament organisers opted to postpone the BMW PGA Championship, on Friday, as a mark of respect to Queen Elizabeth II. Following further discussions, the decision was taken to finish out the event on Saturday and Sunday, while paying tribute to the late monarch.

At his victor's press conference, there followed a lovely few words from Shane Lowry when he was asked about 'and emotional and difficult week'. It went down like this:

Q: Just wondering and I appreciate the Queen is not Queen of the Republic of Ireland but such an emotional and difficult week for so many people. Can you talk about the back drop and how inspiring that was?

SHANE LOWRY: "I felt like that was a big decision to be made on Friday, whether to go ahead or not. I felt like the right thing to do was go ahead and just have a celebration of her life this weekend as opposed to, you know, sitting around and moping about it. I think that's what you'd want it do, especially when a person is old, you want to celebrate their life, as opposed to anything else.

"She's obviously an incredible woman and done great things. The whole world is saddened by her loss but great to see the crowds come out yesterday and today. I felt like it was a great way to give a send-off. I know it might not mean much to anyone but I thought that way."

During another interview, Lowry was asked about 'the circumstances this tournament were played in'. The former Open champion obviously had half a mind on LIV Golf when he answered that:

Meanwhile, Shane Lowry has climbed to 19th in the world rankings while Rory McIlroy, who finished a shot back and runner-up, is up to second.