"They had a mission this week."

Team USA captain Steve Stricker cut an emotional figure in the joyous home-town aftermath of his side's record-breaking Ryder Cup victory. It was a golfing massacre at Whistling Straits, and the final player ratings for Team Europe reflect that.

The Americans won four of five sessions, over three days, and split the other one to beat Europe 19-9. In the modern era [28 points up for grabs, instead of 32], this was the biggest beatdown. It was also the biggest winning margin since the USA beat Great Britain & Ireland in 1975.

"They played great and they came together," Stricker reflected. "I just can't tell you, I mean, Brooks and Bryson wanted to play together; that's how much it came together! That shows a lot about this whole team."

END_OF_DOCUMENT_TOKEN_TO_BE_REPLACED

We'll start with the best and go all the way down to Paul Casey. 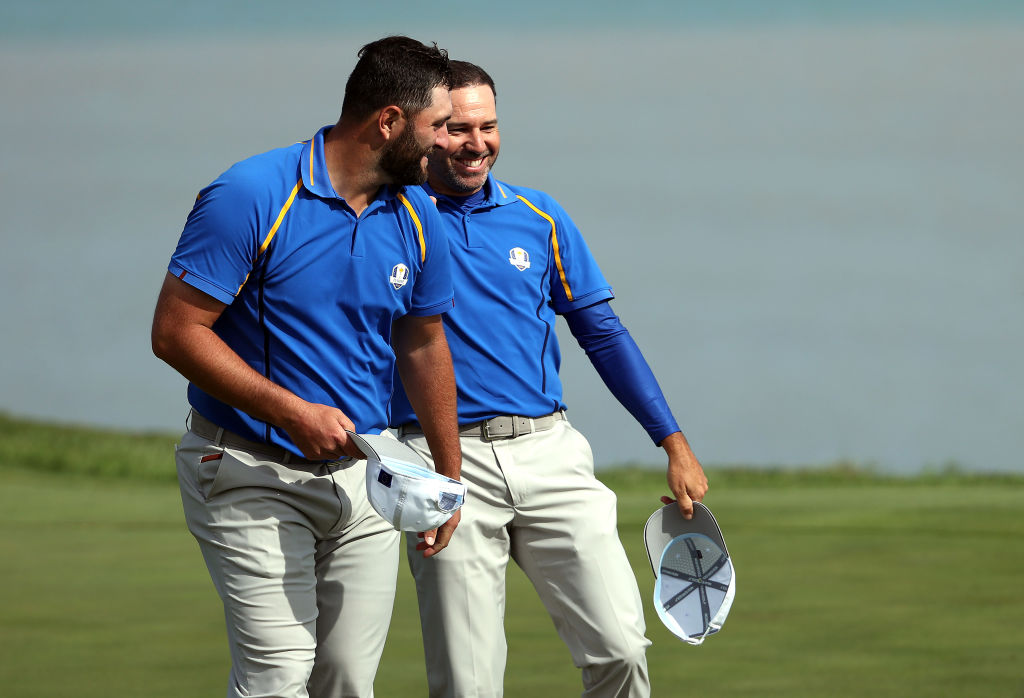 END_OF_DOCUMENT_TOKEN_TO_BE_REPLACED

The Spaniard and world number one - as the US commentators kept hammering home - got 3.5 points [3 wins, 1 draw, 1 defeat] from his five matches. He was putting like a dream and carried Sergio Garcia at times, in their matches, and was crucial in getting a half when paired with Hatton against Scheffler and DeChambeau. Got belted by red-hot Scheffler in the Singles.

Played the perfect water-carrier role for Rahm in the three matches they played, and won, together. Was a bit more wayward in four-balls, but had a couple of magic moments. Got behind early against DeChambeau in the Singles and could never get it back.

END_OF_DOCUMENT_TOKEN_TO_BE_REPLACED

Poulter, who returned one point from three matches, featuring so highly in the ratings just goes to show how rough a ride it was for Team Europe. Was saddled with out-of-touch Rory McIlroy for the four-balls. Could hold his head up high there, but neither match was close. Then went out and beat the impressive Tony Finau in the Singles. 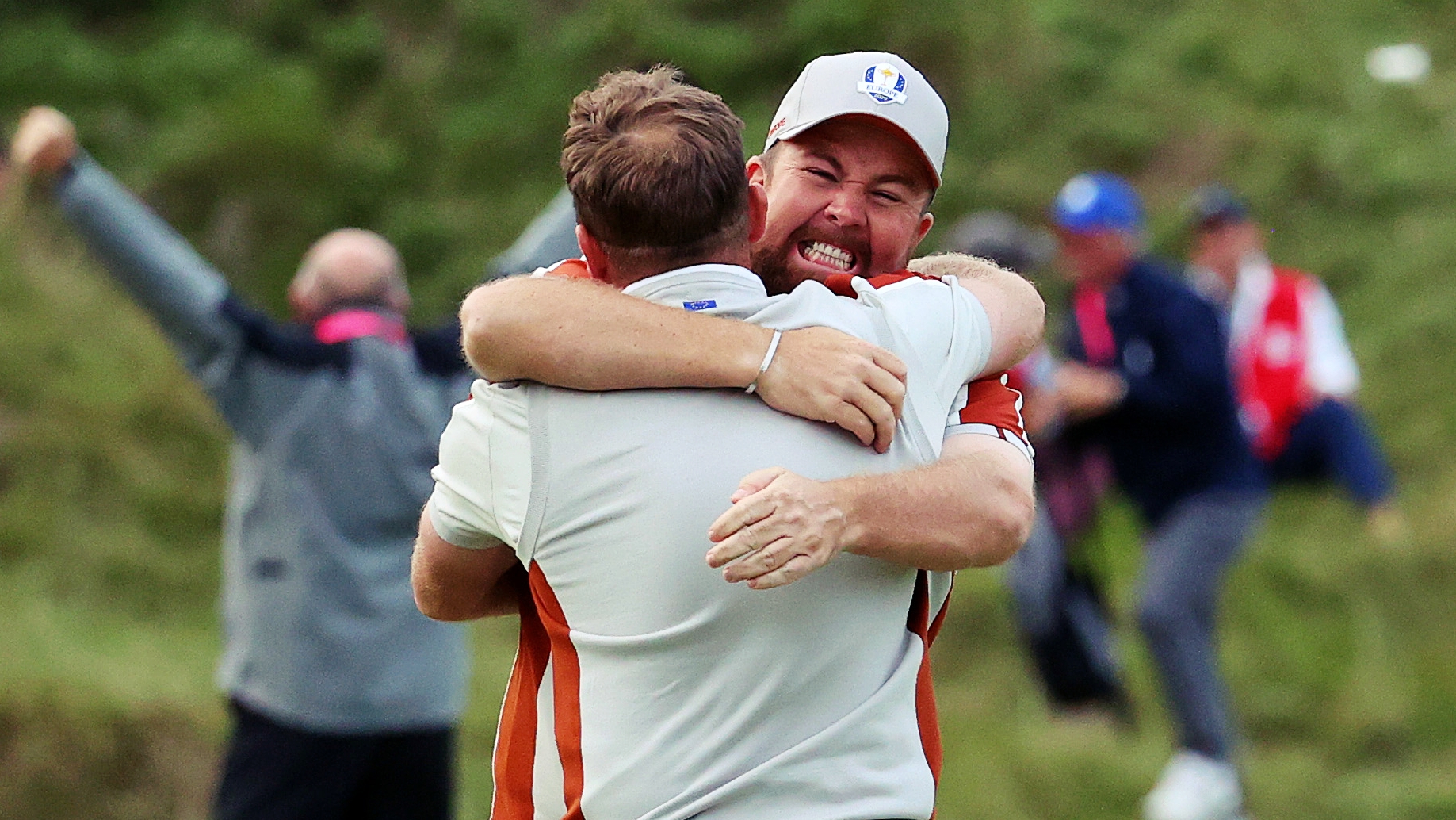 Will be disappointed that he only got three outings as he was well up for a fight. His first ever Ryder Cup match saw him and McIlroy get dished up by Harris English and Finau. Was inspired on Saturday to win a point, in partnership with Hatton against the same duo. Ran into the outrageously good Patrick Cantlay in the Singles.

The only other European, aside from Rahm, that played all five games. Finished up with only one point [0-3-2] but had a number of big moments. Three of his matches went to the 18th and he halved his Singles match with Collin Morikawa. Putter ran cold on Saturday and opened the door to the Americans on a few occasions, after bright starts.

His putting game - draining long-rangers and missing eight to 10-footers - was incredibly frustrating to watch. Ended up with a half-point when he drew with Jordan Spieth on Sunday.

A mixed bag from the pugnacious Englishman. Got a point against DeChambeau and Scheffler in the company of Jon Rahm. Rode Lowry's hot streak, on Saturday, before stepping up big on 16 and 17. Still needed Lowry to win that full point, on 18, against English and Finau.

A non-entity up until the Sunday Singles, when he beat English on 18 after being two down with four to play. Most likely his final Ryder Cup. It's been a hell of a ride. 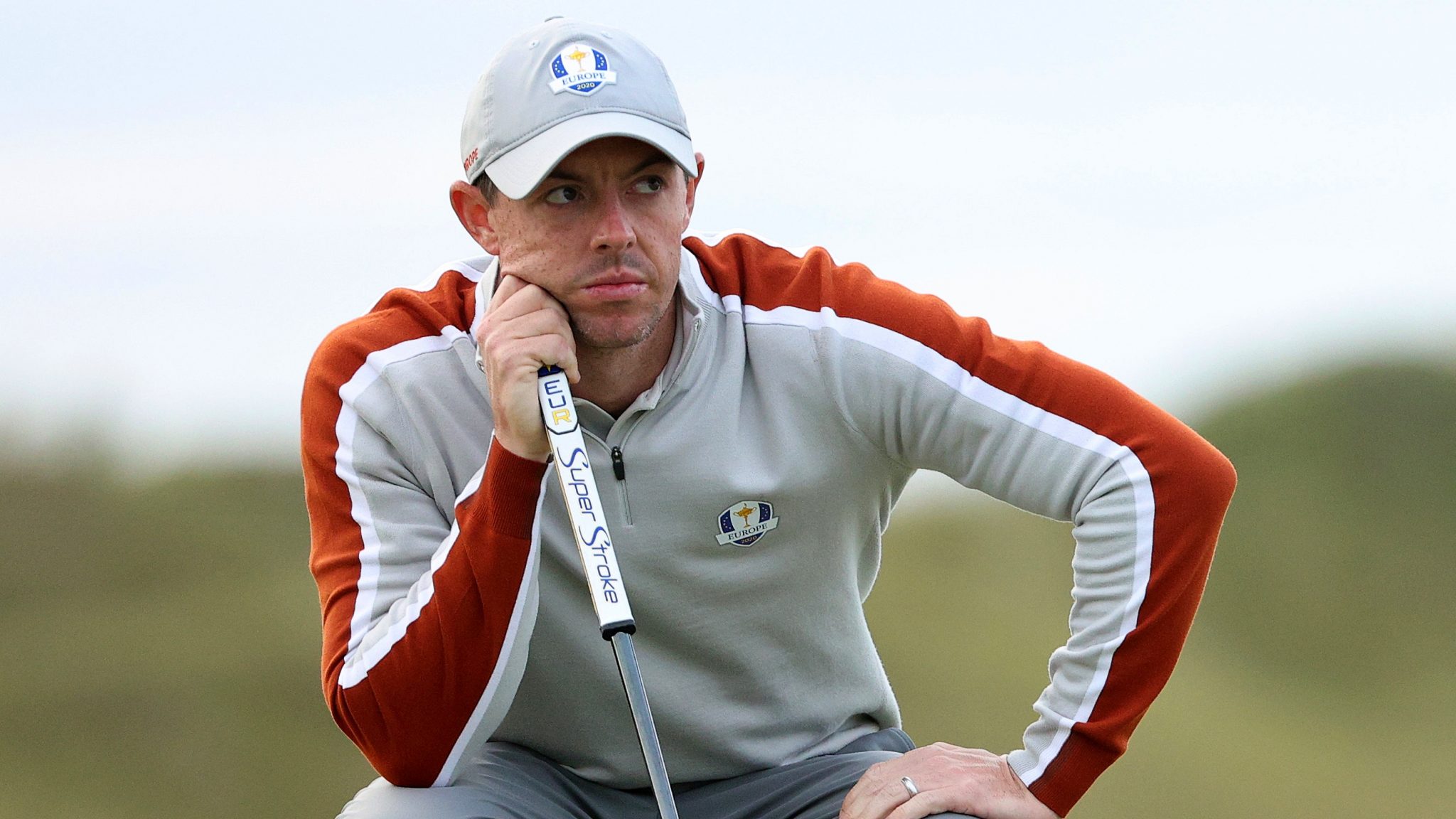 Having lost five straight Ryder Cup matches, between the end of the 2018 competition and Saturday night, McIlroy was rock bottom. Dragged down Poulter in their matches and only offered spartan help to Lowry. Rebounded to see off Olympic champion Xander Schauffele in the Singles.

You hope he learns from the experience and comes back better. Went 0-3 but was never blown out. Let down by his putting at crucial moments.

Paul Casey went 0 for 4 and, aside from one glorious chip-in approach from way off the fairway, had some howlers. There was the short putt missed on 18, in his Singles match, to gift Dustin Johnson a full point. And that was after recovering from this, on 12:


popular
World Cup 2022 Day 10: All the major action and talking points
Iran demand action by FIFA after USA team change flag on social media
Thibaut Courtois warns teammates after leaks emerge from Belgium camp
"I can absolutely say that I have never enjoyed a job more" - McKaigue revelling in new role as Slaughtneil GPO
Roy Keane's issue with Argentina star could rival Graeme Souness and Paul Pogba
"I have equal love for football and hurling" - Sheehy set for two Leinster finals in two hours
"I appreciate Moycullen now more than ever" - Cooke's American lifestyle from a Moycullen base
You may also like
2 months ago
Cameron Smith refuses to answer disrespectful question about Rory McIlroy
2 months ago
Shane Lowry was nothing but gracious when asked about Queen Elizabeth II, after Wentworth triumph
2 months ago
"You've won enough!" - Shane Lowry and Rory McIlroy embrace after Wentworth nerve-shredder
2 months ago
Shane Lowry beats Rory McIlroy to PGA Championship after thrilling finish at Wentworth
2 months ago
Cameron Smith one of six golfers announced as latest LIV Golf stars
3 months ago
'Seeing 18 LIV Golf defectors at Wentworth will be hard for me to stomach' - Rory McIlroy
Next Page