Let's get the obvious one out of the way - FRANCESCO MOLINARI = 10.

The Ryder Cup trophy is staying in Europe and America's record of not winning it away from home soil will, come 2022, stretch to 29 years.

Thomas Bjorn's men came from 3-1 down to win 17.5 to 10.5 and stun the star-studded American side. Europe's undoubted star was Francesco Molinari, who joined forces with Tommy Fleetwood to smoke all comers on Saturday and Sunday.

It was fitting that his win over Phil Mickelson secured the clinching point for Europe and saw him finish with a perfect record of 5-0. As Jack Nicklaus declared:

My congratulations to Capt @thomasbjorngolf and the @RyderCupEurope team! Obviously they played some terrific golf as a team and as individuals (e.g. @F_Molinari 5-0! Wow!). Still proud of @RyderCupUSA & Capt @jimfuryk! Europeans just played better! Period!#RyderCup

'The Golden Bear' know his golf and he knows a gem when he sees one.

Here is how we rated the combatants: 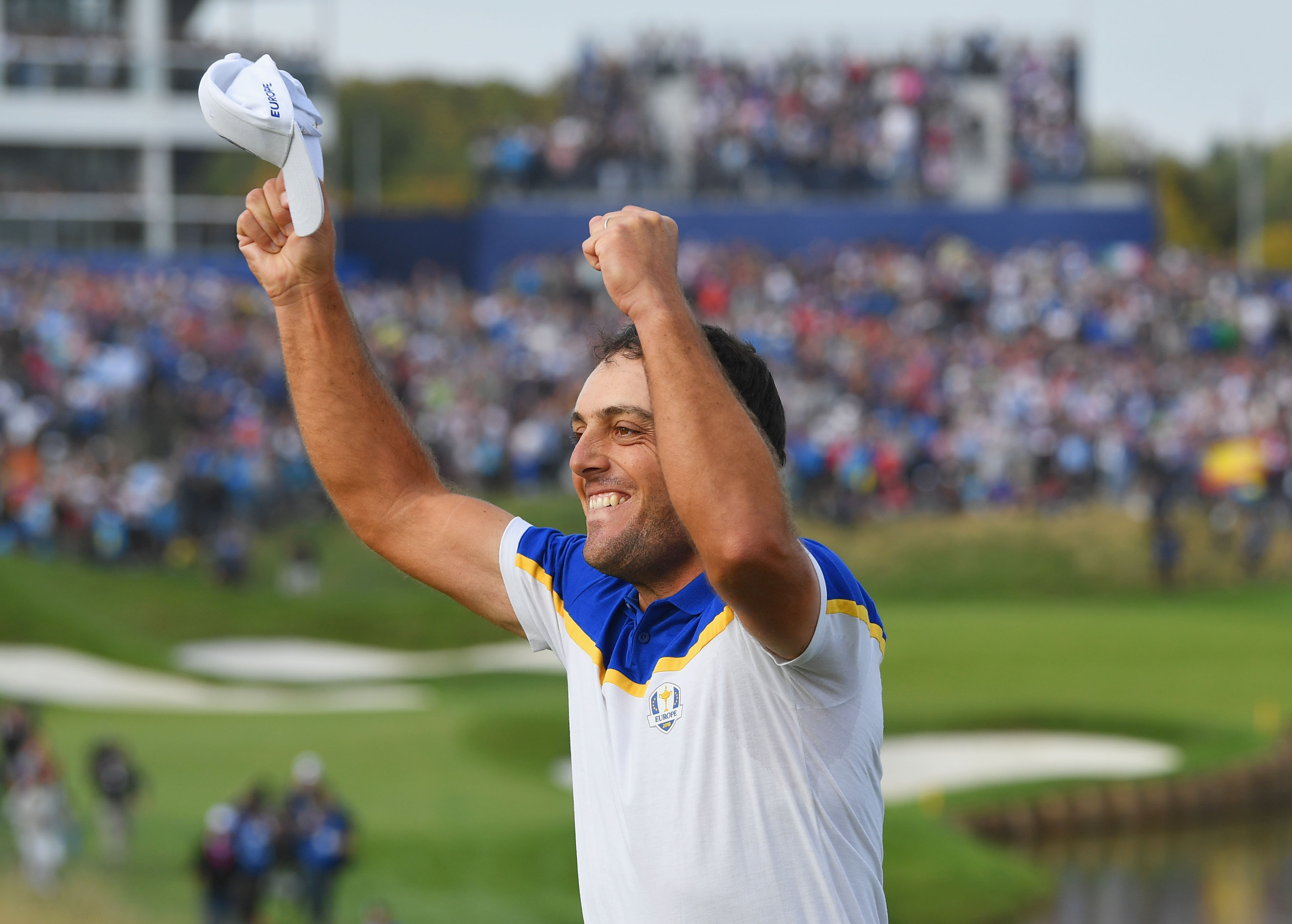 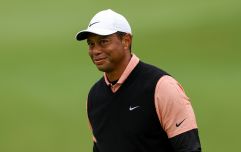 END_OF_DOCUMENT_TOKEN_TO_BE_REPLACED

Most ever points by a Ryder Cup rookie. Was arrowing in approach shots, peppering flags and draining long putts. An inspiration and a lively presence. Got well beaten in the Singles, by Finau, but delivered four whole points for the cause. Even flew home, on Friday, to attend his son's 1st birthday party.

Only played three matches but he won each one. Teamed up with Justin Rose to beat Dustin Johnson and Rickie Fowler on Friday and, with Rose again, did for Johnson and Koepka the next day. Walloped Watson 5&4 in the singles. 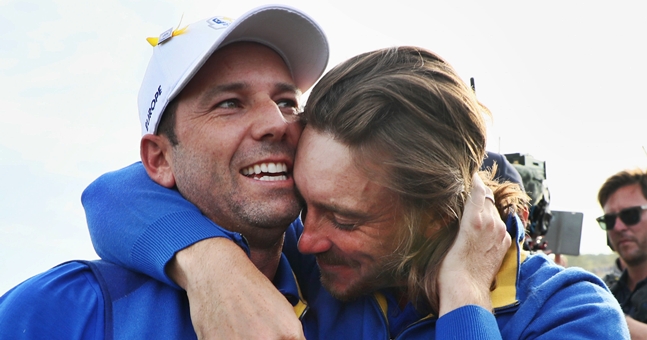 Europe's newest record points scorer in the Ryder Cup. Loves this competition and justified his inclusion as a captain's pick. Teamed up well with Rory McIlroy and Alex Noren and beat the lacklustre Rickie Fowler 2&1 to move to 25.5 points in his Ryder Cup career.

Came out the gates slinging birdies around and helped Europe get a foursomes whitewash on Friday. The Swede and Garcia were -6 after nine holes to blitz Mickelson and DeChambeau. Lost to watson and Simpson on Saturday but defeated DeChambeau on Singles Sunday with one hell of a putt on the last.

Carried the slow-starting McIlroy for much of his opening game in the Ryder Cup - a loss to Dustin Johnson and Rickie Fowler - and was not seen again until Sunday. Proved his worth, and proved a point, by destroying Jordan Spieth in the singles, 5&4.

He is immense in this tournament. Unlucky to lose his opening fourballs with Jon Rahm but was unbeatable when teamed up with Stenson. Beaten by Webb Simpson in a somewhat surprising result on Sunday.

Casey and Brooks Koepka were the only match-up in the entire tournament to shared a match. That in itself against the undoubted best golfer of 2018 is quite an achievement. Lost to Thomas and Spieth on Friday but, with Tyrrell Hatton again by his side, got an important point against Johnson and Fowler.

After getting off to a flyer with Rory McIlroy on Friday, he was then well beaten in fourballs and foursomes on Saturday. Justin Thomas hammered the hammer but Poulter bounced back to defeat Dustin Johnson on Sunday and was free to once again thump his chest. 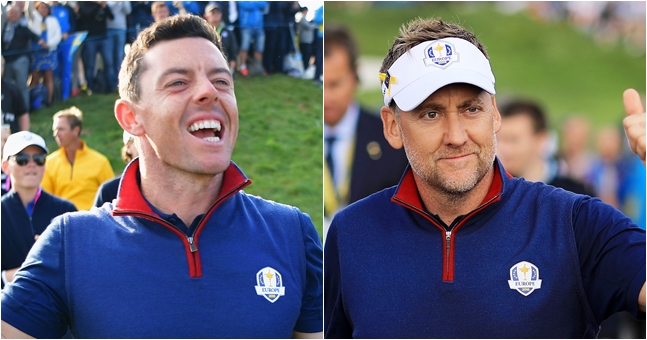 Would have been higher but for his disaster on 18 in his singles loss to Thomas. Bad start and a bad finish but some McIlroy magic in between, delivering points for wins over Watson and Simpson, and Koepka and Finau.

Got two run outs, with Paul Casey, in the fourballs and delivered a point on Saturday morning to strengthen Europe's grip. Lost to Reed in his singles match.

Was looking grim for the Spaniard after going 0-2 in his first two games. Turned it all around by brilliantly defeating Tiger Woods in his singles duel.

Won three of his four matches with Jordan Spieth and was the driving force in two of those wins. Led from the front on Singles Sunday and defeated Europe's talisman, Rory McIlroy.

Lost one match on Friday afternoon when teamed up with Bubba Watson but his putting heated up something fierce for the final two days. Redeemed himself, along with Watson, in the Saturday foursomes and comfortably beat Justin Rose on Sunday.

The only surprise now, given his debut performance, was that he did not play more than three games. Got Team USA off to a winning start with Brooks Koepka on Friday. Could not repeat the dose on Saturday but annihilated Tommy Fleetwood 6&4 on Sunday.

Delivered three points to his team - second only to his Friday and Saturday partner Justin Thomas - but got unmercifully rumbled by Thorbjorn Olesen on the final day. Patrick Reed later claimed Spieth did not want to play with him. 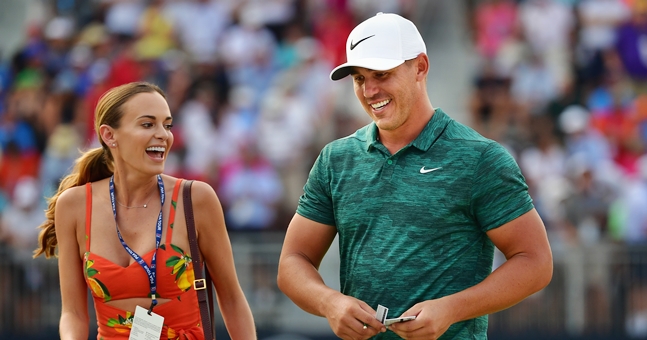 Did okay, but no more than that, on his Ryder Cup debut. Won with Finau on Friday morning, lost to Garcia and McIlroy on Saturday morning and suffered the same fate, against Stenson and Rose, that afternoon. Halved his match with Paul Casey for a return of 1.5 points.

Was said to be under the weather on Friday, losing his foursomes match and elbow-bumping instead of shaking hands. Bounced back with Webb Simpson on Saturday but was stomped on by Stenson in the singles, losing 5&4.

Played four, won one. Another Ryder Cup to forget for Fowler, who looked to be playing on auto-pilot at times. 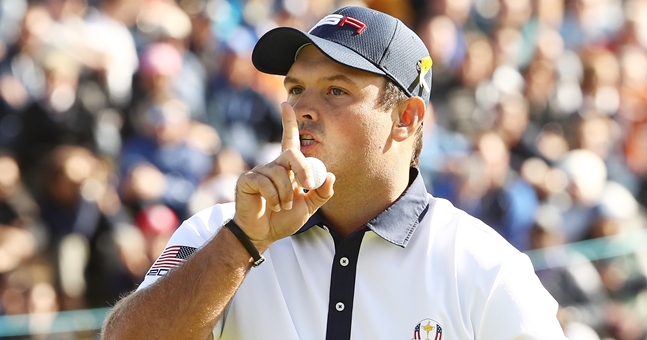 Was a disruptive presence on Team USA. Not well liked by many teammates, Spieth apparently asked to play with Thomas over the Masters champion. Dragged Tiger Woods down in their Saturday match - three balls in the water and another out-of-bounds - but did for Tyrrell Hatton on the Sunday.

Paired with Phil Mickelson for his debut match, on Friday, but it went badly wrong (+4 after nine holes). Unfortunate to come up against Molinari and Fleetwood on the Saturday, losing 5&4 with Woods for company. Only lost his singles match to Noren when the Swede sank a 60-foot putt on 18.

Was only saved from a worse fate by sinking some monster putts. Well beaten in a couple of his matches and lost out on Sunday to a dialled in Ian Poulter.

You can see why Jim Furyk picked him and he is said to be a popular, mentoring figure within the team. Looked rank bad in Paris, though, and left debutant DeChambeau in all kinds of soup. Had a tough task in facing the red-hot Molinari on Sunday but fell behind quickly (3 DOWN after five holes) and clung on until finding water on 16.

Was cleary shattered after the exertions of winning the PGA Tour Championship and hopping straight on a plane to Paris for the week. Putting the 42-year-old out four times over the three days proved too much and his bad Ryder Cup record got much worse.


popular
Inbetweeners star sends All-Ireland semi-final message to Derry cult hero
"Jesus they never shut up, do they?" - What it was like training under Rory Gallagher and Jim McGuinness
Only die-hard rugby fans will get full marks in our Ireland vs. All Blacks quiz
Dublin edge Kerry in combined team as 'underdogs' get the nod on paper
"Sometimes a manager has to make those bold and tough calls." - Kerry's Paudie Clifford conundrum
Local press follow the All Blacks but miss out on Tadhg Furlong show
Your guide to a massive weekend of sport and how to stream it all
You may also like
1 month ago
Rory McIlroy in awe of "unbelievable" Tiger Woods but better off without him
1 month ago
Rory McIlroy response to doubters on his final hole was such a relief
2 months ago
Tiger Woods reveals when he plans to play in another major
2 months ago
Tiger Woods details his recovery ahead of day two at the Masters
3 months ago
"I can hit the ball just fine... now walking is the hard part" - Tiger Woods
1 year ago
How a trip to Tiger Woods' trophy room taught Rory McIlroy what's what
Next Page