Rory McIlroy will "more than likely" represent Ireland at 2020 Olympics

Rory McIlroy plans to represent Ireland at the 2020 Olympic Games.

Speaking ahead of the upcoming PGA Championship, McIlroy admitted that "more likely than not, I will play" in response to a question about his willingness to feature at Tokyo 2020.

The Northern Irish golfer memorably withdrew from Ireland's 2016 squad in Rio de Janeiro over concerns about the Zika virus and it remained to be seen if McIlroy would make himself available for Ireland next year.

Before declaring his allegiance for Ireland in 2014, McIlroy had the choice to represent Britain but speaking to reporters in New York this week, the 30-year-old revealed his plans to fulfil his dream of playing for Ireland in Tokyo. 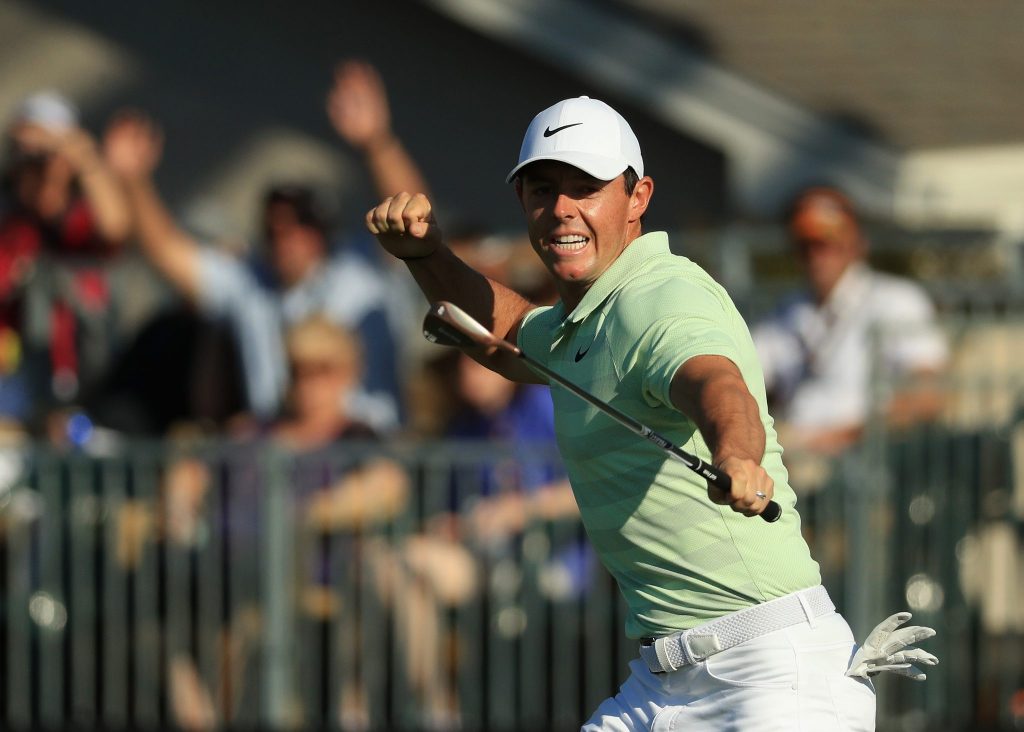 END_OF_DOCUMENT_TOKEN_TO_BE_REPLACED

"So then obviously when you put the Olympics into the equation and then there’s a choice to be made, you really have to start thinking, okay, well, what are your beliefs and your values? It makes you sort of have to delve a little bit deeper. It’s not just a superficial decision. It’s something that you have to really believe in.

"I’ve thought about that for a long time, and in the end, it was the fact that when I was a little boy and I got that first call up to the national squad to go on to Citywest and be a part of the (Golfing Union of Ireland) youth system or the boys or whatever, you know, and making that team and playing in home internationals, I was so proud to do that.

"So why would it be any different just because it’s a different golf tournament or because it’s a different arena or a different environment? That was basically what it came down to. I mean, I had an unbelievable amateur career, and I don’t mean that in terms of results, but I mean that in the experiences I had and the trips that I had and the friendships that I made and the friendships that I still have to this day. That was all because of playing for Ireland and getting close to some of those guys."


popular
The SportsJOE 12 o'clock quiz | Day 191
QUIZ: Guess the Premier League footballer from their Wikipedia page
QUIZ: Can you name every top European football club that begins with 'L'?
"I remember looking at the players, in the warm-up, and Keats was just bawling crying"
The SportsJOE 12 o'clock quiz | Day 190
Dana White claims Conor McGregor broke 'man code' by sharing DMs
SportsJOE 2000s Football Quiz | Round 1
You may also like
6 days ago
"He's found a way to do it. Whether that's good or bad for the game, I don't know"
3 weeks ago
Amateur golfers all over the world unite to emphatize with Rory McIlroy
1 month ago
Collin Morikawa makes huge world rankings leap as Lowry drops back
1 month ago
Rory McIlroy defends Dustin Johnson after Brooks Koepka comments
1 month ago
Rory McIlroy speaks superbly on conscience call that cost him at US PGA
3 months ago
McIlroy and Koepka confirm Nick Watney interactions after golfer tests positive for Covid-19
Next Page