"So that's a really cool perspective to have."

Rory McIlroy is heading into his 13th US Masters tournament with just about every omen pointing against him ending his long wait for a fifth Major. A recent McIlroy Woods meeting, though, has altered his outlook.

The Holywood native has three Top 5 finishes at Augusta National, but has placed no higher than fourth in his 12 previous outings. He has recently struggled in his tour outings since admitting to tweaking his swing in an effort to generate more ball speed and distance off the tee. 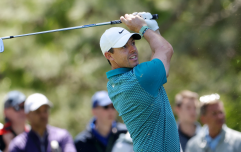 END_OF_DOCUMENT_TOKEN_TO_BE_REPLACED

McIlroy has not won a Major since 2014 and though he claimed The Players Championship in 2019 and started 2020 in decent form, his performances have dipped since golf returned from the Covid pandemic-enforced break.

In the past, he has spoken about trying to avoid the pressure of Major tournaments, when the big weeks come around, but a recent visit to Tiger Woods has convinced him about the tournaments where one needs to embrace the circus.

McIlroy says he went to visit Woods at his Florida home, two weeks ago, and checked up on the golf legend after his bad car accident in early March.

"I went over and saw him," McIlroy told reporters. "Spent a couple hours with him, which was nice. It was good to see him.

"It was good to see him in decent spirits and actually not as, you know... like when you hear of these things and you look at the car and you see the crash, it's like, you think he's going to be in a hospital bed for six months. But he was actually doing better than that.

"A few of us that live down in South Florida went to see him. I'm sure he appreciates that. And, again, as I said, everyone would love to see him back out here again. I think myself, J.T [Justin Thomas], Rickie [Fowler], DJ [Dustin Johnson], Brooks [Kopeka], all those guys down there, we all have a responsibility to try to keep his spirits up and keep him going and try to get him back out here." 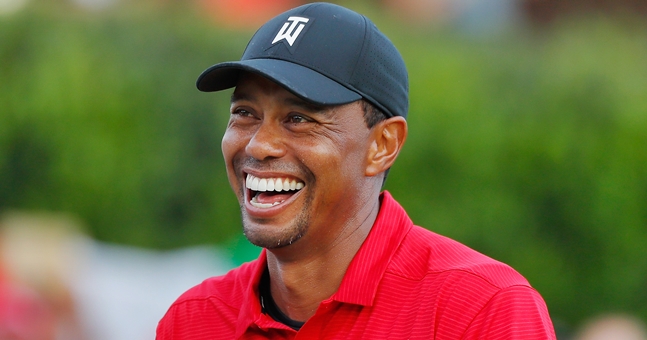 On how he is going to approach the four Majors in 2021, and beyond, McIlroy spoke about that visit to see Woods and what the American had on display in his trophy cabinet.

"I think the circling them on the calendar is probably the best way to go," said McIlroy.

"I was thinking about this. So I went over to Tiger's house a few weeks ago to see him, and in his family room he's got his trophy cabinet and it's his 15 major trophies. I said, 'That's really cool. Where are all the others?'

"I was driving home, and I was thinking - I mean, he talked - that's all he cared about, all he cared about. So how easy that must have felt for him to win all the others. That was just always in my mind, he talked about these are the four weeks that matter. So the weeks that didn't matter, you know, he racked the [trophies] up at a pretty fast clip.

"But I'm just thinking to myself, how easy must that have felt for him if all he cared about were four weeks a year. The other stuff must have been like practice. So that's like a really... that's a cool perspective to have, right?" 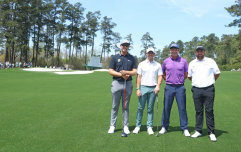 END_OF_DOCUMENT_TOKEN_TO_BE_REPLACED

To pull back for a moment, Woods has 109 career titles to his name [not including team trophy wins, such as Presidents Cup and Ryder Cup]. So that is 94 trophies out there in the world and Woods does not know where they are.

The Majors are what you will be remembered by and, most likely, what the player will remember when he hangs up his golf shoes for good.

"Yeah," concluded, "that's all I could think about on the way home. And I was glad he was okay, too!"