"Nobody would love it more to see him win the Masters than me."

Heading into the US PGA, back in March, Rory McIlroy was enjoying a fantastic run of form. The Northern Irishman had top five finishes in seven events in a row and that included the HSBC World Championship.

McIlroy looked to have regained his focus and many tracked it back to his second round of 65 at Royal Portrush, last July. The local favourite shot a disastrous opening round of 79 to all but doom his chances but rallied superbly to go agonisingly close to making the cut. He fronted up in post-round interviews and admitted he needed to do more.

END_OF_DOCUMENT_TOKEN_TO_BE_REPLACED

That round kicked off an impressive run of 11 tournaments where he was never outside of the top 20 and won twice, including the tour championship. There was an element of truth in Brooks Koepka's comment, late in 2019, that he did not see McIlroy as a rival as he had not challenged him for majors, over a number of years, but 2020 was shaping up nicely as the beginning of a special rivalry.

The Covid-19 pandemic then say all golfing majors postponed [the 2020 Open Championship scrubbed completely] and tournaments delayed for over three months. The pro game returned three months ago and the lay of the land is completely different.

Colin Morikawa won the US PGA, Bryson DeChambeau is the US Open champion, Justin Thomas, Jon Rahm and Dustin Johnson have all traded the World No.1 ranking while Koepka's knee issues saw him miss the US Open. As for McIlroy, he is now a father but the form he had in late 2019 and early 2020 has deserted him. 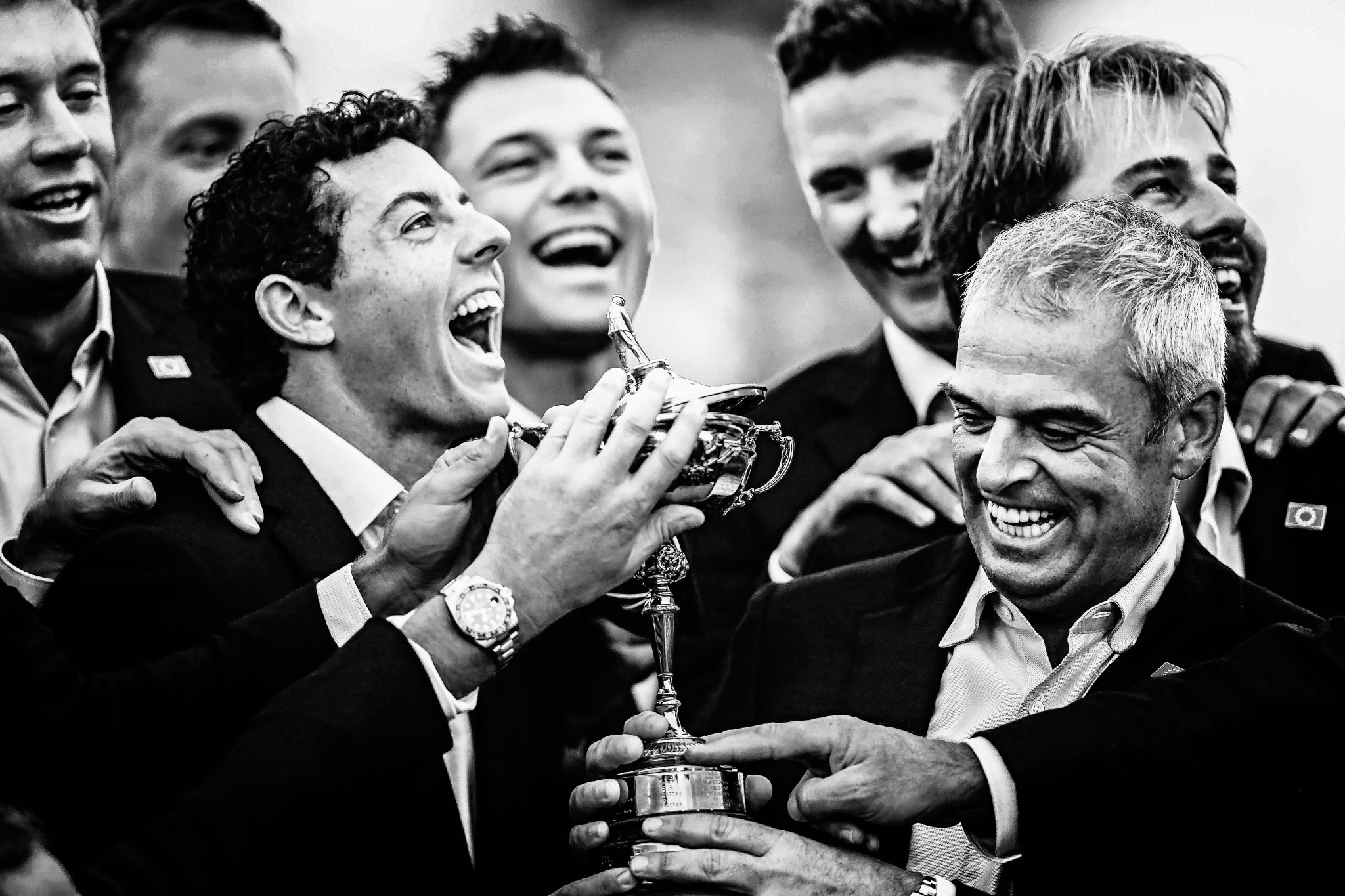 END_OF_DOCUMENT_TOKEN_TO_BE_REPLACED

Watching McIlroy go from sublime to struggling at Winged Foot, last weekend, one got a sense that the four-time major champion had regressed again. That his focus was sketchy.

Following the US Open on TV and keeping an eye on the Twitter consensus, over that tournament, many Irish golf fans felt Paul McGinley, who was co-commentating over on Sky Sports, was too hard on the 31-year-old.

Speaking at the launch of the 'Leaders Lounge' event, McGinley - an Allianz ambassador - openly offered his opinions on a player whose career he has followed closely, and who helped him to Ryder Cup success in 2014.

"Listen, my job at Sky is not to be a cheerleader for Rory," McGinley says. "I've got to give a balanced view of what I see. That's my duty as an analyst, and it's important that I don't cross that line.

"And, yeah, I'm hard on him, in some ways, but I'm also very supportive of him too. I'm hard on him at the moment because he's not performing. He's performed poor, post-lockdown, but if you listen to what I had to say in the six months before lockdown, it was completely different. I was saying this is the best we've ever seen Rory. The most consistent he's ever been and he's on the threshold of something really big. I was really bigging him up.

"But I've got to call it the way I see it, but I really feel that he was in a great position to go on and win the Masters, the way he was trending pre-lockdown. But, since then, he's been poor and I can't sugar-coat it in any other way. It's not about being hard. It's about calling it the way it is, at the moment.

END_OF_DOCUMENT_TOKEN_TO_BE_REPLACED

"Rory would be the first to admit it at the moment. This is not just an opinion, it's backed up by statistics. I don't go out of the limb with some views that are just my own personal view. I normally do it based on statistics and [talk about] why he's fallen off." 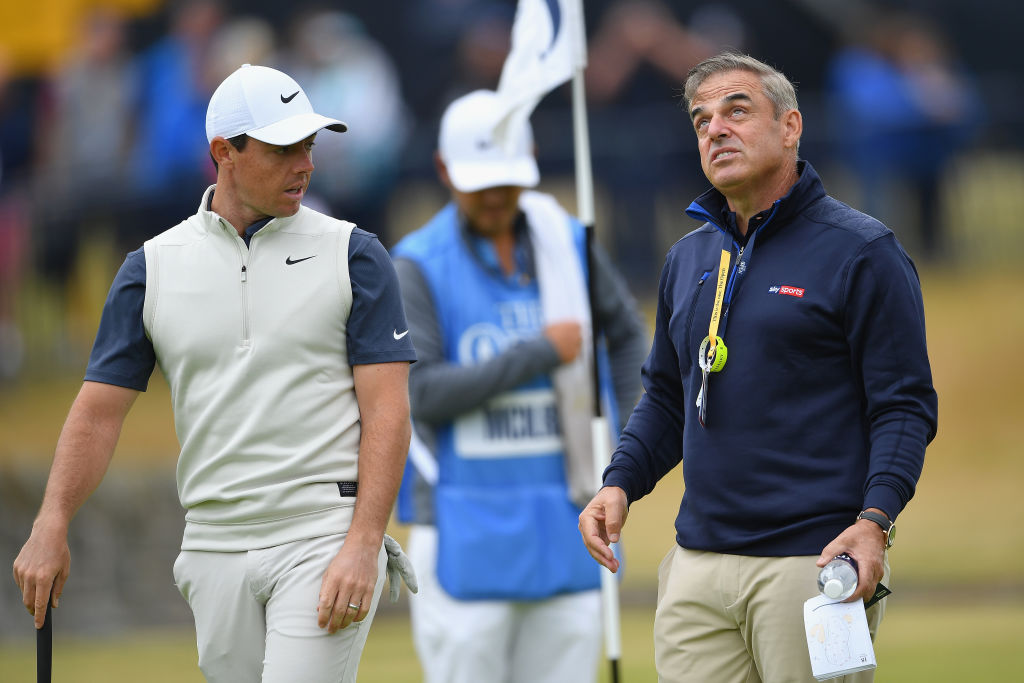 Rory McIlroy with Paul McGinley during previews to the 147th Open Championship at Carnoustie Golf Club in 2018. (Photo by Stuart Franklin/Getty Images)

"I've been saying for quite a while that his focus just wasn't the same," McGinley continues, "and you could see that as every one of his statistics had drifted, post-lockdown, in those first four or five weeks.

"So it wasn't just a case of him putting badly and that was it; every single one of his statistics had drifted. That ells you that the concentration levels, and that drive, wasn't the same.

"As it turned out, then, he was saying that it was because his wife was pregnant and that was on his mind. That may be the case but I had to call it as I see it. I like to think that I'm very fair with him and it's not a case of me being hard on him. I have to call it as an analyst. I've been firm but fair. Sometimes that can be perceived as negative but it's also very positive. I'm a huge fan of Rory's. Nobody would love it more than me to see him win the Masters or win in a really difficult environment, which a US Open is.

"But the statistics will just tell you - Rory has won 28 events worldwide and every one with a score of 12 under par or better. So I have to highlight the fact that every time the conditions get tough, Rory struggles in them. I have to highlight that. I can't sugarcoat it in any other way. All I can do is just be fair, and honest, based on fact."

McIlroy will have a final chance, this year, to end his major wait [his last major win was 2014] when the delayed US Masters takes place at Augusta National in November.

McGinley will be on duty for that event and will be offering up his honest take on events. He will call it as he sees it, but what he would dearly love to see is a dialled-in Rory McIlroy ending up in the Butler Cabin having 2019 champion Tiger Woods placing the green blazer on him. 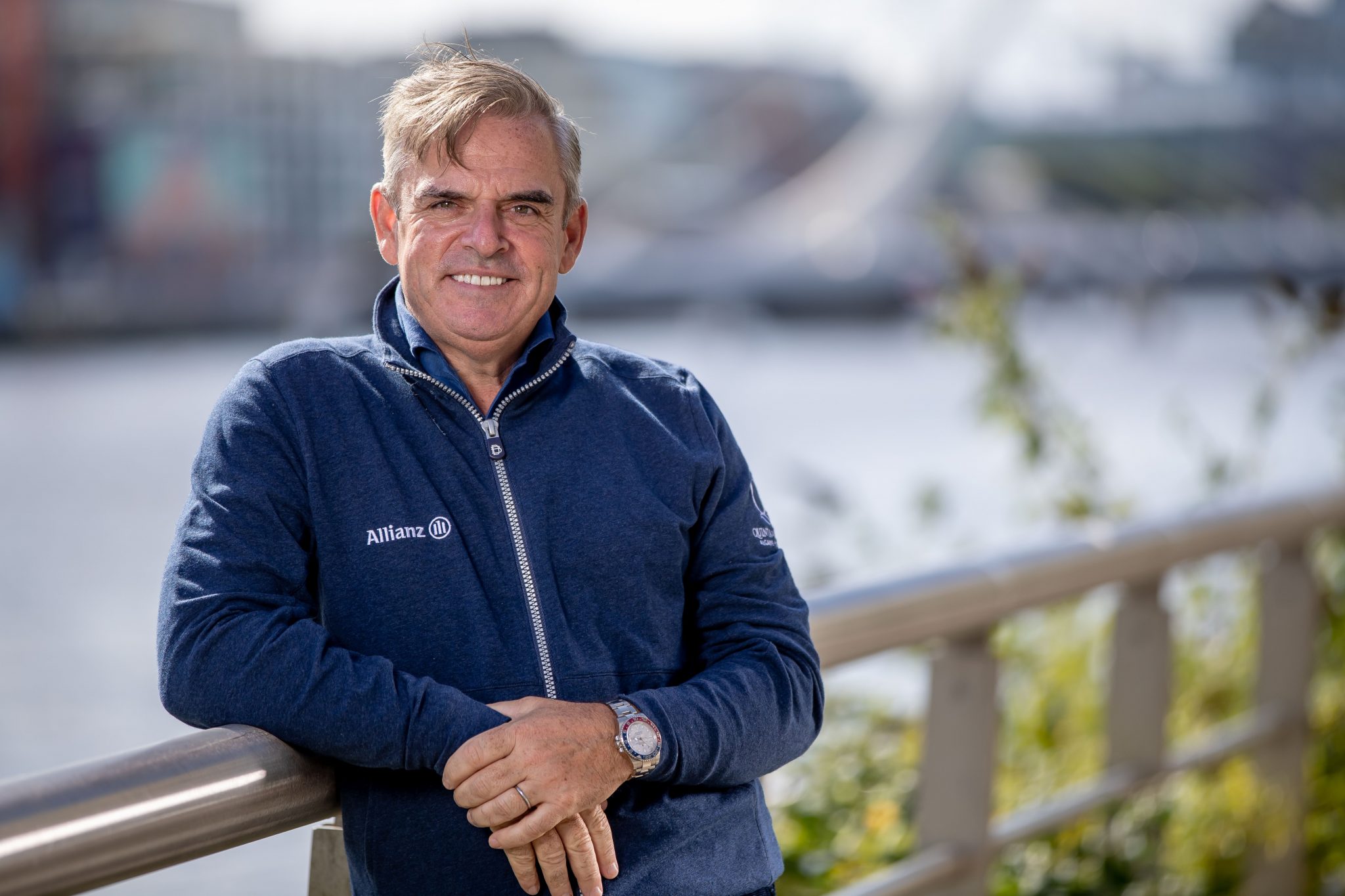 
popular
Specsavers troll former Liverpool star for Darwin Nunez headbutt claim
“Players flourished when Roy Keane left” - Rio Ferdinand on why Keane was a 'detriment' to Man United
"To be able to call myself the fastest man in Irish history is just amazing" - Olatunde overjoyed after record-breaking run
The moment Israel Olatunde realised he qualified for the Euro 100m final is what it's all about
Jamie Carragher on the three Man United players Erik ten Hag can't trust
Wexford, Waterford and Kilkenny down some good men as Australia calls
Jurgen Klopp reacted like everyone else to Darwin Nunez headbutt red card
You may also like
1 month ago
Viktor Hovland made a lovely gesture to Rory McIlroy after his sublime eagle
1 month ago
Tiger Woods on Rory McIlroy's gesture on 18 that caused the damn to break
1 month ago
Rory McIlroy gets Open crowds roaring with ballsy shot on 'Road Hole'
1 month ago
"He shouted fore" - Rory McIlroy accidentally breaks fan's hand with tee shot at Open Championship
1 month ago
Rory McIlroy rides adrenaline from first hole "bonus" to go low at The Open
1 month ago
Tiger Woods goes to town on LIV Golf defectors at Open press conference
Next Page