"I have a whopping one week off coming up and then I go to Europe for three out of four weeks."

With his latest PGA Tour Championship in the bag, Rory McIlroy has a week off with his family before heading to Europe to take part in the DP World Tour end-of-season run-in. Once again, LIV Golf chat will bubble to the surface.

Aside from three tournament wins, 10 Top 10 finishes out of 16 PGA Tour starts and going close at all four majors, McIlroy has been at the vanguard off efforts to stave off the very real threat of LIV Golf.

END_OF_DOCUMENT_TOKEN_TO_BE_REPLACED

The Northern Irishman and 15-time major winner Tiger Woods got 23 of the tour's top players into a room, earlier this month, and got most of them to commit to aligning their schedules for the coming years, and giving their full commitments to a new-look tour. The player-led meeting is in response to the Saudi-funded LIV Golf tour that has already lured over the likes of Phil Mickelson, Brroks Koepka, Bryson DeChambeau and McIlroy's old Ryder Cup teammates Ian Poulter, Lee Westwood, Sergio Garcia, Martin Kaymer and more.

Asked, minutes after he beat Scottie Scheffler and Sungae Im to his third Tour Championship, if there had been a "tribal" feeling to the summer of 2022, McIlroy replied, "Yeah, I think it has got a little tribal. I certainly have that feeling at times.

"It's been different. But in a way, there's been a really... there's been a great thing that's happened, and that's that the 20-whatever of us that met in that room in Delaware all committed, most of us, maybe 22 out of the 23, committed to each other and committed to guys, what can we do to make the tour the best possible product so that we can all benefit.

"I think that was a huge turning point in all of this, and I think all of us getting on the same page. Look, there's opportunity in every challenge, and that was an opportunity for us to all get together. And as you said, it is so individualised, but how can we all sort of work together to move the thing forward."

Now that the 2022 PGA Tour season has been etched into the record books, McIlroy is heading to the BMW PGA Championship, at Wentworth, where he will tee off against many of the golfers that ignored his pleas and jumped ship to LIV Golf. 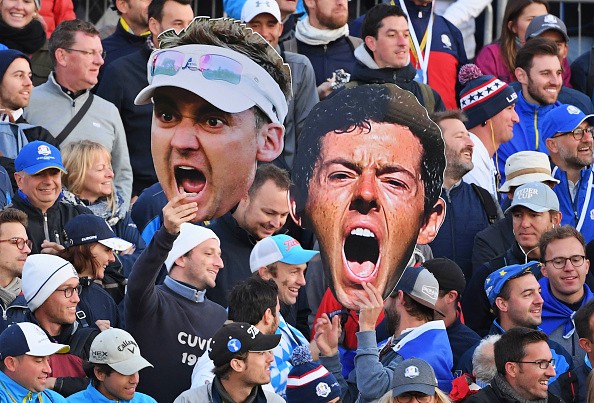 The entry list for the BMW PGA Championship, at Wentworth from September 8 to 11, has a stack of LIV Golf players on it, including Patrick Reed, Abraham Ancer, Talor Gooch, Jason Kokrak and Kevin Na.

END_OF_DOCUMENT_TOKEN_TO_BE_REPLACED

Included in the field either as past Race to Dubai or major winners are Sergio Garcia, Martin Kaymer and Lee Westwood, all of whom have played with McIlroy in Ryder Cup events. Ian Poulter made the entry list as a member of the 2021 Ryder Cup team. Graeme McDowell is also in the field.

Asked by a reporter, at East Lake Country Club, if he felt leading the charge against LIV Golf trying to blow the PGA Tour out of the water with big money prizes and signing bonuses, McIlroy said, "No, I don't think so, because if you believe in something I think you have to speak up, and I believe very strongly about this. I really do.

"I hate what it's doing to the game of golf. I hate it. I really do. Like it's going to be hard for me to stomach going to Wentworth in a couple of weeks' time and seeing 18 of them there. That just doesn't sit right with me.

The first and second round pairings for the BMW PGA Championship have yet to be confirmed, but do not be surprised if tournament organisers have McIlroy in with a Westwood, Poulter or Garcia. If so, it will be even more of a reason to tune in.


popular
Ireland team to play Wales: Andy Farrell's XV, the big calls and bold cuts
Roy Keane reminds everyone of his feelings towards Newcastle United ahead of cup final against Man United
Even Roy Keane felt Michael Dawson went too far with his remark to Tom Heaton
Ireland's self destructive mentality kills Croke Park fight for Katie Taylor
Everton release brutal 59-word statement to confirm Anthony Gordon departure
True beauty of Fitzgibbon and Sigerson Cups lies in the hearts of weaker counties
"Every team did it!" - Paul O'Connell on Roy Keane comment to Ronan O'Gara that he couldn't deny
You may also like
1 month ago
Rory McIlroy explains 'falling out' with Shane Lowry that lasted a few years
3 months ago
Ian Poulter fires back after Rory McIlroy comments on Ryder Cup "betrayal"
3 months ago
Shane Lowry on his Tuesday duels with Rory McIlroy at The Bear's Club
4 months ago
Cameron Smith refuses to answer disrespectful question about Rory McIlroy
4 months ago
"You've won enough!" - Shane Lowry and Rory McIlroy embrace after Wentworth nerve-shredder
4 months ago
Shane Lowry beats Rory McIlroy to PGA Championship after thrilling finish at Wentworth
Next Page