"Because it's just a ripped shirt. That's the thing!"

Rory McIlroy sat down for an hour-long interview and reflected on fame, fatherhood, pressure, Ryder Cup tears and sending his manager to the club shop to get him a new golf shirt after Rip-Gate.

The Northern Irishman rarely fails to deliver in interviews and is nothing if not honest to a fault. His latest pow-wow, four years in the making, with the No Laying Up podcast provides plenty of great insights into how his mind, and game, works. 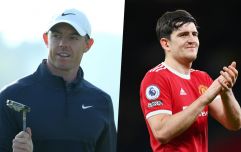 END_OF_DOCUMENT_TOKEN_TO_BE_REPLACED

As most golf fans, casual, diehard or somewhere on the fairway, will know, McIlroy raced to four Majors in rapid time, between 2010 and 2014 and looked set to challenge the likes of Tiger Woods and Jack Nicklaus for big career titles. He has now totted up over 30 career wins, but Major No.5 (and more) eludes him.

The 32-year-old feels the hype around him heading into the US Masters, the one Major he has not yet won, lessens each year, but it remains at the forefront of his mind. It is just a matter of trying to keep as loose as possible when the big four-day stretch comes. 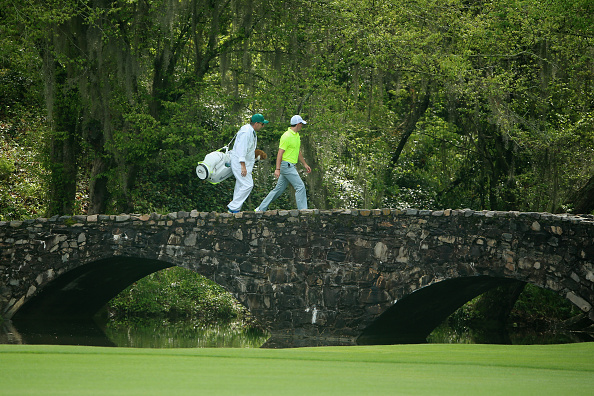 Rory McIlroy on 2015 peak of his fame

At the 2015 Masters, McIlroy arrived at Augusta having won two Majors the previous year. This was his first crack at what would be a career grand slam of Majors.

"It hasn't felt as hype-y as 2015, when it was just like I was on the cover of every magazine, going in there.

"I played well; finished fourth. Jordan [Spieth] just absolutely obliterated everyone else and had an awesome week. I shot 12-under par for the week and played okay, but it wasn't anywhere near good enough to hang with him that week."

McIlroy says he, like many top golfers, often has to battle with the game not becoming a grind. His marriage and birth of his first child, in recent years, have provided him with some fresh perspective on life, but he admits he does look at old pictures and videos of himself and wish he could rediscover that carefree golf of old. 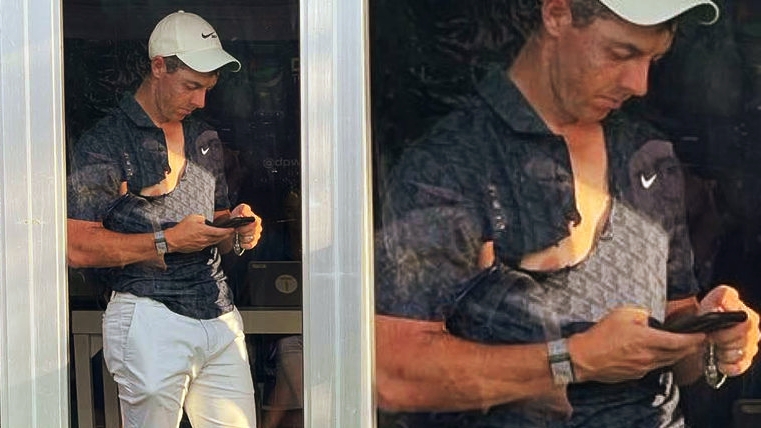 'You dumbass! What was that?'

At the DP World Championship, back in November, Rory McIlroy was well in contention on the final day but fell off on the back nine as Collin Morikawa was steaming to victory.

Following his round, in a pique of anger, he ripped the collar of his shirt and long lens cameras shared the images with the world to see. Asked about it a couple of weeks later, McIlroy was frustrated that it was still a story.

END_OF_DOCUMENT_TOKEN_TO_BE_REPLACED

"I've broken enough clubs. I wasn't going to do that again!

"It was like, 'What is this fascination with this ripped shirt?' I didn't try to rip it down to the nipple! Especially in Dubai, an Islamic country where that's sort of frowned upon - showing skin.

"I was so frustrated. I wasn't playing my best on Sunday. I was okay, I was still tied for the lead. I was like, 'Okay, 15 is a birdie hole. Birdie this hole, see what happens'. I hit this lovely little pitch shot from 50 yards. Hits the pin, comes [back] into the bunker.

"After that, I tried to go for a birdie on 16 and rammed a putt from 30 feet about eight feet by and missed it coming back. I wasn't going, 'Oh gee, poor me'. It was more, I'm such an idiot for reacting to that bad break the way I did. That's what I was angry about.

"Happy for Collin - he played awesome, birdied five of the last seven and he deserved to win - but my reaction to getting a bad break was, 'You dumbass! What was that?' That was why I was angry. That's why I ripped the shirt. Two weeks later, I'm in the Bahamas and still getting asked questions about it and was like, 'Why?!'"

McIlroy says he asked his long-time manager Sean O'Flaherty if he could pop into the pro shop to get him a fresh shirt before he could head off from the course.

Heading into 2022, he still badly wants that Masters green jacket and is not going to shy away from it. He quotes Dr Bob Rotella, the 'mental coach' he has worked with over the past stretch.

"What's wrong with chasing your dreams?"


popular
Six GAA games shown on TV this weekend that you do not want to miss
Andy Moran reveals which former Mayo teammate was the ultimate team player
Paul Galvin is not one bit impressed with the new Kerry jersey
"It’s hard not to respect Johnny, even if you don’t like him!" - Dan Biggar
QUIZ: Which is the correct GAA crest?
Craig Dias on club All-Ireland run, winning Leinster, and making his second debut for Dublin a decade after his first
Ireland Under-17 defender Cathal Heffernan 'in talks' with AC Milan
You may also like
3 months ago
Rory McIlroy back to stunning best as he blows away star-studded field
3 months ago
Rory McIlroy and the Saturday night pep-talk that may yet change his fortunes
4 months ago
"I never really cried or got emotional over what I've done as an individual. I couldn't give a s***"
4 months ago
Rory McIlroy breaks down in tears after winning point for Team Europe
4 months ago
"I told him the absolute truth" - Sergio Garcia on his Ryder Cup talk with Rory McIlroy
4 months ago
Padraig Harrington's 12th hole reaction as McIlroy and Poulter roasted needs no words
Next Page