Well maybe that's getting a little bit ahead of ourselves but his showing at St. Andrews over the weekend was something that the world number one would have been proud of.

The courageous championship turned in by the Greystones man was enough to earn him 30th place which will be viewed as a disappointment by Dunne as he entered the final round as joint leader. 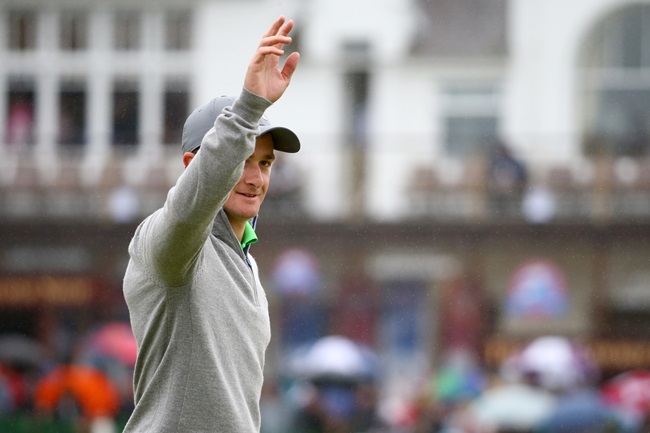 But the performance also saw him soar up 719 places to 896th in the updated world rankings which we're sure he would have taken at the start of the weekend.

The 22-year-old confirmed that he has no plans to turn pro just yet but if you're shooting 66s in any round of The Open, then you should probably consider giving up your amateur status.


popular
"Johnno went, 'We’re not moving! You're trying to mess us about!'" - Ben Kay recalls red carpet controversy
"Some of the generals wanted me executed" - Irish rugby legend on flag caper that went wrong
Tommy Fury spotted having the time of his life at student night out
No Simon Zebo or John Cooney as Ireland gather 50 players for one-day camp
Peter Keane's future as Kerry manager in doubt after strange statement
Clinton Morrison shares advice Roy Keane gave him on morning before Saipan showdown
Garry Ringrose challenges "pretty ridiculous" changing conditions for women's players
You may also like
1 year ago
Padraig Harrington talks us through the greatest shot of his career
2 years ago
Harrington recalls tale of Mickelson's five-figure tab that he had to pay
2 years ago
Jordan Spieth and Rickie Fowler back Open return to Portrush
2 years ago
"There is no coming back for Rory McIlroy"
2 years ago
'Little fat kid with the glasses' and one of golf's best predictions
2 years ago
Brooks Koepka hits out at playing partner J.B Holmes for tortuously slow play
Next Page