Under Armour made a shrewd move, in 2013, when they signed up Jordan Spieth to a 10-year clothing and sponsorship deal.

The Texan now has two Major wins and is one shot off the lead at The Open Championship.

END_OF_DOCUMENT_TOKEN_TO_BE_REPLACED

Spieth just happens to be behind 22-year-old Irishman Paul Dunne. Playing collegiate golf out of the University of Alabama, the Wicklow native shares The Open lead, at -12, going into today's final round.

Dunne has already been mistaken for Spieth by fans at St Andrews and that could well be down to the fact that he is kitted out in similar Under Armour gear.

While Dunne does not have any deals signed with the Baltimore-based sports clothing company, he was supplied with some nifty polo tops, pullovers and windbreakers.

His surge to the top of The Open's leaderboard earned Under Armour an awful lot of free advertising on Sunday.

Under Armour got $1.725M worth of TV ad time on Paul Dunne’s apparel today, per @apexMGAnalytics. Not bad for someone they don't pay.

In fact, and this just crossed our mind, Under Armour are getting more gratis advertising from us for merely writing this article. Crafty.

The TV coup has been lauded in The Baltimore Sun, who have a unique way of describing Dunne's appearance.

Jeff Barker writes: 'Dunne, who has a slight build and bears a resemblance to actor Topher Grace, is the surprise of the tournament. Through 54 holes, his 12-under par ties him for the lead with Jason Day and Louis Oosthuizen.' 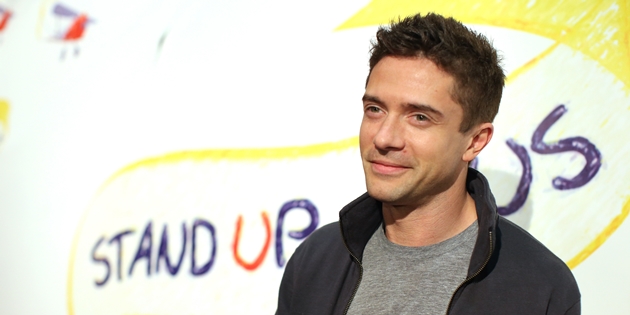 
popular
"Johnno went, 'We’re not moving! You're trying to mess us about!'" - Ben Kay recalls red carpet controversy
"Some of the generals wanted me executed" - Irish rugby legend on flag caper that went wrong
Tommy Fury spotted having the time of his life at student night out
Peter Keane's future as Kerry manager in doubt after strange statement
Garry Ringrose challenges "pretty ridiculous" changing conditions for women's players
No Simon Zebo or John Cooney as Ireland gather 50 players for one-day camp
It won't mean much but Pat Spillane's compliment to Mayo and to Lee Keegan says it all
You may also like
2 years ago
Jordan Spieth and Rickie Fowler back Open return to Portrush
2 years ago
"There is no coming back for Rory McIlroy"
2 years ago
'Little fat kid with the glasses' and one of golf's best predictions
2 years ago
Brooks Koepka hits out at playing partner J.B Holmes for tortuously slow play
2 years ago
Shane Lowry guaranteed for Ryder Cup despite frustrating points rule
2 years ago
Brendan Lowry gives class interview to BBC after Shane's epic Open win
Next Page