One of those comments that sounded great at the time but ended up coming back to bite Rory McIlroy.

Following an impressive third round at The Masters, which included a birdie on 18, a pumped up Rory McIlroy spoke about his final day pairing with Patrick Reed.

The Northern Irishman and American had famously duelled at the 2016 Ryder Cup, with Reed nicknaming himself 'Captain America' and beating McIlroy in a high octane singles match. Both men headed into the final round in good form but with Reed three shots better off, at -14.

"I'm really excited to show everyone what I've got, to show Patrick Reed what I've got and all the pressure is on him.

"He went to Augusta State University and has a lot of support and I'm hoping to come in here and spoil the party."

McIlroy will have to wear those comments for a while yet after his final round 74 left him six shots back of Reed, who ended up beating Rickie Fowler to the coveted green jacket. The Holywood native ended up in a tie for fifth and his round was littered with errant drives, tentative approach shots and a lot of putts missed to the right of the hole. 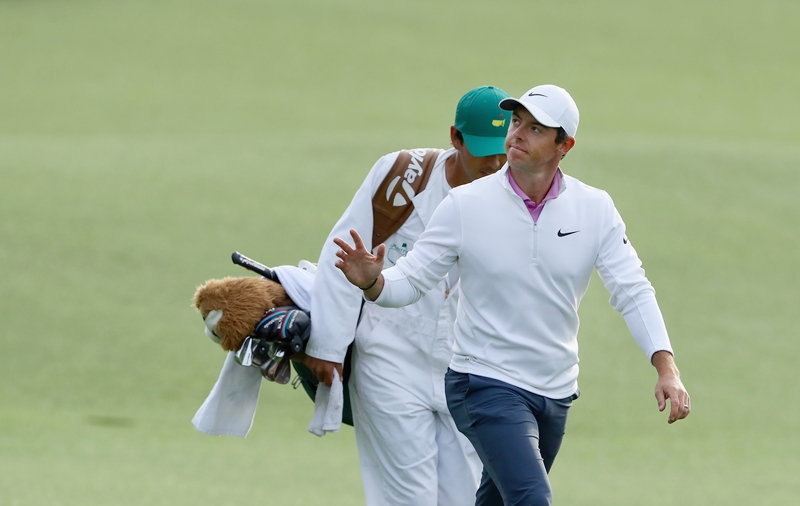 Following his first ever Major win, Reed repaid the favour to McIlroy by focusing on final round pressure and how he was able to handle it.

He claims McIlroy receiving a bigger cheer from the fans at Augusta National, as they walked up to the first tee, 'played into my hand'. He commented:

"Not only did it fuel my fire a little bit, but also, it just takes the pressure off of me and adds it back to him.

"Honestly, I felt like a lot of that pressure was kind of lifted and kind of taken off of me. The fans, yes, were cheering for me, but some of them were cheering more for Rory. At the same time, you had a lot of the guys picking him to win over me, and it’s just kind of one of those things that the more kind of chatter you have in your ear and about expectations and everything, the harder it is to play golf. I just went out there and just tried to play golf the best I could and tried to stay in the moment and not worry about everything else."

END_OF_DOCUMENT_TOKEN_TO_BE_REPLACED

Both Reed and McIlroy had stuttering starts but the American was able to keep his nose in front for most of his final round. A birdie on 12 definitely helped and he was fortunate that his approach to the 13th clung on to the bank and did not find Ray's Creek.

Reed went back to McIlroy later in the post-tournament press briefing and said his playing partner had 'played some really solid golf here'.

"A lot of people are wanting him to win to get that career Grand Slam... For Rory being in position and trying to win here in the past, and you know, having some success here, it didn’t surprise me that the fans were cheering for him in the beginning."

Another round to 'Captain America'.

popular
QUIZ: You have 30 seconds to answer this one tricky football question
The SportsJOE 12 o'clock quiz | Day 286
SportsJOE 2000s Football Quiz | Round 11
You'll have to be a diehard fan to get 20/20 in this Liverpool players of the 90s quiz
"Djokovic is a tool" - Tennis world turned upside down in day of days
Wayne Rooney story about Memphis Depay shows why he failed at Manchester United
If Twitter was around for 1994 Hurler of the Year farce, it would have been pure carnage
You may also like
3 months ago
"He's found a way to do it. Whether that's good or bad for the game, I don't know"
4 months ago
Amateur golfers all over the world unite to emphatize with Rory McIlroy
5 months ago
Collin Morikawa makes huge world rankings leap as Lowry drops back
5 months ago
Rory McIlroy defends Dustin Johnson after Brooks Koepka comments
5 months ago
Rory McIlroy speaks superbly on conscience call that cost him at US PGA
6 months ago
McIlroy and Koepka confirm Nick Watney interactions after golfer tests positive for Covid-19
Next Page