The Cavan native surpasses her previous high from February of this year.

Leona Maguire stormed to an impressive -5 round of 66 in the AIG Women's Open, at Muirfield, and has boosted her world ranking position, and coffers.

Maguire shot the lowest final round score to gain nine shots on overnight leader Ashleigh Buhai. She eventually finished on -7 in a tie for fourth place with Minjee Lee for her best ever major finish, topping her tied for sixth at last year's Evian Championship.

END_OF_DOCUMENT_TOKEN_TO_BE_REPLACED

The 27-year-old now has three Top 10 finishes in the majors, with two of them coming in recent months. Earlier this year, she finished tied for eight at the US Open.

Speaking with reporters after her final round at the East Lothian course, Maguire commented, "Overall, bogey-free, 5-under, and last round of major, I think these conditions were possibly the toughest of the four days.

"It was windy from the get-go. So that was kind of the potential I knew was in there all week, and nice to sort of finish it off today." 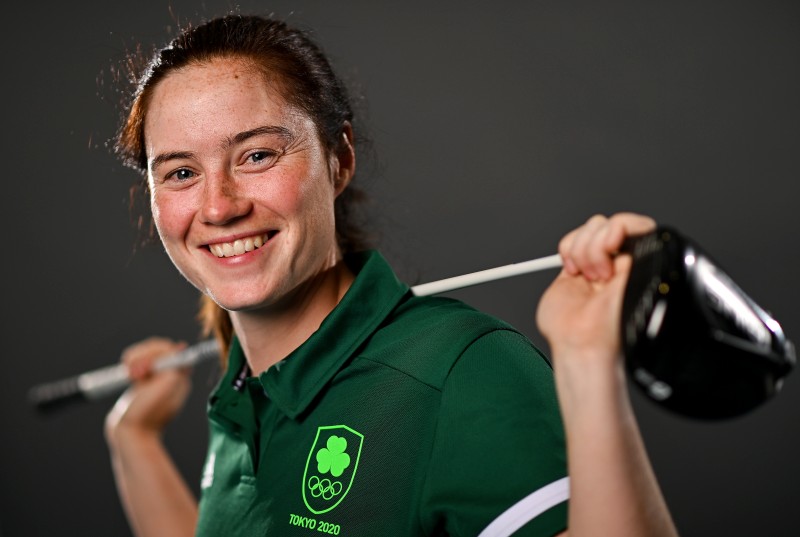 Leona Maguire is up to a world rankings high after her fourth place finish at the Women's Open. (Photo by Ramsey Cardy/Sportsfile)

END_OF_DOCUMENT_TOKEN_TO_BE_REPLACED

As well as receiving just over €300,000 for her tied-fourth finish at the Women's Open, Leona Maguire has shot up five places in the world rankings.

She is up to 17th in the world, beating her previous high of 20th. Ashleigh Buhai, who was caught on the final day by In Gee Chun before winning a playoff, has zoomed up 57 places to 27th in the world.

END_OF_DOCUMENT_TOKEN_TO_BE_REPLACED

For all the progress she has made, especially in 2022, Maguire is still eager for more. She went out on her final round targeting a round of 63 that would have put her at -10 and put real pressure on the later starters.

"It's always nice to finish strong in the last round of a major, bogey-free. Felt like I kept it out of the fairway bunkers this week, and didn't hit it in a single fairway bunker. Drove it as well as I've probably drove it in a while.

"Yeah, if I had had my week on the greens, things could have been a lot different."

The Women's British Open was the last of 2022's five majors to be played, so Maguire will have to bide her time on that goal and focus on finishing the LPGA Tour as strongly as possible. The biggest prize left on the table will be the €7 million Tour Championship, held in Florida, in mid November.


popular
Ireland team to play Wales: Andy Farrell's XV, the big calls and bold cuts
Roy Keane reminds everyone of his feelings towards Newcastle United ahead of cup final against Man United
Ireland's self destructive mentality kills Croke Park fight for Katie Taylor
True beauty of Fitzgibbon and Sigerson Cups lies in the hearts of weaker counties
Even Roy Keane felt Michael Dawson went too far with his remark to Tom Heaton
Mason Greenwood: Prosecutors drop attempted rape case
Everton release brutal 59-word statement to confirm Anthony Gordon departure
You may also like
1 month ago
GAA officially the most popular sport in Ireland again
3 months ago
Ian Poulter fires back after Rory McIlroy comments on Ryder Cup "betrayal"
3 months ago
Shane Lowry on his Tuesday duels with Rory McIlroy at The Bear's Club
4 months ago
Shane Lowry holds hands up over Saudi Arabia comments as he admits 'golf could be in trouble'
4 months ago
Cameron Smith refuses to answer disrespectful question about Rory McIlroy
4 months ago
Shane Lowry was nothing but gracious when asked about Queen Elizabeth II, after Wentworth triumph
Next Page