The USA's biggest gamble of the 2018 Ryder Cup looks to have cost them dearly.

At Gleneagles and again at Hazeltine, Patrick Reed and Jordan Spieth made an ominous pairing.

In foursomes and fourballs, the American duo complemented each other superbly and won some crucial points. 10 points won between them. In Paris, they didn't play together once.

Spieth was teamed up with Justin Thomas and they delivered three points for the USA, half of their total for the opening two days. As for Reed, he only played twice - with Tiger Woods - and was soundly beaten on both occasions.

Asked by Golf Channel how he felt heading into Day Three, Woods commented:

"Just pretty pissed off. The fact that I lost three matches and didn't feel like I played poorly. That's the frustrating thing about match play. We can play well and nothing can happen."

Woods might have done okay but Reed - one birdie aside - had a clunker on Friday. He found the water on three occasions and hit it out of bounds another time.

It left many wondering why Reed had not been paired with Spieth again, and these tweets from an American golf pundit sparked a feisty response from his wife, Justine Reed.

I agree that Reed and Spieth’s game complement each other nicely but Reed just doesn’t like Spieth. And you can’t put two players together if they don’t have chemistry. Remember when Phil and Tiger were paired? It was a disaster.

You’re right it has worked...in the past. But Reed doesn’t want to play with Spieth unfortunately.

Justine Reed has fiercely defended her husband in the past. She is in Paris to support him, and Team USA, and jumped to his defence late last night. 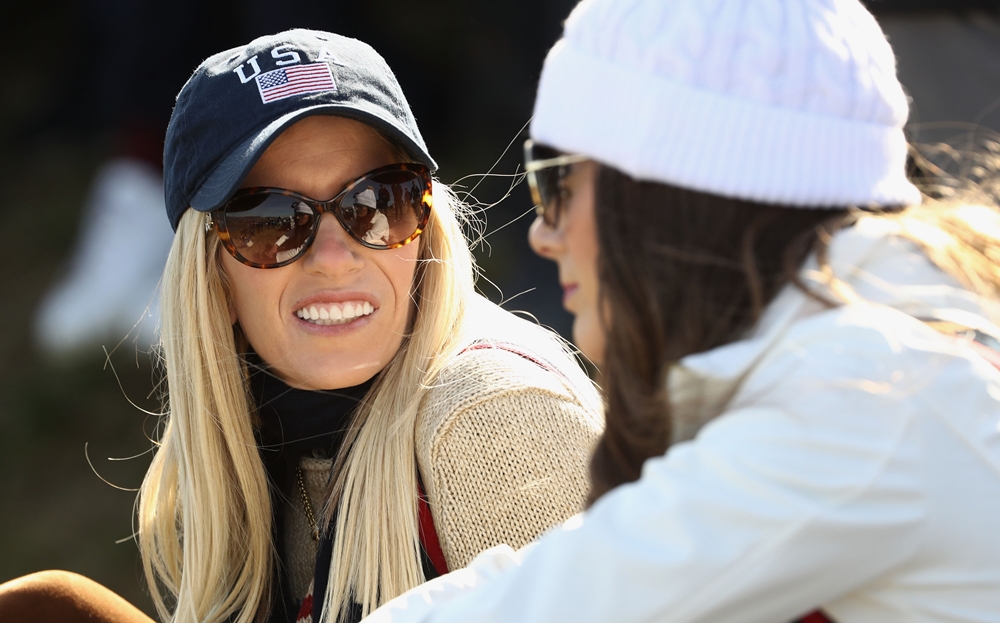 Earlier this year, an NBC reporter asked Reed about Spieth's key strengths as a playing partner. He responded:

"I don’t know, my back still hurts from the last Ryder Cup."

There was another sly dig, back in March, when Reed was arguing to be given relief after an errant shot. As he debated with a rules official, he remarked, "I guess my name has to be Jordan Spieth, guys!"

Justin Reed was not having it and suggested reporters asked Spieth why he 'didn't want to play with Patrick'.

The debate raged on for quite a while and Justin Reed also found time to bite back at Jay Coffin, editor of The Golf Cannel's website.

Wow. And you’re the Editor of @GolfChannel Doesn’t surprise me. He didn’t hit many fairways today, but many didn’t. He made sure he scrambled. First day, he made 5 birdies, and hit a ton of fairways, and sat the afternoon. I guess this is where the hate comes from @GolfChannel

Some tough questions may need to be answered after the final singles come in.

popular
The SportsJOE 12 o'clock quiz | Day 286
QUIZ: You have 30 seconds to answer this one tricky football question
SportsJOE 2000s Football Quiz | Round 11
You'll have to be a diehard fan to get 20/20 in this Liverpool players of the 90s quiz
"Djokovic is a tool" - Tennis world turned upside down in day of days
Wayne Rooney story about Memphis Depay shows why he failed at Manchester United
Here's a list of 23 people who own a greater share of the UFC than Conor McGregor
You may also like
1 year ago
Shane Lowry victory speech after €1,000,000 victory shows where his head's at
2 years ago
Padraig Harrington very honest about biggest Ryder Cup captaincy risk
2 years ago
Team USA texts after Ryder Cup suggest all may not be what it seems
2 years ago
Ryder Cup spectator "loses eyesight" after a wayward tee shot
2 years ago
Two American golfers reportedly "had to be separated" following Ryder Cup defeat
2 years ago
Final Ryder Cup player ratings look grim for Team USA superstars
Next Page