Our greatest Dunne since Richard

Not many outside of Irish golf aficionados may have heard of Paul Dunne before Thursday but the Greystones amateur is certainly making a name for himself.

Dunne hit an opening round of 69 on Thursday, keeping him in touching distance of the leaders at St Andrews.

END_OF_DOCUMENT_TOKEN_TO_BE_REPLACED

Most probably expected the 22-year-old to fall away as the weekend progressed but he was at it again on Friday with another brilliant 69 to move to -6 overall.

At the time of writing that makes Dunne the leading amateur on the course, in a tie for tenth place, four shots behind the leader Dustin Johnson. 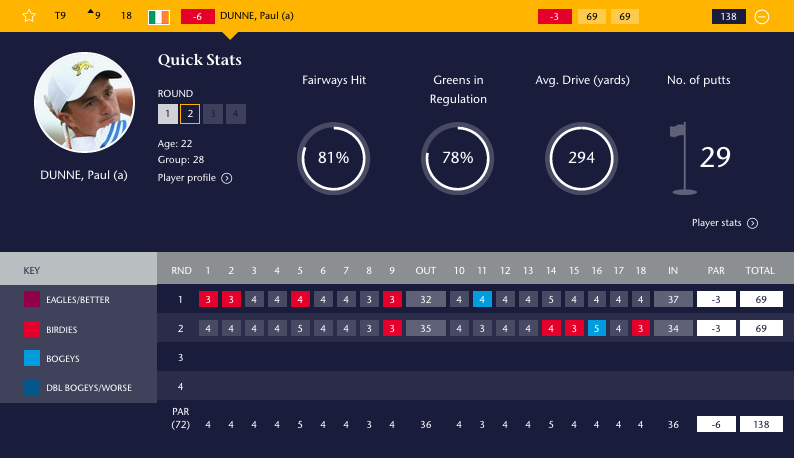 The start of play at St Andrews was delayed by three hours due to torrential rain so Dunne will have to wait until Saturday morning to see if he has a place in the history books, because he may become only the third amateur in the history of The Open to be in the top 10 after 36 holes.

Unsurprisingly he became an instant hero in Ireland.

Dunne has been mistaken several times this week for world No2 Jordan Spieth and it's not hard to see why. 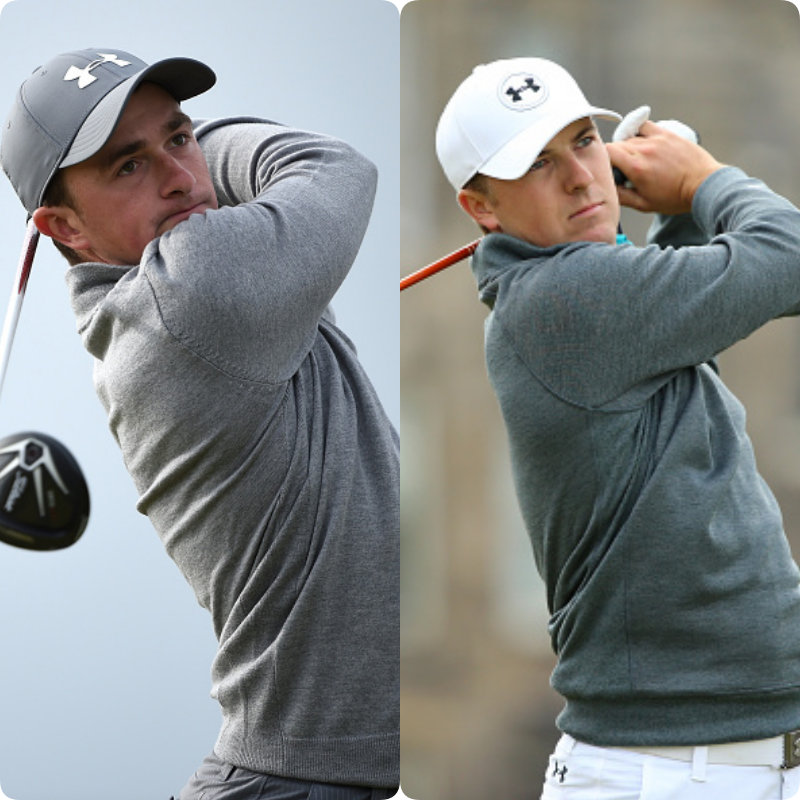 If you place your hand over Paul Dunne's face on the TV screen and only see his hair, build and UA logo, you might think he's Jordan Spieth.

Ireland's latest golfing star doesn't even have a Wikipedia page. Someone may want to rectify that fairly quickly.


popular
"Johnno went, 'We’re not moving! You're trying to mess us about!'" - Ben Kay recalls red carpet controversy
"Some of the generals wanted me executed" - Irish rugby legend on flag caper that went wrong
Tommy Fury spotted having the time of his life at student night out
Pep Guardiola refuses to apologise to Man City fans after attendance plea
Garry Ringrose challenges "pretty ridiculous" changing conditions for women's players
Deontay Wilder calls Tyson Fury 'one of the biggest cheats in boxing'
No Simon Zebo or John Cooney as Ireland gather 50 players for one-day camp
You may also like
2 years ago
Jordan Spieth and Rickie Fowler back Open return to Portrush
2 years ago
"There is no coming back for Rory McIlroy"
2 years ago
'Little fat kid with the glasses' and one of golf's best predictions
2 years ago
Brooks Koepka hits out at playing partner J.B Holmes for tortuously slow play
2 years ago
Shane Lowry guaranteed for Ryder Cup despite frustrating points rule
2 years ago
Brendan Lowry gives class interview to BBC after Shane's epic Open win
Next Page