Wise words from 'The Postman'.

In recent Ryder Cup history, Ian Poulter has been the one to deliver some of the biggest blows to Team USA.

The English golfer may not have a Major title on his CV but if there was an individual trophy for sticking it to some of America's finest, he would have a cabinet full of them.

END_OF_DOCUMENT_TOKEN_TO_BE_REPLACED

After making it onto Padraig Harrington's European team for their encounter against Team USA, at Whistling Straits, next weekend, Poulter was asked if he had some advice for the three rookies he'll be battling with - Shane Lowry, Viktor Hovland and Bernd Wiesberger.

"Embrace every piece of it," he declared.

"When you look at Viktor, he is Top 10 in the world. He plays mainly on U.S. soil, but what he brings to the team is a lot of firepower. He will bring passion. Somebody that at such a young age has done an incredible job.

"Bernd Wiesberger has been close to the team a number of times but look at what he's done in the last few months to push his way on the team. He nearly won in Switzerland a couple weeks ago. Obviously he'd have been disappointed to have finished way he did, but to play the way he played this week, under the pressure he was under, shows what mettle he's got.

"I think Paddy is in a great position," Poulter added, "in that he's got lots of options in foursomes and fourballs, and it's a good, solid team." 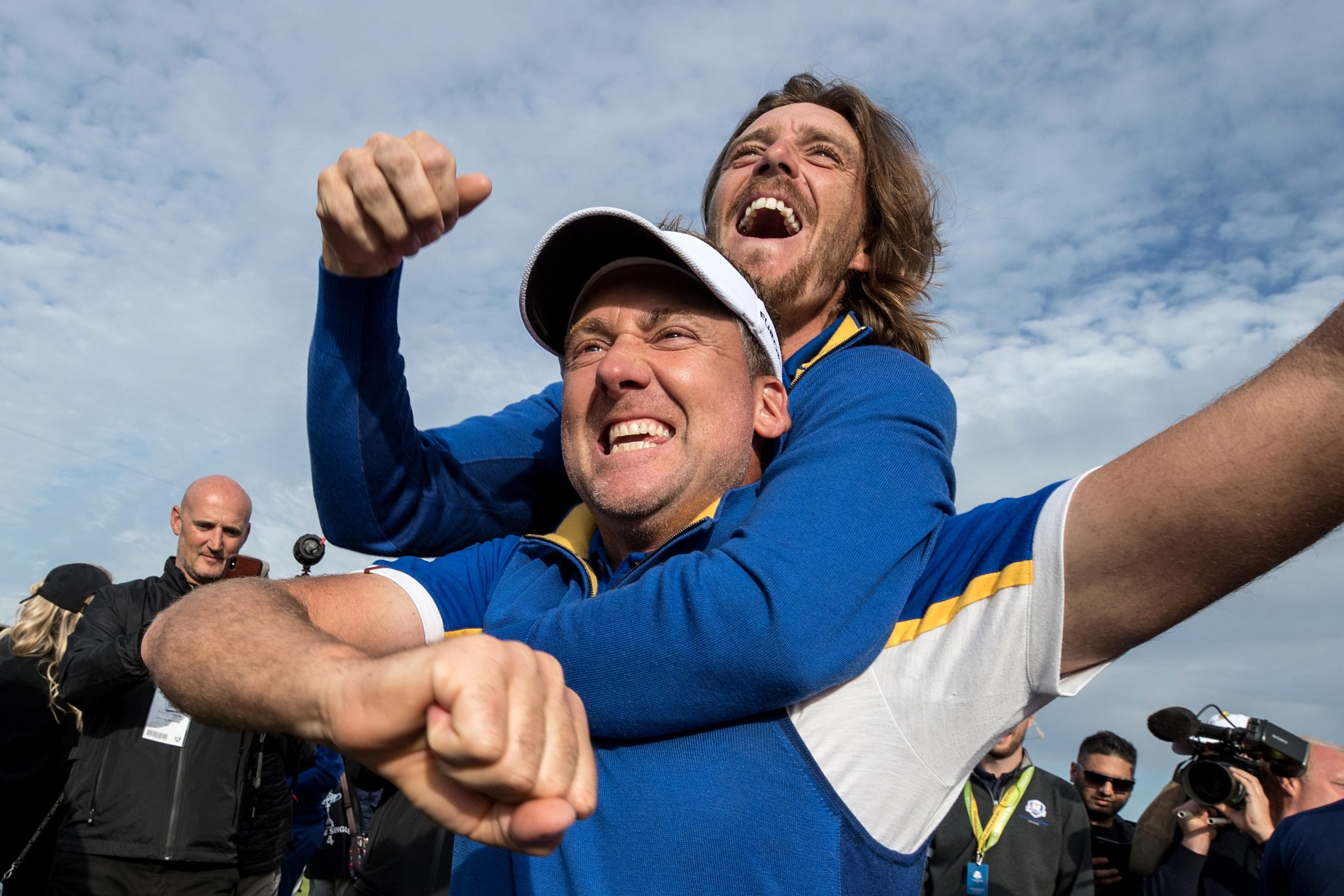 END_OF_DOCUMENT_TOKEN_TO_BE_REPLACED

Lowry, Poulter and Sergio Garcia - another thorn is past US sides - were all selected as Captain's Picks by Harrington.

Poulter, who says all involved in the team were inspired by Europe's recent Solheim Cup win, admits there is an element of added pressure, but notes that the Americans have even more players in that boat.

"Being asked to join a team and to go out and do the job you've been asked to go and do, definitely adds a little bit of extra pressure. And it's not easy. We've had three picks this year, and obviously the U.S. Team have got six picks.

"The player has to embrace it. He has to be comfortable with that, and he has to go out and enjoy the week at the same time. These Ryder Cup pressures can be pretty intense."

When it comes to Ryder Cups and intense pressure, Ian Poulter's motto is hook it to my veins.


popular
Ireland team to play Wales: Andy Farrell's XV, the big calls and bold cuts
Ireland's self destructive mentality kills Croke Park fight for Katie Taylor
Even Roy Keane felt Michael Dawson went too far with his remark to Tom Heaton
Everton release brutal 59-word statement to confirm Anthony Gordon departure
Roy Keane reminds everyone of his feelings towards Newcastle United ahead of cup final against Man United
Five confirmed changes and guidelines to have big impact on 2023 Six Nations
"Every team did it!" - Paul O'Connell on Roy Keane comment to Ronan O'Gara that he couldn't deny
You may also like
1 month ago
GAA officially the most popular sport in Ireland again
3 months ago
Ian Poulter fires back after Rory McIlroy comments on Ryder Cup "betrayal"
3 months ago
Shane Lowry on his Tuesday duels with Rory McIlroy at The Bear's Club
4 months ago
Shane Lowry holds hands up over Saudi Arabia comments as he admits 'golf could be in trouble'
4 months ago
Cameron Smith refuses to answer disrespectful question about Rory McIlroy
4 months ago
Shane Lowry was nothing but gracious when asked about Queen Elizabeth II, after Wentworth triumph
Next Page