Coming into the US Open, Gary Woodland ranked 150th for chipping and putting. He ended the tournament ranked second in that area, and as a Major winner.

Scrambling. That and having the nerves to see the shot and fully commit to it are crucial to winning at the US Open.

Woodland had put together a decent career with his power and accuracy off the tee but his scrambling reached another level at Pebble Beach. When he got into trouble, he did not stay there for long.

He took some licks but none were too damaging. Just four bogeys carded over 72 holes and not a double in sight. Not many in the star-studded field could say the same. Miss the fairways and green at Pebble Beach and your scorecard can get ugly.

On the 17th, leading by two on -12, Woodland did find the green but there was no clear run to the hole.

"Wasn't too many options," the American reflected after his US Open triumph. "If I putted it, I don't think I could have got within 20 feet." 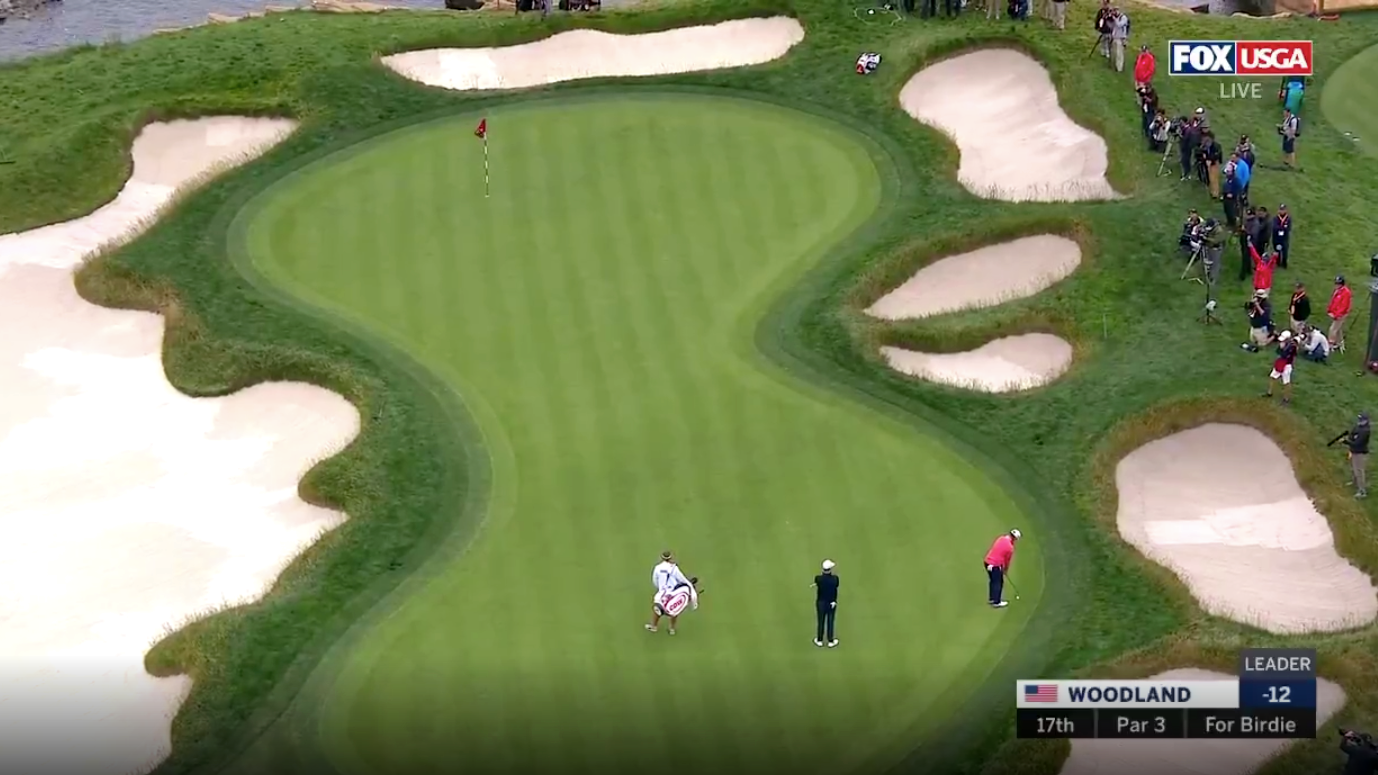 Woodland said it was fortunate that he was faced with a similar shot earlier in the week.

He pulled out his lofted wedge and opted to chip from the putting surface. It was a shot he said has been frowned upon in the past, by course superintendents, and is prohibited - for amateurs and pros - on many courses.

"I clipped it nicely. Pete Cowen and I were working on trying to hit spinners off that early this week. That's what I was thinking about when I was standing over it. And it came out perfectly."

That it did, and Woodland almost holed it for a birdie.

When he needed it most.@GaryWoodland wows with the wedge.

Woodland, who ended up tapping in for birdie, talked through the shot with reporters at his post-round briefing and about one of his very first coaches:

"And so my whole deal was I had to hit chips off putting greens all the time, and there were some times where superintendents weren't a huge fan of me. But I've hit a lot of chip shots off putting greens, and I credit that to Randy Smith.

"I've got more confident over the years. But I was fortunate enough to have that shot earlier in the week and execute it the exact same way."

Before you try it out at your local course, check if this craic is permitted. Some are very precious about their greens, and rightly so.