"We were looking in the wrong spot."

We're not sure how comforted Bryson DeChambeau will be after that frank admission by a spotter at Augusta National during the second round of The Masters.

"If we’d have been in the right area, we’d have found it, no problem," he told Golf. And if they had stopped counting the US presidential election votes at 6am on November 4, Donald Trump may have won a second term.

END_OF_DOCUMENT_TOKEN_TO_BE_REPLACED

As it was, Bryson DeChambeau - he of the 200mph ball speed drives - ended up spanking a drive, off the third tee, so hard that it disappeared into the ground. A search party of 12 went looking for it, but it was nowhere to be found.

It was almost as if the ball had been blown to smithereens by the sheer force of DeChambeau's clout off the tee. He had taken his scientific tweaks to a whole new level and had dusted a ball from this earthly realm, in front of our scarcely believing eyes. 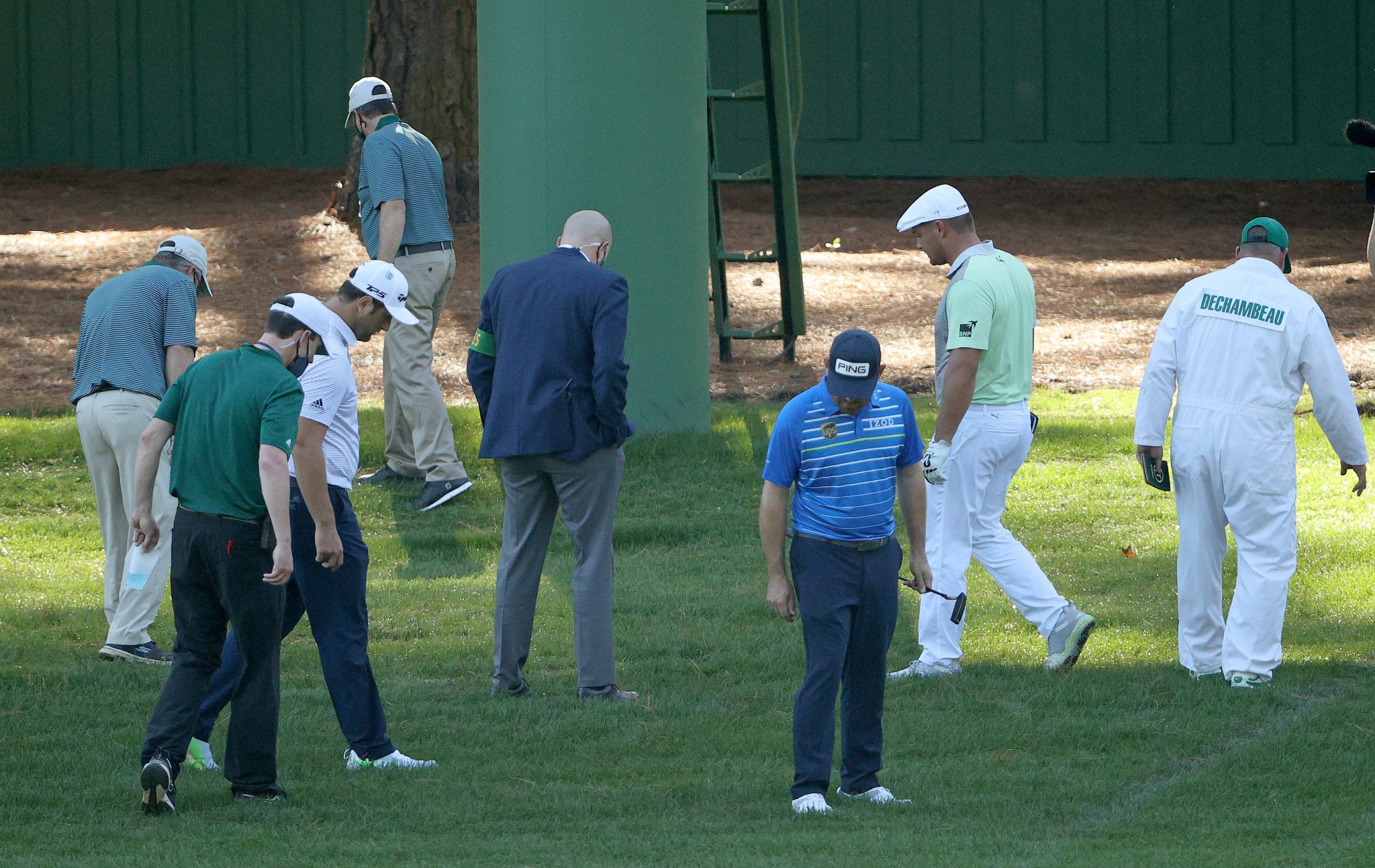 A search takes place for the lost ball of Bryson DeChambeau at The Masters (Credit: Getty Images)

The American arrived in Georgia in rare form, having claimed the US Open just over a month ago and looked to have re-invented the game of golf. His booming drives were taking bunkers, trees and traps out of the equation. He was a walloped drive and a steady pitch away from multiple birdie looks.

Loving the attention, DeChambeau boldly to reporters that, to him, the par 72 course was playing like a 69 to him. With conditions at the famous course much softer than they would be on their traditional April staging dates, pundits and former pros predicted the 27-year-old could force his way to the green jacket.

His opening round of 70 hinted at the all-round talent, but DeChambeau did card a double-bogey '7' on the 13th. He went off the reservation on his first drive and, while spotters went in search of that, he plonked a provisional drive in the water. He later joked that his caddie had earned his pay for the week after finding his first drive. All things considered, a '7' was better than an 8 or 9.

END_OF_DOCUMENT_TOKEN_TO_BE_REPLACED

DeChambeau's second round began par, birdie and he stood on the third tee at -3 and in good shape for a run on the field. Then came that booming drive that appeared to vanish off the face of the earth. By all accounts, it looked a decent effort off the tee:

However, the ball could not be found. The rough at Augusta National is a bit tougher, at this time of year, but it appears that the spotters simply lost the flight of the ball.

A 12-man search, including playing partners and caddies, ensued but no-one could find the ball. There is a three-minute limit to search for a ball and, once it could not be found, it was deemed lost. That meant DeChambeau had to take a second drive off the tee and he was already on his third shot. To make matters worse, he then pulled that drive and missed the fairway again. 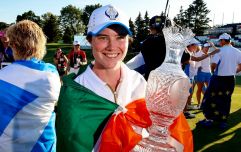 END_OF_DOCUMENT_TOKEN_TO_BE_REPLACED

He then overshot the green on his wedged approach, then ran his next chip all the way off the far side of the green. His putt, from the fringe, for double bogey came up short and he tapped in, from three feet, for a damaging triple that saw him plummet to Even par. He followed that up by bogeying four and five, and his race was all but run.

To drive home what must have been a huge sense of frustration, a gallery guard then FOUND DeChambeau's ball, a couple of minutes later. Everyone had been looking in the wrong place.

The ball had actually ended up just 10 feet from the fairway, in a decent position, but had plugged hard into the ground. The Bridgestone ball was embedded in the soggy turf and one would've had to have been standing directly over it to even see it.

You have to feel for DeChambeau, who was mounting a challenge when his whole tournament imploded. Had there been spectators allowed at the course, the mystery of the lost ball could have been resolved pretty quickly.

As it stands, Bryson DeChambeau is 10 off the lead and will need to complete the final six holes of his second round under par to have a chance of sticking around for the weekend.


popular
Galway fans' frosty reception for Davy Fitz doesn't make any sense
The most Stone Age tackle you've ever seen gets South African lock straight red card
'Brian was a genius... he would've killed you to even win a game of touch'
Ryan Manning hacked to the ground by Henri Lansbury in ruthless assault
"Johnno went, 'We’re not moving! You're trying to mess us about!'" - Ben Kay recalls red carpet controversy
Final question of Ryder Cup press conference has Team USA in all sorts of trouble
Clinton Morrison shares advice Roy Keane gave him on morning before Saipan showdown
You may also like
1 week ago
Leona Maguire creates Solheim Cup history after blitzing Team USA
1 week ago
"A star is born!" - Americans gush as Leona Maguire beats their best
1 week ago
"It's such an honour to play with her" - English star blown away by Leona Maguire
2 weeks ago
Cantlay gives his take on being scolded by Bryson DeChambeau at BMW epic
2 months ago
Rory McIlroy's reaction to 14th tee shot slip captured his Open troubles
3 months ago
Bryson fires back at Brooks Koepka with response he can't deny
Next Page