"You're still trying to get your one-rep max higher, and your fitness higher"

For six years, Brian Fenton has been unbeaten in Championship football for Dublin and for six years, he hasn't met a fellow midfielder who could touch him.

As far as Gaelic football is concerned, Brian Fenton is the king of all he surveys.

Yet Brian Fenton nearly fell through the cracks. He wasn't good enough for the Dublin minor football team eight years ago, and Dessie Farrell was the man who said so.

"He sort of turfed me aside at minor. Maybe I had about six months of him then before I was cut..." 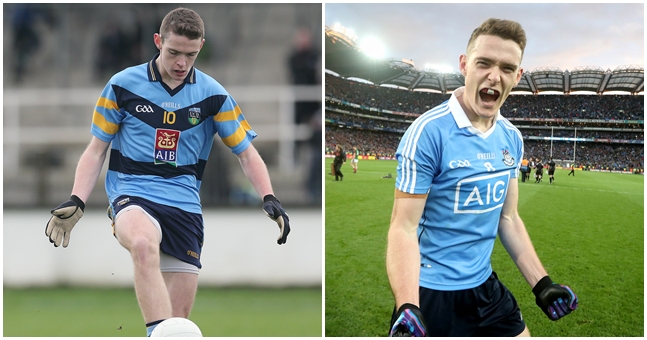 "He was catapulted in on a pure general conversation." Brian Fenton has played three seasons with...

But there were better half forwards in Dublin and Fenton watched on as the county's supposed golden generation were beaten by Tipprary in the All-Ireland final.

It's not something the Raheny maestro has spoken to Farrell about in the last few weeks but he says it did give him a 'chip on the shoulder,' that would help inspire his remarkable rise in the years that followed.

By under-21, Farrell heard about Fenton's form for Raheny and called him back in and the rest is written in the annals of GAA history.

END_OF_DOCUMENT_TOKEN_TO_BE_REPLACED

"Ah yeah, I think you always have a chip on your shoulder if you’re told you’re not good enough. You just drive on and luckily, I was still in Raheny, my life sort of facilitated me just staying at Gaelic football. I was in UCD and there was an excellent Gaelic football set up there.

"So at the age when a lot of youngsters drift away from it and you know, might have to go to college in Dublin if they’re living in Sligo or something like that, I was very lucky, the stars aligned in lots of ways and I was driven and I was eager to play with Dublin. That was the dream and luckily it came through..."

"I’ve never spoken to him (Dessie) about it, I won’t be now for the next few years either. But yeah, he cut me at minor and brought me back in in the next few years then for the 21s so I’ve a lot to be thankful of to him for. He’s just an absolutely incredible man in terms of footballing knowledge and how he drives players to be their best. We’ve a great relationship. He’s cut from the same cloth as Jim, and we’re very lucky to have Jim and now Dessie.

"I’ve heard Dean Rock speak about the chip on the shoulder but it’s not always that, for me certainly, that sense of expectation and that, not that ‘oh I’ll show people’ but more so that i’ll try my best and tear in. Other players are driven by stats and improvement and distance and stuff like that and that’s an important part for me as well but I think it’s more so what about what’s gone before - this high ball or I’m going to try and dispossess you. It’s all those little things, I’m a very competitive personality so anything I can win at, we’ll try and give it a lash..."

And he's won plenty. As for the five-in-a-row win last September, it was a special day that he'll never forget.

"It was just such a fairytale. I think it was a 6.00 kick-off and it was around 7.30 when the final whistle blew, and you were looking around Croke Park...aw it was a fairytale, people crying. You couldn’t have dreamt of it any better..."

But don't for a second think that Fenton and his teammates will have their appetites sated by five, and it's an interesting point he makes when emphasising the role stats will have in keeping every player competitive.

"But look, it’s done now. You’re still trying to get your one-rep max higher and your fitness higher and cover more distance and get more tackles so, we go again and hopefully this year is as good as last year." 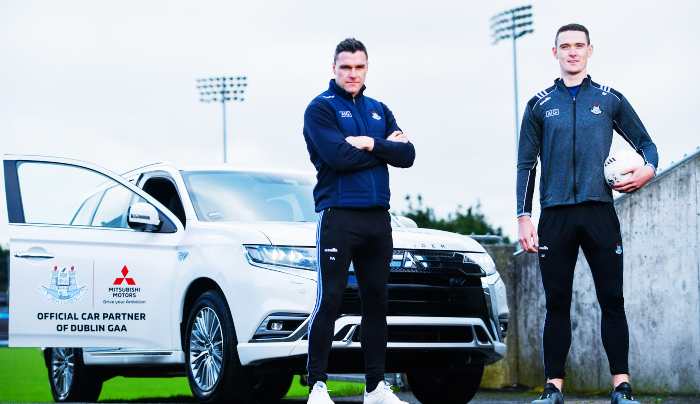 popular
SportsJOE 2000s Football Quiz | Round 12
Only a Champions League fanatic would get full marks in this quiz
The SportsJOE 12 o'clock quiz | Day 142
Rory McIlroy defends Dustin Johnson after Brooks Koepka comments
Collin Morikawa makes huge world rankings leap as Lowry drops back
Mickleson winds up Faldo as Dustin Johnson grabs PGA lead
Brooks Koepka puts PGA Championship leaders on notice with final round comments
You may also like
4 days ago
Goal disallowed in Dublin SFC because player wasn't wearing his gumshield
3 weeks ago
The former Dublin minor star that led Ireland to Grand Slam glory
1 month ago
No promotion or relegation in Dublin championship in 2020
2 months ago
Seven-time All-Star Goldrick using time off to strengthen and improve
4 months ago
No fear of McCarthy losing a lifetime of fitness
4 months ago
"Sometimes sport can overwhelm you, it was time for him to take a deep breath"
Next Page