"He was catapulted in on a pure general conversation."

Brian Fenton has played three seasons with his county.

In his first year, he won an under-21 All-Ireland championship having been called in late to the panel.

In his second year, he won a senior All-Ireland championship, he was man of the match in the final, he was an All-Star.

In his third year, he won a senior All-Ireland championship, he'll be an All-Star, he'll probably be Footballer of the Year.

In his first 22 senior games with Dublin, Brian Fenton was undefeated.

Three years ago, most of the capital never mind the rest of the country hadn't really heard of this sensation who now doesn't have a midfielder in the land that could touch him.

He has since been on the pitch when Dublin lost Allianz League games to Kerry (the 2017 final) and Monaghan (2018) but he has yet to taste championship defeat.

END_OF_DOCUMENT_TOKEN_TO_BE_REPLACED

Fenton was overlooked for two years of county minors and he was almost ignored for a third year of under-21s as well.

A general chit-chat between Dessie Farrell (the Dublin under-21 manager) and Fenton's club mate Paddy O'Higgins changed everything. It showed that you can still make it even if you don't star for your county at underage level and it showed that there are club players out there ripe for the opportunity.

The Raheny man happened to grab his chance with both uncompromising hands thanks to O'Higgins who'd end up sharing midfield with Fenton all the way to the under-21 title. 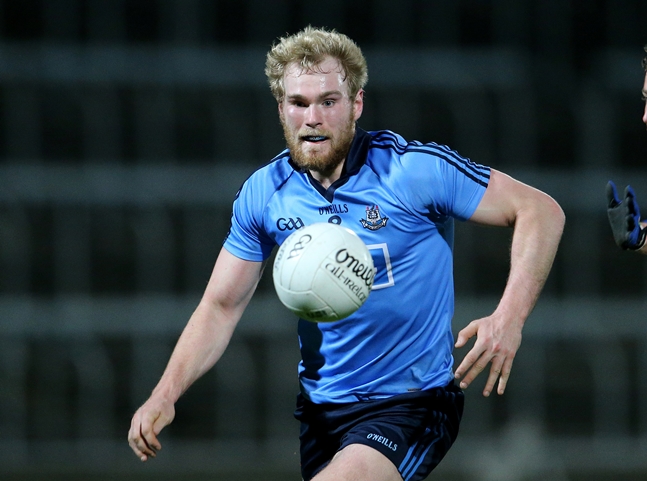 On SportsJOE's GAA Hour podcast, former Dublin player Senan Connell provided a fascinating insight into how Fenton came to the attention of his county.

And how it basically came out of nowhere.

"Dessie's team are always on the lookout, come under-21s, for another player," Connell explained on The GAA Hour. "They said to O'Higgins, 'is there anybody we're missing around in club football?'

"O'Higgins sort of said, 'well, my own club mate Brian Fenton is moving well' and the lads were like: 'Ah, we've sort of looked at him closely down through the years.'

"So they went and watched him in a league game and he got catapulted not only into the panel, straight into that under-21 team and, boom, off you go.

"From nowhere, a latecomer. Bernard (Brogan) never played minor for Dublin, Fenton came from nowhere as well and it just goes to prove that it can actually happen."

Listen to the full discussion on Brian Fenton (from 09:25) below and a Dublin love-in with Colm Parkinson as well as a dissection of the All-Ireland final.


popular
"Emotions will be charged" - Sean O'Brien backing Ireland for Triple Crown
Broadcasting Wilder Fury fight on social media could result in huge fine
Tyson Fury's official purse for Deontay Wilder fight revealed
O'Donnell sees red for standing his ground before O'Connor settles it
QUIZ: How well can you remember this season's Premier League results so far?
“I hope I die every day” - Tyson Fury opens up about his depression and drug abuse
Tyson Fury reveals what happened when he sparred Anthony Joshua
You may also like
5 days ago
"At the end of it, you're just saying, 'thank God I didn't block that ball down'"
1 week ago
The GAA Hour | Football | Jonny Cooper interview and David Gough clarifies
1 week ago
"You're still trying to get your one-rep max higher, and your fitness higher"
3 weeks ago
Tipperary make statement of intent with battling draw against Dublin
3 weeks ago
"I was thinking, 'Oh my God, how am I supposed to play beside them?'"
3 weeks ago
Two giants rise above the fray
Next Page