The continuing theme of this winter championship all over the country, seems to be a a fairly dull affair for 50 minutes, and then jam packed drama in the last ten minutes.

That theme continued today in the Ulster championship between Tyrone champions Dromore, and Fermanagh kingpins Derrygonnelly.

A fairly dull affair to begin with, as the Fermanagh side lead by a point, 9-8, reaching the 50th minute mark, the game had been very stop and start, with yellow cards being handed out like skittles throughout the game. 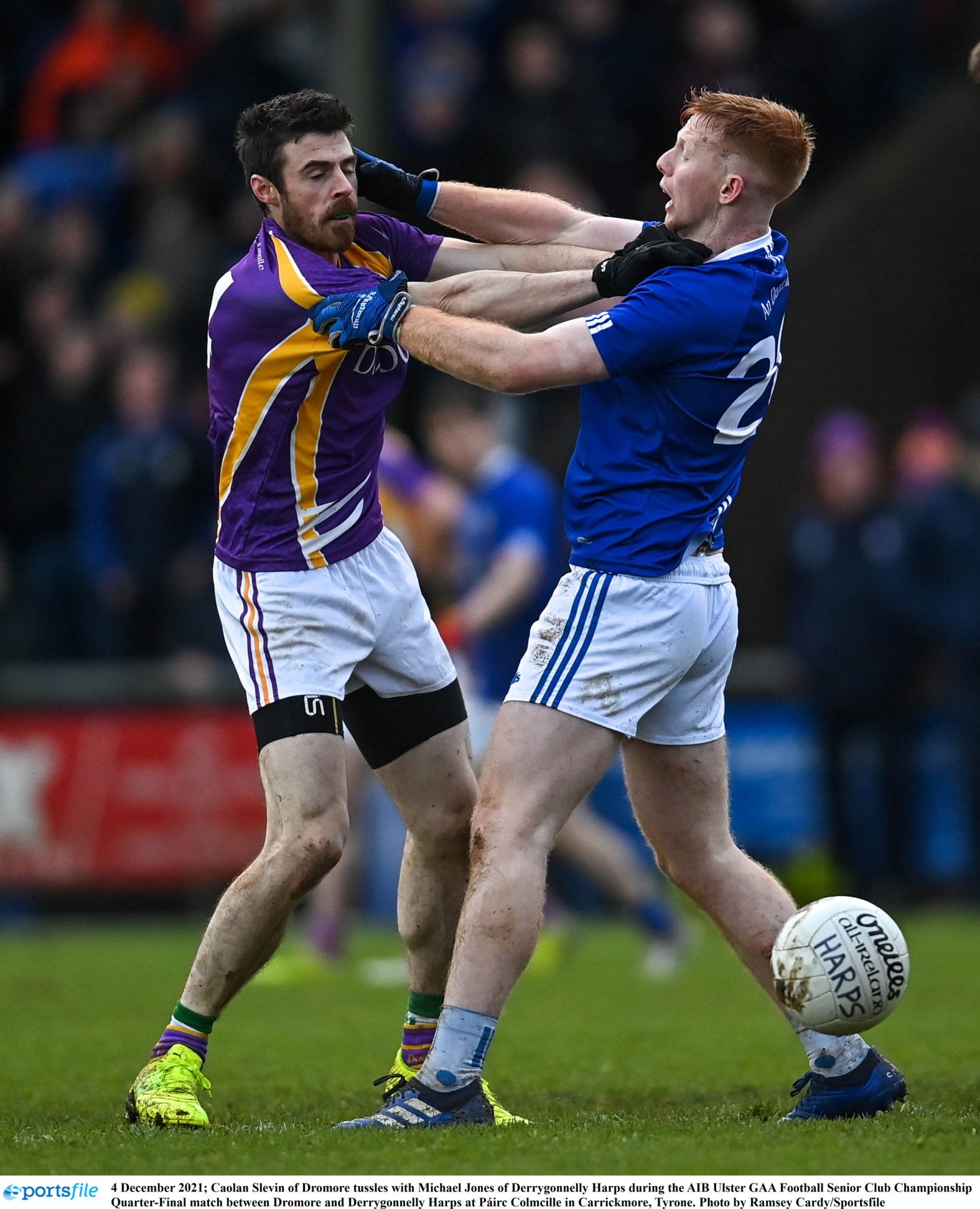 END_OF_DOCUMENT_TOKEN_TO_BE_REPLACED

Eventually, Derrygonnelly's centre half back, Declan Cassidy, received a red card for a high challenge, and Dromore decided to take full advantage of the extra man.

With the clock ticking, and still a point down, who else but Colm O'Neill stood up and took a monster score to finally equalise for the blue and white side.

And just as when you're waiting on a bus, you wait forever on one and two come in quick succession, as Andrew McGrath gets what looks like the winner, deep into injury time. 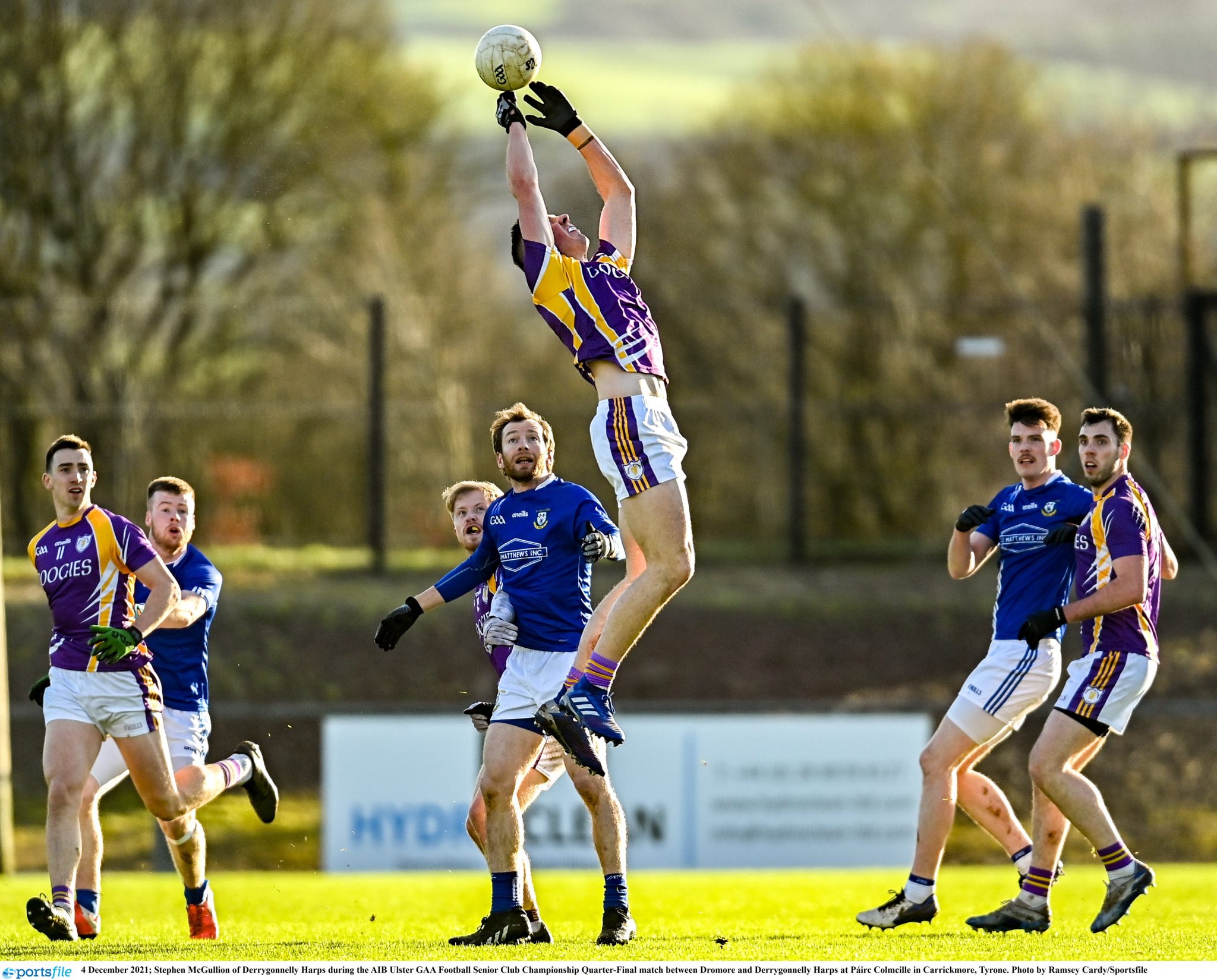 END_OF_DOCUMENT_TOKEN_TO_BE_REPLACED

Dromore looked to be playing keep-ball, see the game out and use the extra man, but on the slippy surface the ball spilled, Derrygonnelly broke free on the attack, only to win a free 40 metres out from goal.

With the heavy wind against them and the clock well over injury time, it would take a monumental kick from full forward Conall Jones to push this into extra time.

A monumental kick it was, as the star forward slung it over the bar, met with rapturous applause from the Fermanagh faithful who travelled to Carrickmore. 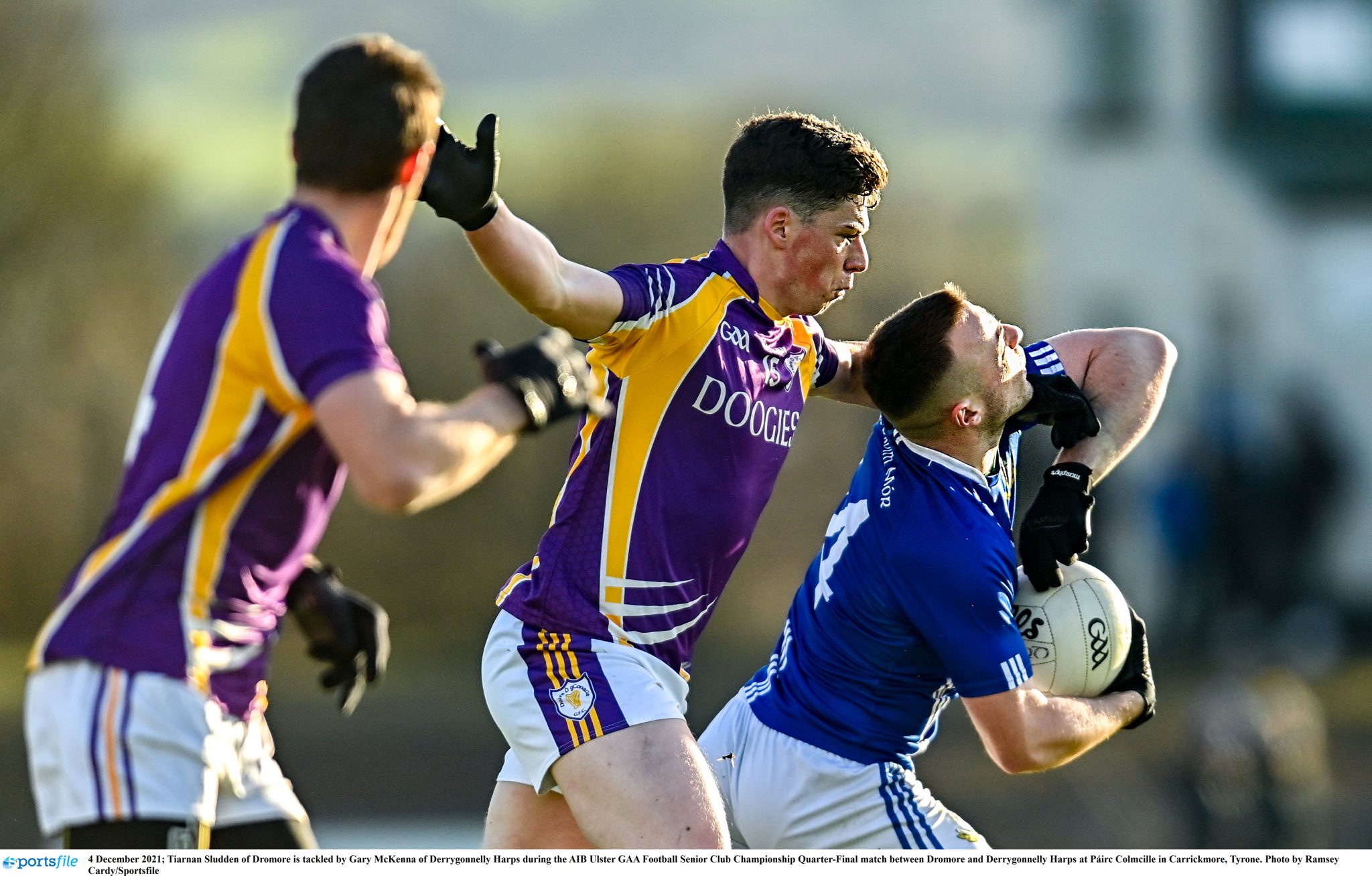 END_OF_DOCUMENT_TOKEN_TO_BE_REPLACED

Jones then took off in the first half of extra time, and just kicked wonder score after wonder score, dead ball and from play, the Tyrone champions couldn't deal with the towering titan.

Not content with securing his name on the back pages of tomorrow's local papers, Jones made certain of his name in print by receiving a red card in the second half, leaving his side a man down yet again.

Colm O'Neill made the numbers fair, receiving the third red of the match, meaning that it's now 14 vs 14, and in a cruel twist of fate, with Dromore needing a goal to equalise, it was Derrygonnelly who found the back of the net, and finished the game off.