Some sportspeople are guarded and don't give much away, which is fine, but the first thing you'd notice about Tom Lahiff is that this man is cool as a breeze.

'What's the story boys?' He's hopped onto a Zoom call with ten journalists and he's ready to rock. Lahiff is the St Jude's captain, he'll captain them in this weekend's county final against Kilmacud Crokes but to get there he's travelled the back-roads. As a chap, you see, Lahiff wasn't thinking about Gaelic he was thinking about soccer.

END_OF_DOCUMENT_TOKEN_TO_BE_REPLACED

He was good enough to play for Bray Wanderers where he stayed until under-19. It was only then when he started to take the GAH seriously. Now he's on the Dublin senior panel, eyeing up the wing backs who, this year, started ahead of him.

"Not really," he says, when asked if he was intimidated when he first walked into Dublin's six-in-a-row winning dressing room.

"You would have played against these lads in the club championship. There are a few lads like Brian Howard, Eoin Murchan and Con that I would have known from the under-21’s, so I knew a few familiar faces there...

"You wouldn't have these lads on a massive pedestal," he says ahead of the Go-Ahead Dublin senior football final.

You're thinking of the team-talks he's been giving the Jude's boys this year. Don't admire them. It can only be a positive too that, while the soccer didn't work out in the end, he experienced it up until a good age.

"I would have played a small bit of GAA with Judes growing up in the under-15’s or 16’s, but it would only have been the odd case of if the soccer was on a Saturday, then that I could play GAA on Sunday. 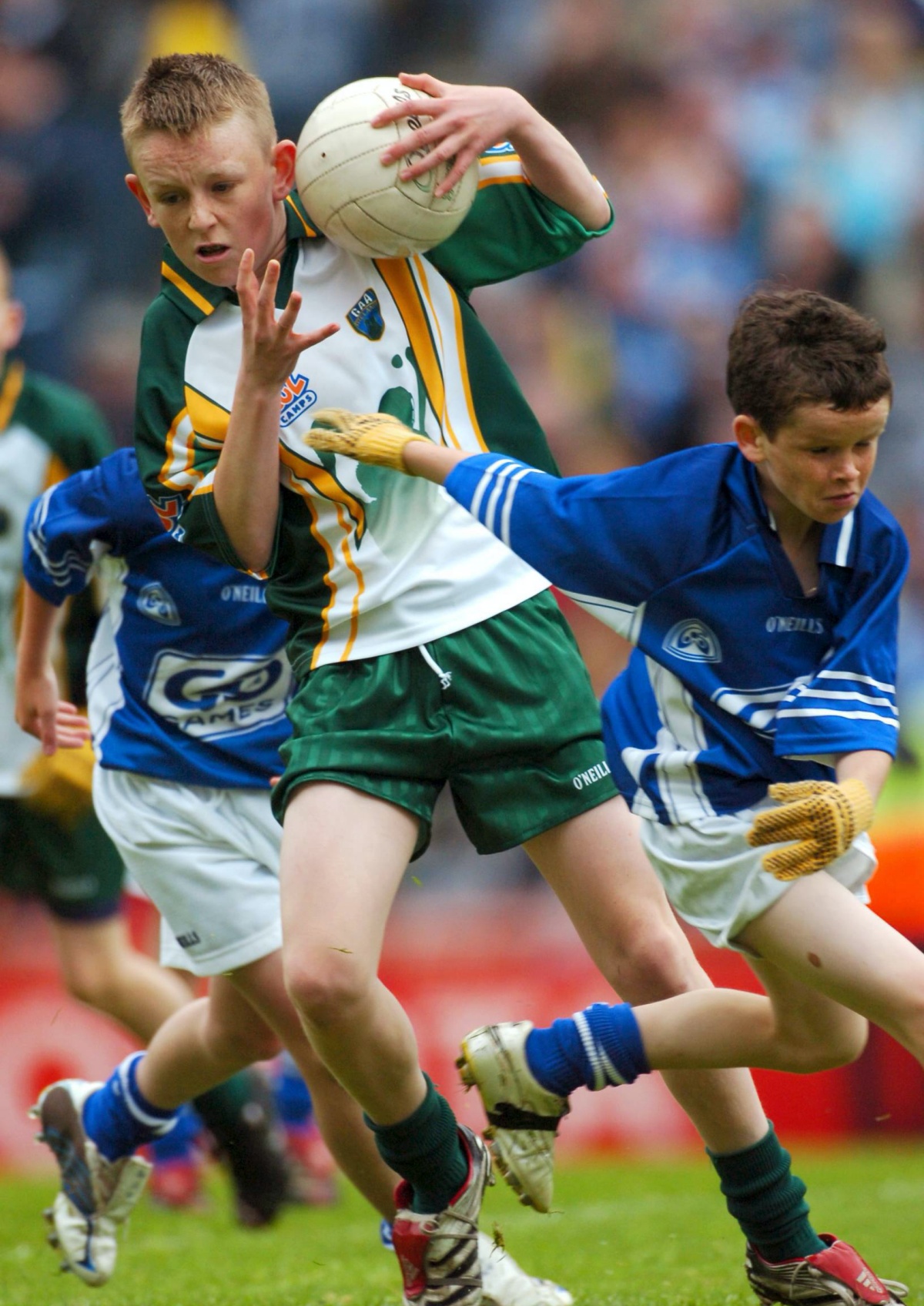 "As it wasn't coming to fruition I wasn't enjoying my soccer as much as I was starting to enjoy the GAA.

"Then I just decided that I'd drop the soccer altogether and give the GAA a bit of a crack."

He's given it a right crack.

"I would have still had a soccer mindset, and some of your skills like your catching obviously and your kicking from the hand and soloing would have been all fairly weak, because obviously with soccer you are keeping the ball on the ground and you are not used to using your hands at all. But yeah, I definitely had to work on my skills and I suppose my strength as well was the second thing.

"You wouldn’t get as many bangs in soccer as you would in the GAA, so it was probably about building a better base strength and conditioning wise and then along with the basic skills of catching, soloing and all of that stuff needed to be improved on and it did over the course of time."

Those soccer days were hardly wasted.

"Once I sort of committed to the GAA I would be fully 100 per cent committed to it. I just played year by year, and got onto the under-21’s and once I got a bit of a taste with Dublin then, I thought ‘I’d love to get into the senior team.’

Men like his club-man Kevin McMannamon showed him the lay of the land.

"It was a few years in the making, I was just working hard trying to improve myself. I knew if Jude’s were playing well and getting to semi-finals and finals, then you are going to get noticed but that’s sort of how it happened - just playing well for the club consistently over a couple of seasons gets you in the door." 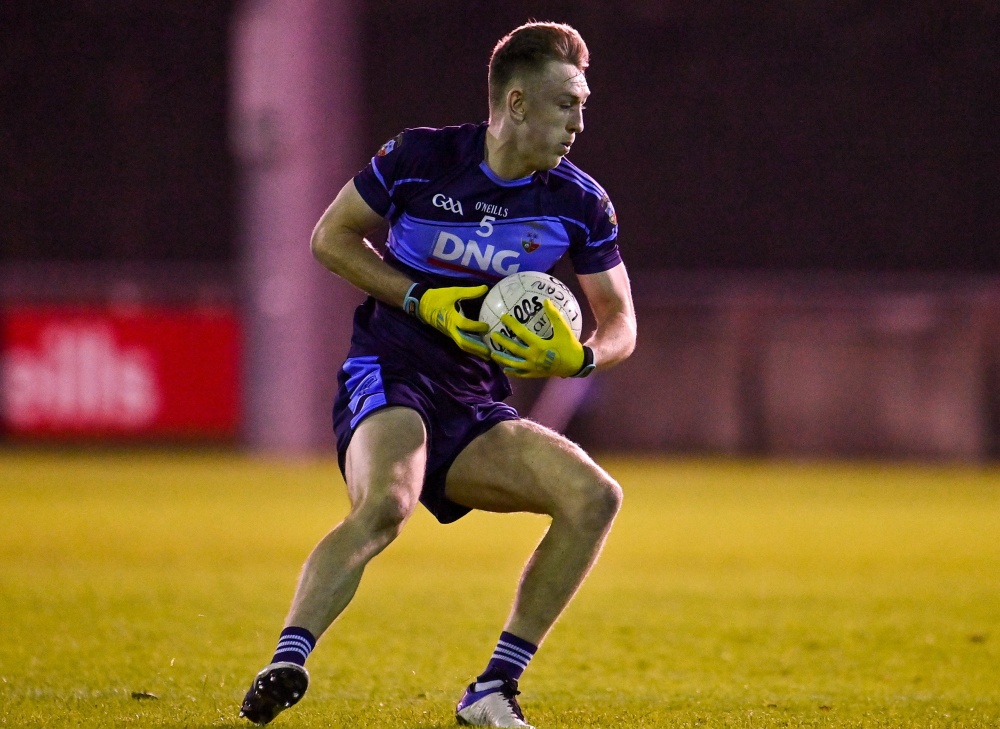 Only because he bet the door down. 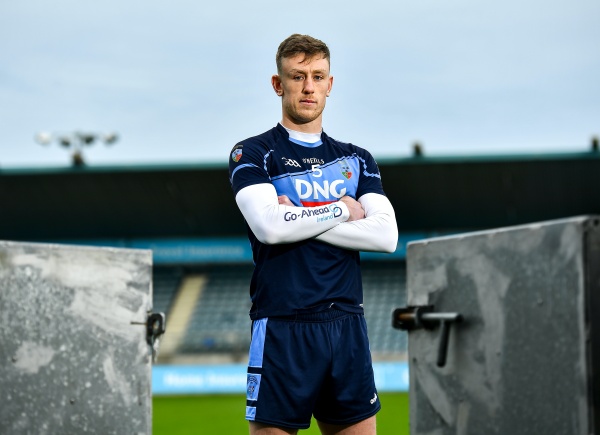 END_OF_DOCUMENT_TOKEN_TO_BE_REPLACED


popular
"I think there are only five Kilkenny players who are guaranteed to start on any given day" - Cody's motivational methods
Gary Neville reveals Man United ignored advice to sign Joao Cancelo
Sean O'Brien could get to play England, at Twickenham, in his final game
Boris Johnson slams Jurgen Klopp for defending Liverpool fans booing national anthem
QUIZ: You have 60 seconds to answer one Premier League goalkeeper question
Gearoid Hegarty's harsh red card leads to a heated debate in The Sunday Game studio
Jamie Vardy says 'Wayne Rooney is talking nonsense' about telling his wife to 'calm down'
You may also like
1 week ago
"I realise on the far side that all of that stuff is not what it's cracked up to be." - 2011 reunion allows O'Sullivan to take it all in
1 week ago
"Jesus, no, if he finds out, he'll think I'm going soft now." - the social life of inter-county GAA players
1 week ago
Buff Egan calls it as Laois skin the Cats in O'Moore Park
1 week ago
From a hurler to a super-sub to a starter who's determined to keep his place
2 weeks ago
"It's important to me to get our second team a bit closer to the first team" - Brogan does it for the club
1 month ago
"The players coming through aren’t of the same calibre.” - Christie on Dublin's eventual demise
Next Page