In 22 years of adult football, Johnny Doyle never once missed a championship game.

"I'd love to tell you that's because I mind the body and eat all the right stuff," he said with typical modesty on The GAA Hour Show recently.

"No it's a bit of a freak!. At times it was a bit of mind over matter, you'd go out in a championship match - look it you'll strap yourself up and get on with it. I think adrenaline is a huge thing, you're in the zone...I didn't have any really serious injuries that would have stopped me but there would have been times when the leg was a bit dead, little strains or the groin was a bit tight, I just tried to get on with it..."

It would take more than a dead leg to stop Johnny Doyle. 41 years of age now, the Allenwood man is still playing intermediate football for his club. It was only last month when he kicked 0-7 for them, 0-3 from open play in a championship victory over Kill. Club chairman Joe Jacob told us that Doyle has been their best player in almost every one of those games he's played. 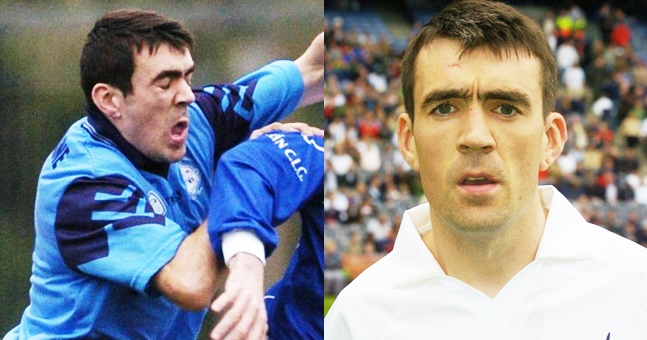 "We'll never see the likes of him in our club, or in Kildare again" - Lily's miracle man still going strong at 41

Johnny Doyle made his championship debut for Allenwood way back in 1997. A whippersnapper 18-year...

He'll be some addition to the Kildare juniors. They take on Longford in the Leinster junior semi-final in St Conleth's Park on Wednesday evening and Doyle confirmed the rumours that he'll be togging.

"I got a phone-call a few weeks back, I was wondering did he want me to do water or whatever," he said to Colm Parkinson.

"Anyway, I was humming and hawing and then I thought I'll be standing and looking over the railing giving out - well I do an awful lot of giving out anyway," he laughs.

"I said sure if you think I've something to offer - we've a bit of a kick around later on, listen I mightn't even be on the panel, I don't know sure I'll go in and have a look anyway! Sure I would be going to the game anyway..."

One of the greatest.

You can listen to the Doyle discussion and much more from Monday's GAA Hour Show here.


popular
Conor McGregor bought out of Proper 12 whiskey company
Leinster reach PRO14 Final but Ulster have every right to feel aggrieved
The SportsJOE 12 o'clock quiz | Day 312
"I'm sorry" - New bantamweight champ in tears as UFC history is made
Sean O'Brien's parting gesture won't soon be forgotten by Scott Penny
Longford leaving cert schools Europe's finest with measured masterclass
QUIZ: How well do you remember the 2010 World Cup?
You may also like
5 months ago
QUIZ: Which is the correct GAA crest?
6 months ago
"To a lot of people, playing games is such a small thing. But it's big to you and big to communities"
9 months ago
"That's done at the end of a sprint, jumping off one leg" - Kevin Feely on the art of fetching
9 months ago
"My fondest memory is definitely beating the Dubs in Parnell Park, that's just f*cking brilliant"
1 year ago
The three Kildare men putting their county on hurling map on Fitzgibbon weekend
1 year ago
"The hunger was missing. I was afraid I'd start pulling the thing down"
Next Page