"We'll never see the likes of him in our club, or in Kildare again" - Lily's miracle man still going strong at 41

Johnny Doyle made his championship debut for Allenwood way back in 1997.

A whippersnapper 18-year-old then, his name was already spoken of in awed tones around county Kildare. The future, the great white hope, he quickly delivered on all of the promise, helping his county to a Leinster title in his first year up with the seniors in 2000. 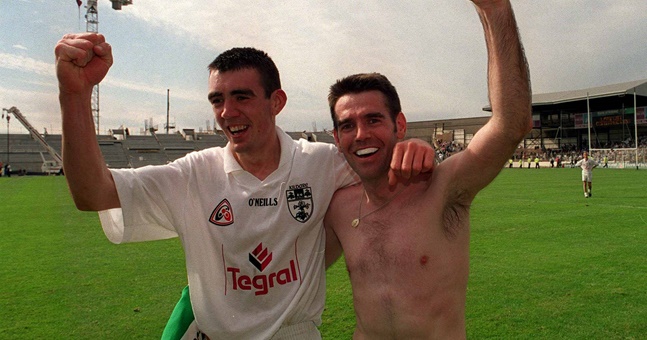 From 2000 to 2014, the spirited lily with the tongue hanging would become one of the most iconic and admired GAA stars in the country. Success didn't prove too plentiful for Kildare in the noughties, but it was never for the want of trying.

Doyle was their spiritual leader. And that he remains for Allenwood, the club he's never once sold short.

It was in 2004 when he helped them to their first and only county senior championship but fast forward to 2019 and their miracle man in the middle is still chasing hard.

Allenwood took on Kill in the Kildare intermediate championship on Sunday and that man Doyle is still front and centre. He kicked 0-7 in their 1-15 to 0-8 victory, three of them from open play and in the aftermath of the game, their club chairman Joe Jacob told us all about the type of man they're blessed with.

Johnny is now going old skool and recreating his look from the 2009 Leinster Final. Walks straight back onto the field after treatment to an eye injury and kicks his 6th point. Allenwood 0-12 Kill 0-6, 53 mins pic.twitter.com/gYTesEFetM

"He's a fantastic club man, you couldn't ask for any better. From playing under-6s all the way up to now, you name it, Johnny's been there for us, he never misses a thing," Jacob told SportsJOE.

In 22 years he hasn't missed a championship game for Allenwood, he's hardly missed a League game either.

"The senior debut was in 1997 when he was only 18 or 19 and he hasn't missed a championship game since, sure he's hardly missed any League games either. And he's been our best player in every one of them too.

I remember he used to be on The Sunday Game for RTÉ and he'd rush down to make it back for a League game with us...that man is unbelievable." 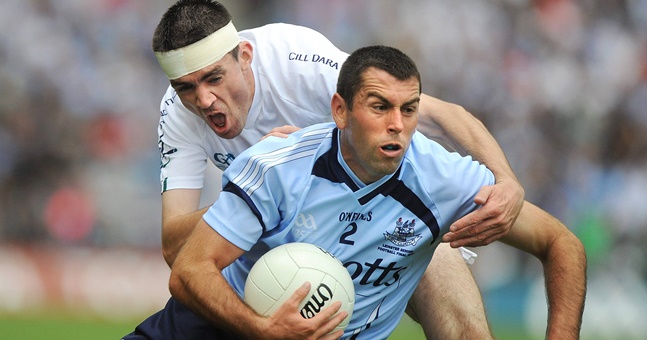 Doyle sporting the head bandage in the 2009 Leinster final

"It's great for our younger players too, we've got seven lads just out of minor and one lad who's still a minor on our team, and he's some inspiration, leader and example for them...

"I'll tell you, he still has the touch of class too, he covers every blade of grass for us in the midfield back to the full back line and he's well able to kick them over on the turn still...we'll never see the likes of him in Kildare or in our club again...sure isn't that the problem."

One of the greatest.


popular
Bill Shankly’s grandson asks for statue to be removed from Anfield
'War-scene' in Tyrone dressing room before 2005 final sums up an iconic team
We knew Sean O'Brien wouldn't let us down with his Lions XV
Dream on hold for Munster fans as O'Gara agrees to new deal at La Rochelle
"I'm not the biggest fan of academy systems" - Paddy Tally believes we should be developing young GAA players differently
Springboks legend Tendai Mtawawira tells us what he really thinks of Ellis Genge
Keith Earls backed for Lions XV by one of the best in the game
You may also like
6 months ago
QUIZ: Which is the correct GAA crest?
7 months ago
"To a lot of people, playing games is such a small thing. But it's big to you and big to communities"
10 months ago
"That's done at the end of a sprint, jumping off one leg" - Kevin Feely on the art of fetching
11 months ago
"My fondest memory is definitely beating the Dubs in Parnell Park, that's just f*cking brilliant"
1 year ago
The three Kildare men putting their county on hurling map on Fitzgibbon weekend
1 year ago
"The hunger was missing. I was afraid I'd start pulling the thing down"
Next Page