"When you’re in a situation like that, instinct takes over" - Owen Mulligan on THAT goal 16 years ago today

16 years ago today, the greatest goal ever scored in Croke Park took place.

Owen Mulligan was having difficult season for Tyrone in 2005 up until that point. The forward kept getting subbed off early and struggled to find his form in the Ulster championship.

END_OF_DOCUMENT_TOKEN_TO_BE_REPLACED

Against Dublin in the quarter final, things didn't look like they were going to get any better for him.

That was until he won the ball in around the 45 metre line, turned his man, and well, the rest is history.

Who better to articulate what happened than the man himself, as he explains in his book 'MUSGY: My Story'

"IT’S THE THING I’m most remembered for, but what happened in Croke Park that afternoon is a bit of a blur to me. Nothing was going right for me inside, so I came out the field a bit.

"We broke down a Dublin attack in front of the Hill and Ricey mopped up, lobbing a loopy fist pass to McGuigan. He kicked it long to Stevie, who couldn’t pick it up at the first attempt. 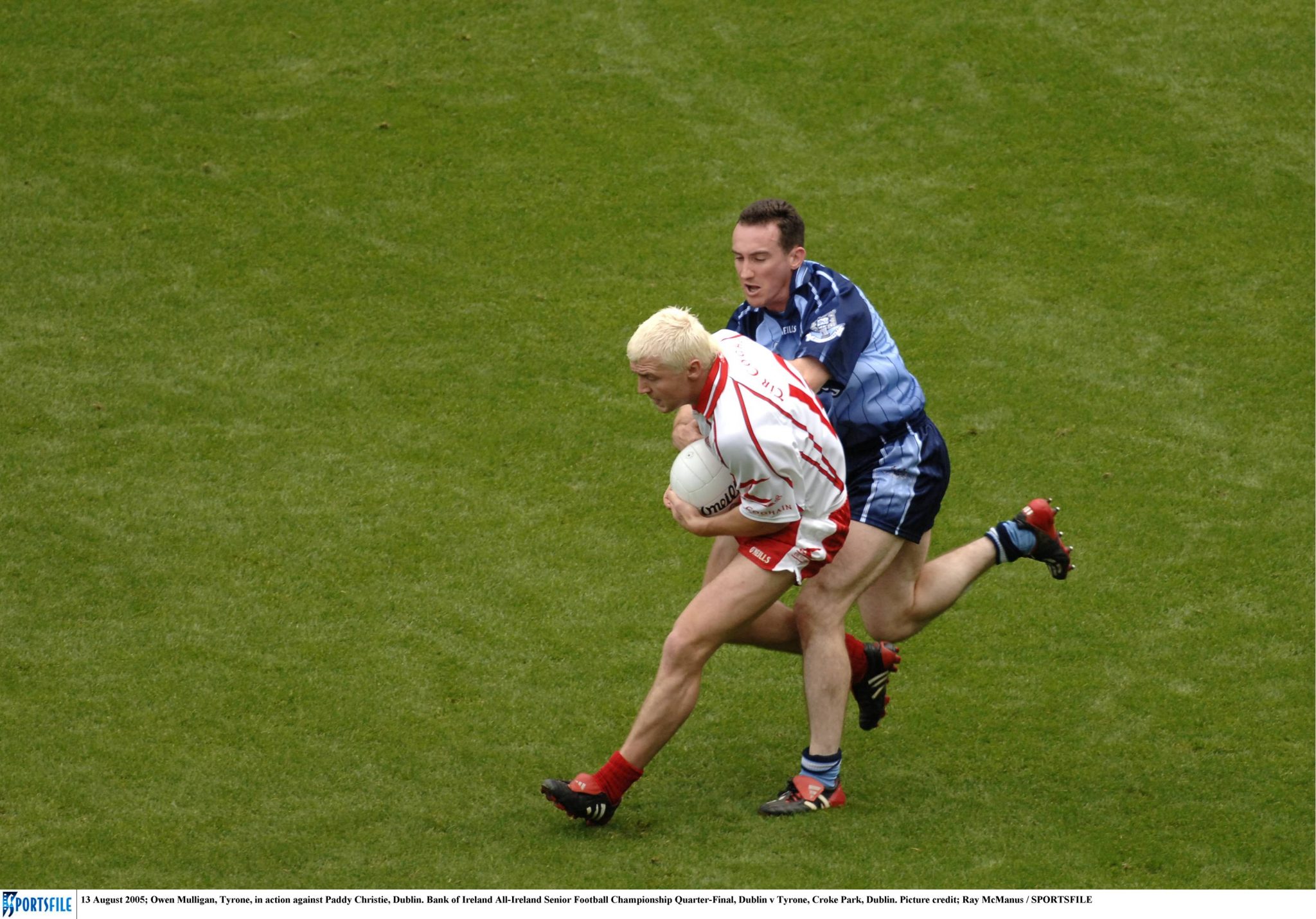 END_OF_DOCUMENT_TOKEN_TO_BE_REPLACED

"Paul Griffin kicked the ball along the ground and looked to have cleared the danger, but Stevie was really persistent and won it back. He kicked it in and I ran on to the ball, my back to goal, and let it bounce once straight into my chest.

"I was almost out as far as the forty-five metre line by the time I’d stopped running. I turned sharply, leaving Paddy Christie on the ground and out of the game.

"I looked up and there was loads of space in front of me. I soloed the ball and threw the first fist dummy on Stephen O’Shaughnessy. I felt I got past him and no more. Still loads of space.

"I bounced the ball and took another solo, spying Paul Casey coming towards me. This man is not gonna be expecting this dummy again. I threw it again. And, by God, did he not fall for it.

"Suddenly, the goal opened up wide. I could hear the crowd … ‘GOOOOO … OOONNN … GOOOOO … OOONNN.’ The noise was like waves spilling down from the stands. Growing louder and louder, and louder. Canavan and McGinley were steaming in and I was going to square it.

"I thought of my da’s words to me: ‘You’re passing the buck, why are you passing the ball so much when you’re in a good position? Why don’t you go on yourself? You can finish, for God’s sake, you’re one of the best finishers on the team.’

The Owen Mulligan show in 2005 will never be forgotten...pic.twitter.com/XP6ag781f4

END_OF_DOCUMENT_TOKEN_TO_BE_REPLACED

"I put my laces through the ball. The ball flew into the roof of the net. If Cluxton had stayed where he was, he might have got to it but I think he saw the two boys coming in and had moved slightly to his right.

"I might have side-footed it, but because the ball hit the roof of the net it made the goal look so spectacular. It felt so good I didn’t know how to celebrate. McGuigan then McGinley and Canavan came over to me, all smiling and laughing.

"It was similar to the goal I’d scored against Dublin in Omagh in the League six months earlier, only better. Two dummies, instead of one. And this time it was in front of over 78,000 people.

"When you’re in a situation like that, instinct takes over. People said I must have known after throwing the first dummy what I was going to do, because of the goal in Omagh, but it doesn’t work like that. I wasn’t thinking about anything. It was as big a surprise to me as everyone else."