"When he starts talking, fellas tend to listen up" - Johnny Buckley on Colm Cooper

Everyone knows Colm Cooper, the genius.

They've all seen Colm Cooper in his Sunday best. They've all been lucky enough to say that they lived in the era of Colm Cooper, one of the all-time greats.

In the last two generations, there probably hasn't been a more beautiful footballer. The cheeky audacity that the Gooch dreams up, the flawless execution. It amounts to mouthwatering brilliance. It adds up to deadly effect and one of the finest, most magical and most fearsome careers.

In a time of conditioning and systems, Colm Cooper's light frame bettered them all with pure ability. Pure football.

Even someone like Johnny Buckley, the Dr Crokes captain who climbed the steps of the Hogan Stand to accept the All-Ireland championship for his club, he hero-worshiped Colm Cooper.

END_OF_DOCUMENT_TOKEN_TO_BE_REPLACED

The corner forward is now 34 and still ripping teams apart but Buckley, six years his junior, still remembers the impact the legend had on him. And he can only imagine what it's like for the teenagers coming in nowadays with Cooper in their club team.

"There were times when I was growing up at 13, 14, 15 and you were growing up watching Colm Cooper play, never mind the boys coming in now at 17 or 18. But he treats them no different than what he treats everyone else," Johnny Buckley said on The GAA Hour.

"It's a great learning curve. The first couple of times when they're new to the dressing room and Colm is talking, you can see they're definitely listening to what's being said. They're learning a lot, even the younger lads who aren't directly involved in the matches at the moment." 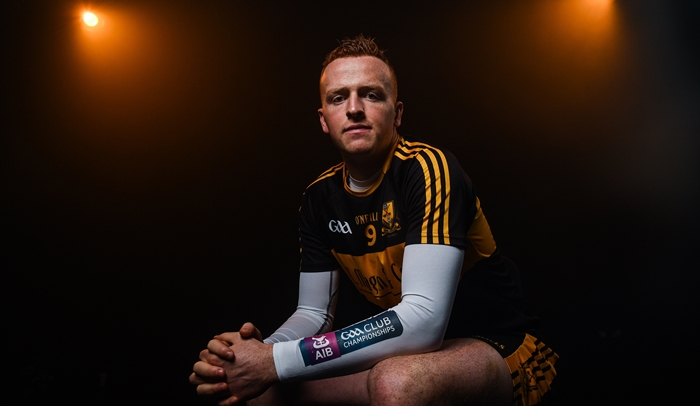 For Buckley, when he first encountered Cooper in training, he was so awe-stricken that he simply didn't want to get in his way.

"They were training for an All-Ireland final against Crossmaglen, which they lost after a replay," the midfielder recalled.

"A couple of us had come up from the minors and, at that time, we were coming into a team which was very much in championship mode with himself and Eoin Brosnan - from my point of view, that was another fella who I always looked up to as well.

"You just try to get the closest seat to the door and sneak into the dressing room - just go about your business and not get in the way when you come in at first."

But, still, the effect of the Gooch is the same.

"He doesn't stand out, it wouldn't be his style to be roaring and shouting around the place," Cooper's club mate explained.

"He's a great man to have around the club, he does a lot behind the scenes, especially with the underage - he pops up every Saturday he can.

"He's just a great guy to be around. Just from the dressing room, when he does get talking, he has that wealth of experience behind him and he's a very good talker, a very good motivator. When he does start talking, fellas tend to listen up.

"I've been lucky enough to have played with him for years and it's something we'll be doing hopefully for another few years yet."

Listen to the full interview from 27:23 below.

popular
Roy Keane reacts to Brazil's jubilant celebrations in first half demolition job
World Cup 2022 Day 16: All the major action and talking points
Didi Hamann thought Brazil substitution was "disrespectful" to South Korea
Roy Keane handled Gary Neville’s goal celebration as most Irish fans would
Portugal boss could strip Cristiano Ronaldo of captaincy
Rory McIlroy explains 'falling out' with Shane Lowry that lasted a few years
Roy Keane cracks up ITV pundits with description of Senegal supporters
You may also like
2 years ago
Hard to argue with Club hurling team of the year as Ballyhale and Borris-Ileigh dominate
3 years ago
'The Iceman' inspiring Neil McManus to get the best out of himself and the Glens of Antrim
3 years ago
The club that started the year with no manager and ended up in an All-Ireland final
4 years ago
Quiz: Which classic club GAA player are you? Take the test to find out
4 years ago
Dr Crokes have a simple way to produce good footballers but not enough clubs do it
4 years ago
The best club football 15 in recent history
Next Page