WATCH: Scenes in Carrick on Shannon as Mayo Leitrim goes to penalties

The first Sunday of 2019, a Sunday of firsts for Gaelic football.

Despite trailing by eight points at one stage in the first half, the men of Leitrim showed courage, perseverance and belief in abundance in front of the diehards in Páirc Sean Mac Diarmada to level it up when it mattered most and to send their Connacht League clash against Mayo to Gaelic football's first ever penalty shootout.

Eventually, James Horan's side won out on 4-1 on spot-kicks but Terry Hyland's men deserve huge credit for their spirited showing and with this their second time in the last two years of this competition to hold Mayo to a draw, they'll take some huge positives in the consistent strides they're making going into the 2019 season.

It all began brightly for an experimental travelling side. Brian Reape netted an early goal for them and Fergal Boland followed it up to leave Leitrim down by three on a scoreline of 2-1 to 0-4 after just seven minutes. 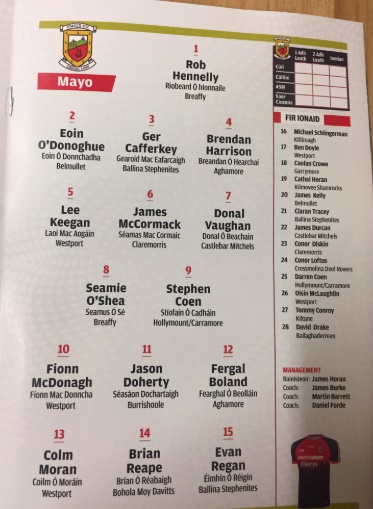 Mayo kept piling on the pressure but with the breeze having been at their backs, they were probably hoping for more of a cushion than the seven points they led by at the half-time interval.

And Leitrim made them pay for it.

Evan Sweeney and Ryan O'Rourke left the net shaking twice in the space of a minute on the 47th and 48th and that left only one point in it with the elements favouring Leitrim. 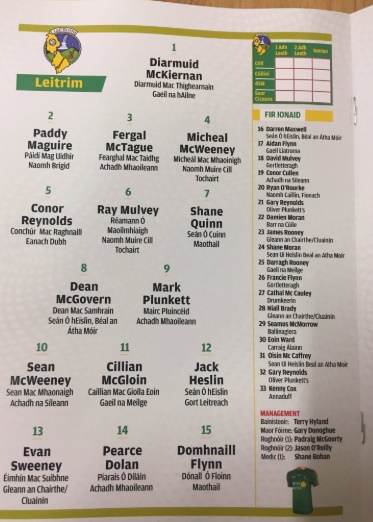 Boland and Diarmuid O'Connor pointed the way out of trouble for Mayo but Leitrim kept on coming back for more and by the 39th minute of the second half they'd levelled it up, just seconds after Ryan O'Rourke blasted off the cross-bar with a goal effort to win it.

So on they went to a penalty shootout, which Mayo won but you can watch the entertainment unfold from a buzzing Avant Card Páirc Sean Mac Diarmada here.

Jason Doherty slots the first one home for Mayo.

Penalty 1, back of the net from Jason Doc. #mayogaa #gaa pic.twitter.com/Ju2kbonXq0

Ryan O'Rourke makes it 1-1 for Leitrim.

Fergal Boland bangs one in for Mayo.

Evan Regan wins it for Mayo.