What do we want from sport? Fairness, excellence or a simple desire to be entertained?

For those of us that never made the grade at the top end of elite sport, there's always that little part of us that looks on and wonders what would I do in 'that situation'?

Would I roll around and take seven tumbles over the sideline if I had been tackled by a lunging Adem Ljajic? Would I spend most of my time at the World Cup camping in a hotel room with Sergio Aguero if I was Lionel Messi? Would I stroke my goatee if I was Cristiano Ronaldo when I scored a goal or call for VAR assistance every time I felt I had been fouled?

I probably wouldn't do any of those things, but then again, I am not Neymar, Lionel Messi or Cristiano Ronaldo. 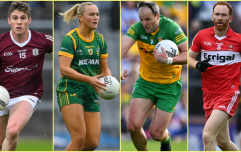 END_OF_DOCUMENT_TOKEN_TO_BE_REPLACED

Besides, when I'm sitting there on the couch watching the World Cup I'm not picturing myself playing for Brazil, Argentina or Portugal.

I'm playing for Ireland, in the heart of midfield, dragging a limited Republic of Ireland team through the group stages and spending my entire summer asking Martin O'Neill about old Brian Clough stories and talking to Roy Keane about how we're really going to have a crack at this next opponent.

And then suddenly I'm back in my living room. I'm not playing for Ireland. I'm not scoring match winning free-kicks. But I am watching Roy Keane talk about wanting to rip Carlos Queiroz's head off on ITV. 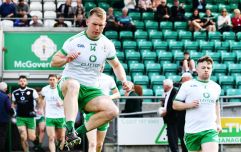 END_OF_DOCUMENT_TOKEN_TO_BE_REPLACED

Denmark midfielder Christian Eriksen is a big part of the reason why Keane and O'Neill are sitting in television studios and not dugouts in Russia, while for myself, there's any number of reasons why I'm not playing for Ireland.

Dedication, commitment, that debilitating knee injury I keep telling people about, or simply, and plainly, lacking the necessary talent.

I never scaled the heights of professional sport, most people don't, but like most people watching this World Cup, I have received significant enjoyment from watching the tournament.

From watching a mediocre South Korea team dump defending world champions Germany out in the group stages. From watching the first Colombia game I've watched in four years and enjoying it just as much as I did the last time I watched them in Brazil. From watching Lionel Messi produce a moment of sheer genius against Nigeria when the pressure mounting on him was at its absolute apex. 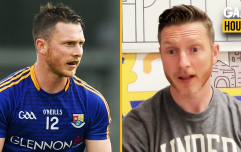 END_OF_DOCUMENT_TOKEN_TO_BE_REPLACED

I enjoyed all of it but there's always a part of you that wishes that you were the person playing on television instead of the person watching it from the couch.

Anyone that has ever played sport has almost certainly had similar dreams and aspirations at one point in time. It's hard to play sport as a kid and not allow yourself on some level to imagine that you could actually play at the pinnacle of the particular sport that you're playing.

We discover at school that some people simply can't kick snow off a rope while we look at others and think 'there's no way that 'x' is not going to play for 'y'. They're destined for it'.

When it does happen we're delighted for that person but when it doesn't happen for others, it doesn't mean the whole process was a waste for sport is many things for many people.

For some it's simply a social activity, a way to stay active, a weekly event to learn how to interact and work with others from a very early age. For others it's a form of competition, a means for testing yourself against others, at times, a source of self-fulfillment. At times, a source of income.

In some cases, sport is an avenue for a better chance at a better life. As Raheem Sterling elegantly noted in his Players Tribune piece last week:

"If people want to write about my mum’s bathroom in her house, all I have to tell you is that 15 years ago, we were cleaning toilets in Stonebridge and getting breakfast out of the vending machine. If anybody deserves to be happy, it’s my mum."

It was a powerful message about what sport can do for people, and equally the challenges that it can create when you become a national symbol from the success you've had through sport, but we all look for different things from sport depending on what stage of life we're currently at.

All three demographics in Ireland were probably giving out about the conduct of the GAA this week, as opposed to any other week in the calendar year, when the Association decided to strip Kildare of a home game and move it to a bigger stadium, in a different county, that would accommodate more people and bring in a lot more  safety plaudits for headquarters.

Cian O'Neill and the Kildare county board took on the GAA, with a borderline consensus backing from the public, and won.

For O'Neill it was about fairness:

“The draw is the draw, the fixture is the fixture, we were drawn out first and let’s be fair about this and let’s not bring other issues that have nothing got to do with the game of football.

“Stick to the rules you created and stick to the draw that was made in the presence of the president of the GAA this morning, stick to those rules and let’s go and play football. There’s too much talk about this, let’s just get on the pitch on Saturday, at St Conleth’s Park in Newbridge at seven o’clock.

“We’ll be in St Conleth’s Park, togged out, ready to go.”

Mayo are three point favourites for Saturday's game, maybe that's four points if the game was to be played at Croke Park, and maybe Kildare lose whether they play at St. Conleth's Park, Croke Park or St James' Park, but that's not the point, the point is that they fought for what they thought was fair and earned the outcome they deserved in a sport where the big teams often enjoy even bigger advantages.

Fairness drove Kildare to threaten a no show, but how many of the 32 teams, or fans, at this year's World Cup would boycott the tournament for the fairness of Russia's winning bid? Or any of the dozens of other issues that you can throw at the Kremlin?

Admittedly, for as archaic and as nonsensical as the GAA can be at times, they're seemingly a lot easier to convince in changing their minds than the toxic decision makers that operated under Sepp Blatter's Fifa regime.

But the issue of fairness is not as vital as it should be once the tournament starts.

The legitimacy of the bid, the doping concerns and all the other issues with regards to the host nation don't disappear (and they're just the football issues) they're just temporarily overshadowed by Uruguayan children running around their school with unbridled joy after a match winning goal, Mexican fans doing shots of tequila with the South Korean ambassador after El Tri advanced to the knockout stages following Germany's collapse against South Korea and Diego Maradona double barreling middle fingers after a late Marcos Rojo winner saved Argentina from elimination against Nigeria.

We want fairness from the GAA, FIFA and every other sporting body, we want excellence from Neymar, Ronaldo and Messi, and we will hammer them if they are anything but that, but maybe above all else we just want to be entertained.

Fairness is hard to find at a national and international level, sport or otherwise.

Excellence, the type of excellence that Neymar, Ronaldo and Messi consistently produce can be even harder to discover, but entertainment? You won't have to look far for it.

Whether it's on the pitch, in the stands, in the television studios or on the national news, sport is as entertaining as ever. The best show on television.


popular
Pitch-side microphone picks up Eric Dier joke about Mo Salah
'ROG isn't that sort of guy' - Brian O'Driscoll on first Ronan O'Gara encounters
Cutting through the contradictions from one of the worst television segments of the year
Aiden McGeady details the abuse he suffered after playing for Ireland instead of Scotland
Roy Keane shows great comic timing after Jack Grealish party invite
"I've still got about 10 different screws left in me" - Jack Clifford's challenge
Noel Gallagher left 'covered in blood' after headbutt from Ruben Dias’ dad
You may also like
4 days ago
Kylian Mbappe asked PSG to sell Neymar and replace him with Ousmane Dembele
2 months ago
PSG mess gets worse as 'angry' Achraf Hakimi 'wants to leave'
2 months ago
Neymar and Donnarumma 'separated after heated exchange' following Real Madrid defeat
3 months ago
MLS chief fires back at Neymar for patronising vacation comments
6 months ago
Jamie Carragher explains how PSG's star trio will stop them winning UCL
7 months ago
"I don't know if I have the strength of mind to deal with football any more." - 2022 World Cup to be Neymar's last
Next Page