'From a Tyrone perspective, I was glad to see Tommy Walsh take that shot'

A fine footballer, but not the most dangerous of long-range strikers.

It was a frantic end-game and the allocated time had long since passed. David Coldrick looked determined to see the final Kerry attack out, and Tommy Walsh did not shirk the responsibility.

As it turns out, the veteran forward may have been better served seeking out a better placed teammate or driving forward to keep the attack alive. 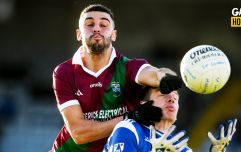 END_OF_DOCUMENT_TOKEN_TO_BE_REPLACED

Kerry looked primed to reach the All-Ireland Final, on Saturday, when they led by two points, late in the day, against a dogged Tyrone side. A burst through the Kingdom lines by Darragh Canavan and a rebound smacked home by Cathal McShane turned the game on its' head and extra time was needed to separate the sides.

With McShane and Conor McKenna coming up big in extra time, Kerry were facing elimination unless they could somehow get down the pitch and fashion a decent scoring chance in the space of 60 frantic seconds.

In the latest episode of The GAA Hour [LISTEN from 10:00 below], host Colm Parkinson discussed Kerry's last throw of the dice with Alan Brogan and Colm Cavanagh. 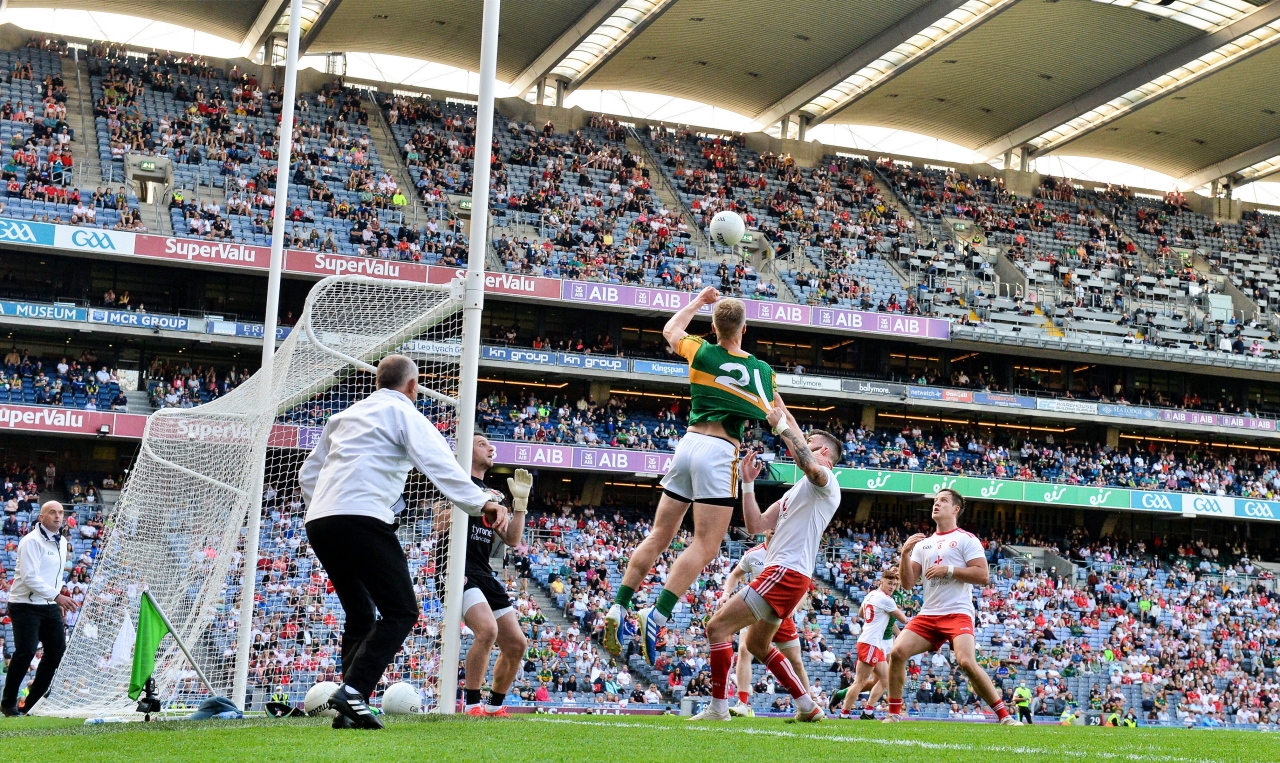 In the final throes of an absorbing semi-final, Conor McKenna's dart at the Kerry goal, which earned a 45, looked to have earned Tyrone the win. 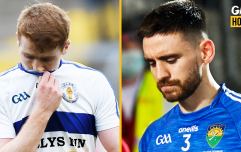 END_OF_DOCUMENT_TOKEN_TO_BE_REPLACED

McKenna did not score but his effort was deflected out for a 45 that Tyrone goalkeeper Niall Morgan chewed up the clock with before missing with his attempt.

David Coldrick allowed play to restart, even though there were mere seconds to play, and waved play on despite the cynical efforts of a couple of Tyrone players to foul Kerry lads up the pitch. Time had gone past the additional minute of added time, at the end of extra time, but Coldrick was not blowing his whistle.

"I think Coldrick would have given Kerry plenty of time," said Parkinson, "because he was so pissed off with Ben McDonnell for that black card, when he picked up the Kerry player and threw him on the ground.

"And then, hilariously, he was sent off. I've never seen that happen before - the ref sent him off without stopping the play. He was like, 'Let's get ye up here and get this equaliser, and we'll all have penalties!' There was that feel about it."

"For that reason, I think the ref would have given Kerry a chance to get a shot off."

Kerry did get themselves up into scoring range and while they got no clean look at the sticks, Tommy Walsh did get his mitts on the ball some 35 metres out [possibly closer to 40].

It was do or die, but Walsh's effort had neither accuracy nor distance. It was game over.

"From a Tyrone perspective," said Colm Cavanagh, "I was glad to see Tommy Walsh take that shot.

"I knew as soon as he out running that loop that it was a very, very tough kick. Running at pace and trying to get a step on someone like [Ronan] McNamee bearing down on him.

"I thought, if they had've been cute about it, they could have tried to work it in closer to someone like Sean O'Shea on the ball to finish it, or Stephen O'Brien. Someone who can run it and get a yard, or step, in front. And I'd say it wouldn't have taken very much for Coldrick to give a free to level it up. He nearly wanted to do that.

"Kerry had done well to get it back close after going five points down so it was a harsh way to finish. But, from a Tyrone perspective, I can't complain."

Tough as it may have been for Kerry to go down swinging, Cavanagh says - as a Tyrone supporter - he was happy that the Kingdom's forward unit lacked composure just when they needed it most.


popular
"It’s hard not to respect Johnny, even if you don’t like him!" - Dan Biggar
Martin McHugh: Them lads were stronger than the modern day player who's lifting weights all the time and doing no manual work
Quiz: Which footballer has played more times for Ireland?
"I was in the Blackrock end goal looking up to the heavens saying, "Get us through it" - Kerins following his late father's footsteps
Sky Sports presenter explains why Roy Keane and Graeme Souness are so critical of players
Dessie Farrell set to cut large chunk of Dublin players as panel is reduced for league campaign
Eddie Jones shares great tale on hour-long chat with 'inspirational' Roy Keane
You may also like
2 months ago
"There's plenty of heartache in this management trade, so you take these good days" - Hogan on the double
2 months ago
"I just can't do the training to be honest" - Deasy's hamstring woes a cautionary tale
3 months ago
"I'll go back running the roads now and make sure my body doesn't get lazy"
3 months ago
"There are clubs in every county that you just know - they like fighting." - Fighting passes on through the generations
3 months ago
Wooly and McAvoy clash on the subject of Championship reform
3 months ago
"That's just sport. It made yesterday all the sweeter." - After the darkness comes light for Mahony
Next Page