What the All-Stars really stand for has been lost in translation over the last while. When Colm Cavanagh's named at full back on the team, even though he never played a minute on the edge of the square for Tyrone for the whole year, you know there's something wrong.

The same goes for Brian Howard, who played all of his football at wing forward but makes the All-Star team at midfield. The problem is, it has a knock on effect and players who do deserve to make the team in the positions they've played in, like Ryan Wylie and like Shane Walsh.

END_OF_DOCUMENT_TOKEN_TO_BE_REPLACED

There will be shortcomings and fall-guys in every single All-Star team, but never has there been a bigger blooper than the hurling rendition back in the year 1994. 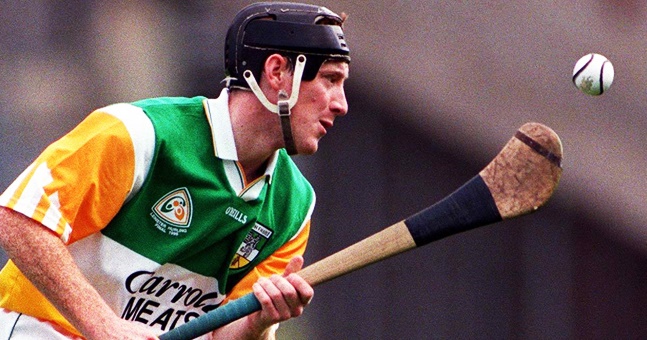 The best half back hurling has ever seen had one of his best ever years in 1994 and he was honoured with the Hurler of the Year award. Unlike the majority of the player of the year awards, there was no real debate about it. 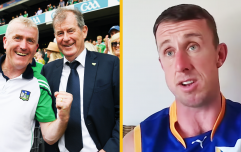 "We were known as stab city, the butt of everything. Of all the things JP has done, he has made everyone so proud to be from Limerick"

END_OF_DOCUMENT_TOKEN_TO_BE_REPLACED

Whelehan was out on his own and that was that. The All-Star team, however turned out to be a different kettle of fish entirely.

The All-Star XV for the year named on the same night in the capital city, Brian Whelahan didn't make it onto the chosen 15.

The team of the millennium member was a victim of his own versatility that night. Seeing as he was the best no matter where he played on the pitch, Whelahan was nominated for two positions on the All-Star team.

That meant his vote was split in half and in the end it pushed him out of the team. The team was chosen via a secret ballot from media heads and it was only revealed on the night of the function. 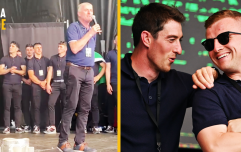 END_OF_DOCUMENT_TOKEN_TO_BE_REPLACED

"He actually got more votes than anyone else but didn’t win a spot," Michael Lyster explained.

Whelahan got over that and ended his career with four All-Stars, but it makes everything else relative in the great All-Star debate.

The Hurler of the Year 2018 is being announced on Friday night. Just imagine the uproar if Joe Canning, Cian Lynch or Padraig Mannion didn't make it on to the All-Star team.

2. The people of Offaly rally around Brian Whelahan

3. The lads in charge of the whole thing haven't a clue anyway

4. The journalist who loves taking the moral high ground

5. This is the last straw


popular
"I remember just hugging this Irish guy" - How one Kiwi rugby star reacted to Ireland's historic series win
Mario Balotelli, Luis Suarez, Fernando Torres and why Rio Ferdinand "hated them"
"I don’t trust you" - Joey Barton delivers brutal dismissal of Irish defender
"I'll ask for everyone that comes to the game to wear purple and roots for us" - Pat Fitzgerald
Down county football is in tatters, but Conor Laverty is the man to piece it back together
"We'll support him in any way we can" - Wallabies captain Michael Hooper backed for brave mental health decision
Man United target two new forwards as desperate search for a striker goes on
You may also like
3 weeks ago
GAA JOE 2022 All-Star hurling team
3 weeks ago
Gearoid Hegarty sets the tone for legendary Limerick performance with a moment of utter defiance
3 weeks ago
"John was probably the last guy to get the better of Sean Finn" - How Kilkenny beat Limerick's golden generation in 2014
1 month ago
"I'm not sure anyone can do what Gillane can do" - Gillane gets the praise he deserves
1 month ago
"He's actually smiling putting the ball over the bar. He should nearly be fainting." - Ryall on Limerick's legacy
2 months ago
"I don't think that is fair and impartial" - Brennan questions optics of a Limerick man on The Sunday Game
Next Page