"He took the punishment all day and kept on coming back for more, he's brave"

Dara McVeety was marking one of the toughest cookies in Gaelic football at the weekend.

James Morgan of Crossmaglen. Hard as old boots and tighter than McVeety's haircut, the Cavan forward wasn't given an inch without a few belts in Clones.

"McGeeney had to take him (Morgan) off, he's all or nothing isn't he, you nearly have to say calm down! but I'd hate to mark him," said Colm Parkinson on The GAA Hour Podcast.

A jersey tugged, an arm held, a chest welted. Any time the camera flashed to Armagh's last line all eyes were drawn to the pair in front of the goalie going at it.

And both men were revelling in it.

For all Morgan's pushing, shoving and fouling, the Crosserlough man kept on putting himself out there, demanding the ball off his teammates when too many of them were standing in behind.

His interventions were pivotal too, two clutch second half points keeping Cavan in the game at a time when they were a man down and really up against it. Parkinson spoke very highly of McVeety's willingness and 'bravery' on The GAA Hour Show.

Usually, bravery is a quality attributed to those coming in with a big hit or last gasp block but even though McVeety shipped a few belts, Parkinson was talking about his bravery in terms of constantly look for that ball even though a mistake could have cost the game.

"He's a player I really really like. He took the punishment all day and kept on coming back for more. He's very good on the inside line as well. He's accurate too, he only got two points from play but they were two spectacular points..." 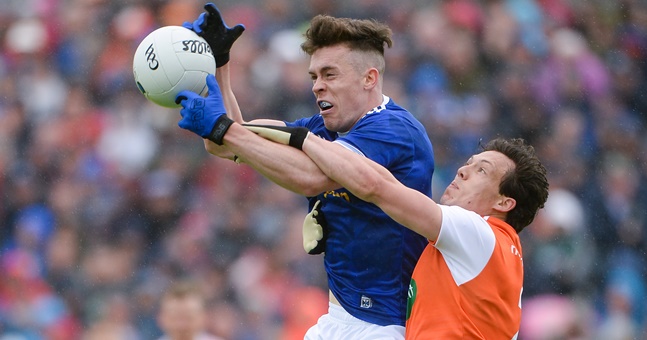 "He's brave, there's different measurements of bravery, there's lads that go in for huge balls and get hurt. There's also bravery to be constantly out looking for that ball when your team needs you and that's what he did especially in the second half with those important scores. He never dropped those levels of wanting the ball and you can't buy that...It would be easy hide when you have lads constantly at you but McVeety took knocks, won hard ball and wanted the ball..."

"He seemed to be enjoying that sort of attention as well," added Conan Doherty.

Another Cavan player who came in for praise was Cian Mackey, the ageless Breffni warrior who comes in off the bench and makes all the difference. 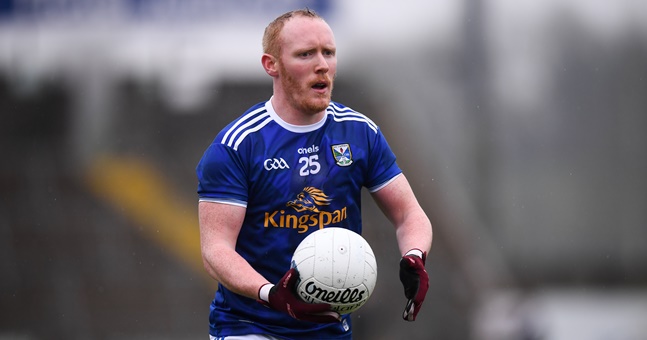 "He's deceivingly fast as well, I remember chasing him in a few games and he's way quicker than he looks," said Johnny Doyle.

"He looked like maybe reality is different, but it looked like ' I can see what's going on here lads, ye work away, ye run around like dogs after a ball and I'll just sit, throw it out to me when you're finished messing with it and I'll do the business..."

In his 128th game for Cavan, the half forward hit three big points for his county.

You can listen to this discussion and much more from Thursday's GAA Hour Show.

popular
QUIZ: Identify the missing sponsors from these football jerseys
"I was like, ‘My ear is hanging off my head. Can you not see that?!'"
The SportsJOE 12 o'clock quiz | Day 307
Japanese rugby players living off the classic Irish school lunch for pre-match-meal
QUIZ: Name all 50 of these 2000s Champions League players – #4
"People that get All-Stars aren't just a cog in the wheel. These are the special, outstanding players"
Cristiano Ronaldo sets rough retirement date
You may also like
1 week ago
"If we moved we were dropped" - Good memories come flooding back for Ryan
2 weeks ago
"The more you win, the more motivated you become"
2 weeks ago
"Angry" Sligo manager McEntee calls on GAA to stand up to government and get some clarity for its members
3 weeks ago
"My thing was just to play the game, have the craic and enjoy it afterwards"
1 month ago
"There were some tough battles but I was happy to test myself against the best"
1 month ago
"The divil you know is better than the divil you don't" - Larkin stands by Cody
Next Page