"We have to put on a spectacle, and perform and start winning games to be respected within Tipperary and get people following us."

Those were the words of Tipperary star Aishling Moloney when she spoke with SportsJOE ahead of her side's Lidl Ladies National Football League Division 1 opener against All-Ireland champions Dublin.

On Sunday, Moloney and her teammates put on a show, and put it up to Dublin, but were denied victory, in the main, by the equally excellent Carla Rowe. The following round-up is compiled by Declan Rooney:

A remarkable performance and late equaliser from Moloney earned Shane Ronayne’s side a point in Ballyboden. Moloney struck the game’s only goal before the break to give last year’s Intermediate champions a healthy five-point cushion at half-time, but spurred on by a superb performance from Carla Rowe, Dublin remained in touch.

Rowe – who scored five points from play – Kate Sullivan and Niamh Collins pushed Dublin ahead in the closing stages, but Moloney converted a late free to give Tipperary something for their efforts in a 1-7 to 0-10 draw. 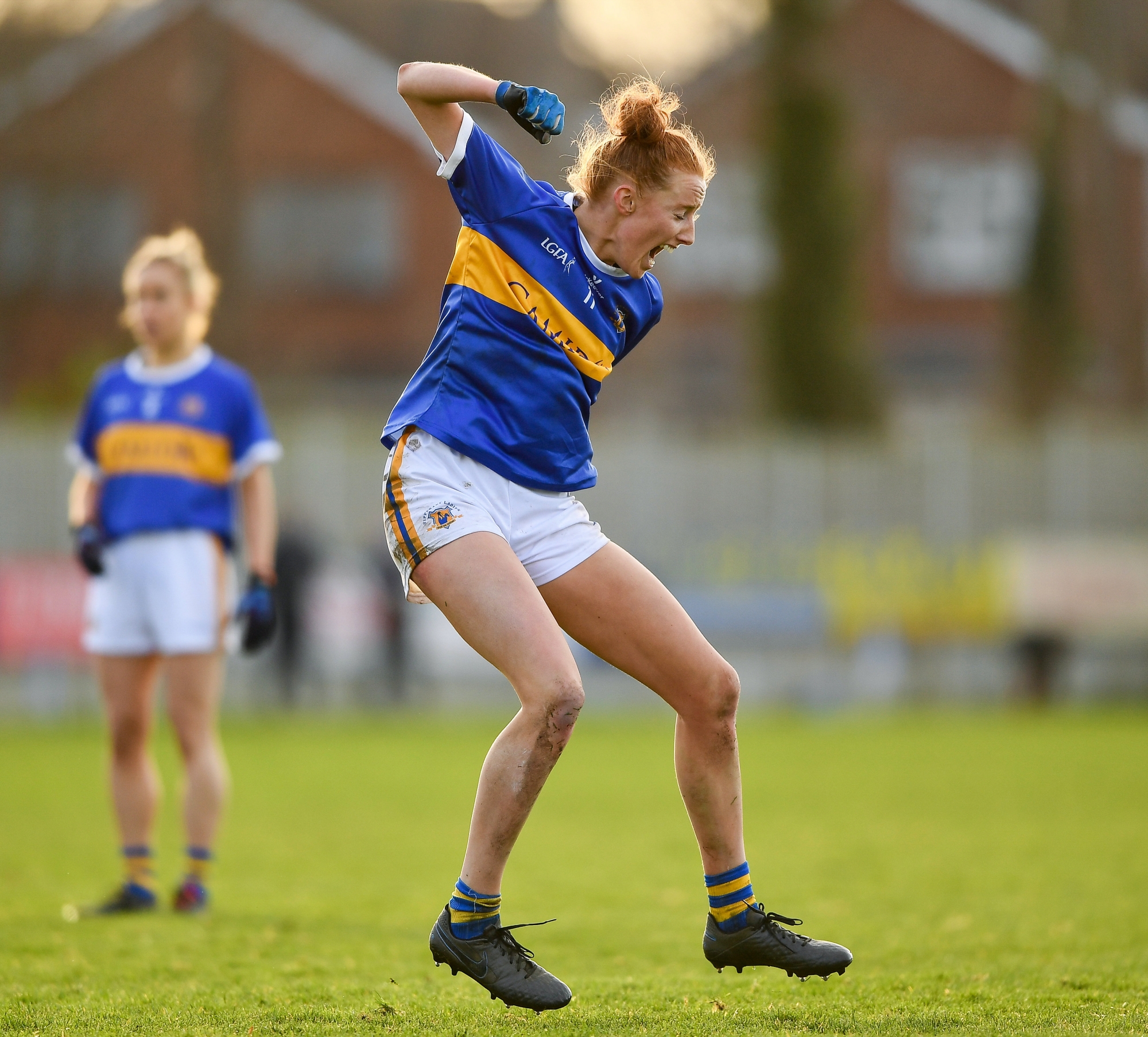 Elsewhere, in Corofin, nine points from Tracey Leonard almost rescued Galway, but four first-half goals from Waterford proved crucial in their 5-4 to 1-15 triumph.

Triplets Emma, Aoife and Katie Murray all hit the net for the Déise, who marked their return to the top flight with a precious win in the west.

Waterford held a 4-3 to 1-6 lead at the interval, with Roisin Leonard scoring Galway’s goal, but with scores at a premium for the Déise side after the break, Chloe Fennell’s point was the vital score in the end.

END_OF_DOCUMENT_TOKEN_TO_BE_REPLACED

Meanwhile in Swinford, Lisa Cafferky and Rachel Kearns hit two goals each for Peter Leahy’s Mayo side to give them a promising start to their Lidl league campaign. Donegal never really recovered from Mayo’s bright opening half and left empty handed despite Geraldine McLaughlin and Nicole McLoughlin goals in a 4-7 to 2-9 win for Mayo.

And in Saturday’s historic game, Orla Finn got Cork off to a flying start at Páirc Uí Chaoimh with four quick points, but it was Eimear Scally’s goal midway though the first-half that got the champions up and running by 1-9 to 0-6.

Rachel Dillon and Lucy McCartan pointed for Westmeath before half time but they still trailed 1-5 to 0-3 at the break, and although they closed the gap to four points in the second half Cork kicked on and made sure of the win in the closing stages.

In Division 2 action, Blaithin Mackin scored a goal in each half as Armagh picked up an away win against Clare in Doonbeg, while Aisling Maguire’s late goal was not enough for Cavan, who fell to Kerry by a single point. Louise Ni Mhuircheartaigh hit a goal in each half for the Kingdom in their 4-8 to 3-10 win.

Monaghan were very impressive winners in Wexford and their 6-23 was the biggest tally scored by any team in the opening round of the national league. And first-half goals from Kelsey Nesbitt and Bridgetta Lynch were vital for Meath, who ran out 2-14 to 2-6 winners against Meath.

In Division 3 Kildare were impressive victors against Fermanagh after an eight-point win, while a late Michelle Farrell goal was not enough for Longford to halt Down, who claimed the honours at Glennon Brothers Pearse Park by 3-8 to 1-7. In Boyle two goals from Sinead Glennon and a third from Jenny Higgins was key in Roscommon’s victory in the North West derby against Sligo, while Sinead McGettigan kicked a late, late equaliser for Wicklow to force a share of the spoils in their clash with Laois.

And in Division 4 there was wins for Carlow over Limerick, Leitrim had a very convincing away win in Derry, while Offaly edged past Antrim by four points.

popular
The SportsJOE 12 o'clock quiz | Day 288
You'll have to be a diehard fan to get 20/20 in this Liverpool players of the 90s quiz
QUIZ: You have 30 seconds to answer this one tricky football question
In defeat, Jerry Kelly dies with his boots on in coming of age final display
The SportsJOE 12 o'clock quiz | Day 286
SportsJOE 2000s Football Quiz | Round 11
"I did for one second think of flinging the boot at him" - Maher's journey an inspirational thing
You may also like
4 weeks ago
"Cillian O'Connor, amazingly, didn't even flinch at what was said by Philly"
4 weeks ago
"Outstanding refereeing" - courageous ref praised after under-20 final
4 weeks ago
Mutual respect between Fitzsimons and Keegan a stirring sight
4 weeks ago
Dublin and Mayo players clash in tunnel at half time
4 weeks ago
6-in-a-row for Dublin as they beat Mayo again
1 month ago
Mayo know what's required to beat Dublin... but it could get dicey
Next Page