Club GAA in south west Dublin will be humming after this set of results on Saturday.

The Dublin football club championship final will be played out between Thomas Davis and Ballyboden St Enda's after a day of high drama at Parnell Park.

Earlier in the day, Colm Basquel registered 1-4 for Ballyboden as they came back from six points down to St Jude's, at half-time, to win 2-10 to 1-10.

END_OF_DOCUMENT_TOKEN_TO_BE_REPLACED

With 'Boden making another Dublin football final, they were able to sit back and watch as Thomas Davis sought to dethrone reigning champs Kilmacud Crokes.

The Tallaght side trailed 0-4 to 0-1 in the first half but the scores were level at 0-6 apiece by the break. Crokes lost Craig Dias and Dublin forward Paul Mannion to injury but worse was to follow.

Within a minute of the restart, a high ball into the Crokes square saw goalkeeper David Nestor fumble and Ciaran Farrelly was there to slam that loose ball home.

Veteran midfielder Brendan Kirby added a second Thomas Davis goal, soon after, and Paul Kelly's side ran out 2-12 to 1-10 victors.

Following the game, which sees Thomas Davis back in a Dublin final for the first time since 1991, Kirby told RTE:

"We were confident in ourselves coming in... We've been on a journey over the last couple of years, we just built momentum, momentum and when we have our full team together we can compete with them all.

"I've been playing senior 14 or 15 years and I thought this chance was gone to be honest. It's phenomenal." 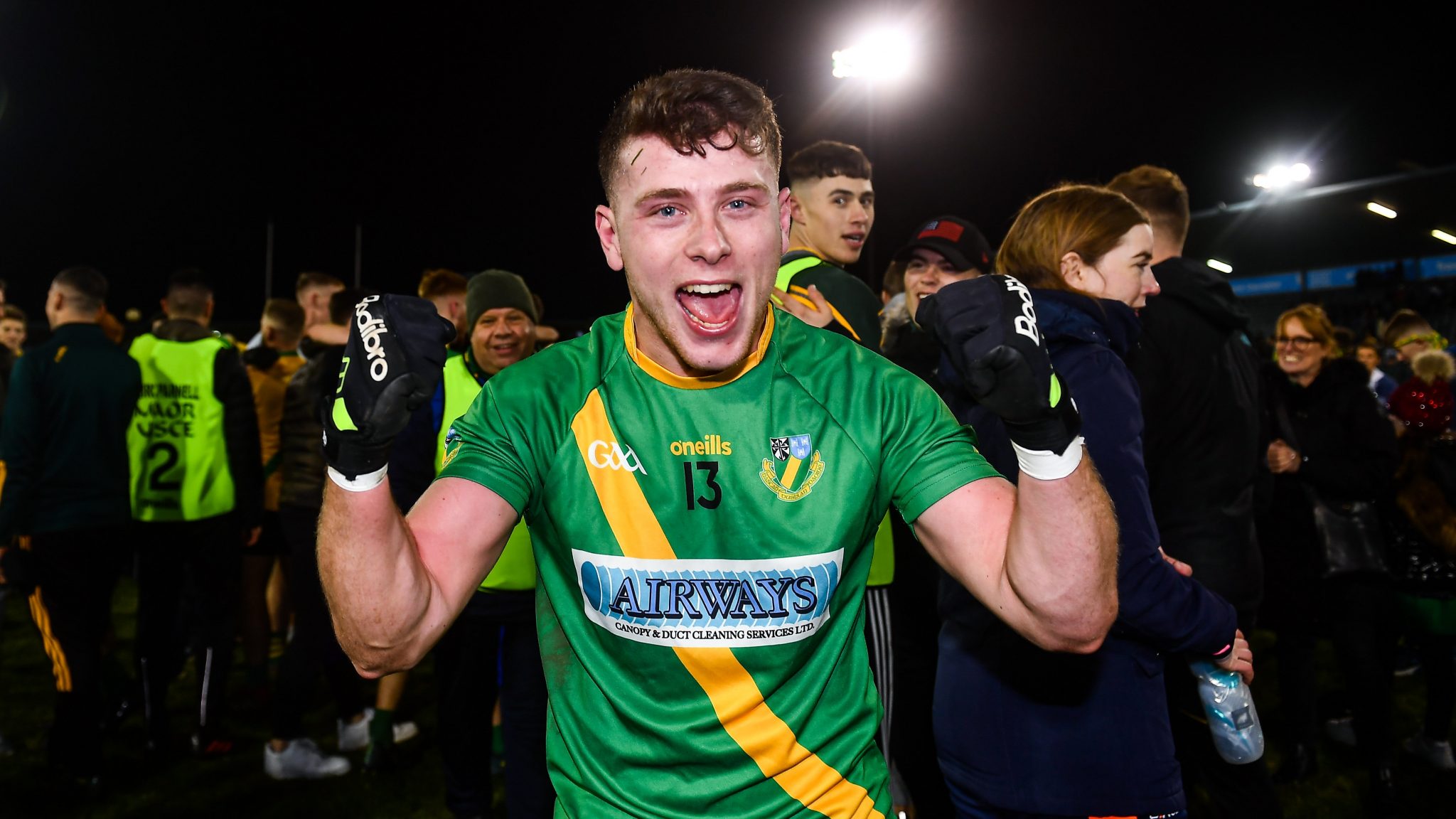 END_OF_DOCUMENT_TOKEN_TO_BE_REPLACED

A Senior 1 final awaits against their near rivals, Ballyboden, just 12 months after they clinched the Senior 2 title.

"The one thing we don't lack is teamwork, and a collective spirit," said Kelly. "We've a lot of football skills as well as I think people would have seen here today."

The final will be hotly anticipated, and contested.


popular
World Cup 2022 Day 10: All the major action and talking points
Iran demand action by FIFA after USA team change flag on social media
"I have equal love for football and hurling" - Sheehy set for two Leinster finals in two hours
Canelo Alvarez duped by fake Lionel Messi Instagram post
World Cup 2022 Day Nine: All the major action and talking points
"I appreciate Moycullen now more than ever" - Cooke's American lifestyle from a Moycullen base
For Ballyea, this journey all started out in a purple Toyota Corolla
You may also like
1 week ago
"I was living day to day" - Shane Carthy and Cormac Ryan open up about their past and present struggles
1 week ago
"I'll try get that little bit faster, that little bit fitter. I'll try to put on a bit more weight" - How Gannon aims to improve during off-season
1 week ago
"I couldn't get over the amount of differences between the hurling and the football" - Leaving hurlers was never an option for O'Donnell
2 weeks ago
Shocking scenes as brawl extends into the stands during Oulart-the-Ballagh vs Naomh Barróg
2 weeks ago
"We've kind of gone away from stats" - the personal goals Dias sets for himself each game as a midfielder
1 month ago
GAA JOE Team of the weekend
Next Page