"I hopped onto the bench and thought, 'This is going to be grand'."

Strength, conditioning and general fitness has come on leaps and bounds in the past 15 years. Any county not fully on board with the increase in strength and fitness work will have players that are literally left behind.

It is a long time, in more ways than one, since 1989, when Michael Duignan lined out for an All-Ireland semi-final against Galway. At The GAA Hour Live, down in Wexford, Duignan wonderfully recounted a tale from the morning of that game:

"I was down for breakfast and my father was there. He's a Connemara man, a Galway man, and this is the fella that famously doesn't have Sky.

"He's a fierce Galway man and I was there pushing the breakfast around the plate. There was no dieticians at that time. It was the full fry. My mother was yapping away and my father was quiet; he was reading the paper. He let down the paper and said, "What's wrong with you?'

"My father said, 'If I was you, I'd eat up, out of that. There's no point being in the middle of Croke Park making a fool of yourself, and being hungry as well!'"

END_OF_DOCUMENT_TOKEN_TO_BE_REPLACED

Duignan returned to the table and finished the fry. At least he was not hungry as he, and his teammates, got a chasing by Galway and missed out on the final.

Fitness and diets had kicked on a bit when Michael Carton and Colm Parkinson were breaking into their senior inter-county squads but, as both recalled on The GAA Hour [from 16:00 below], there was still a lot to learn. 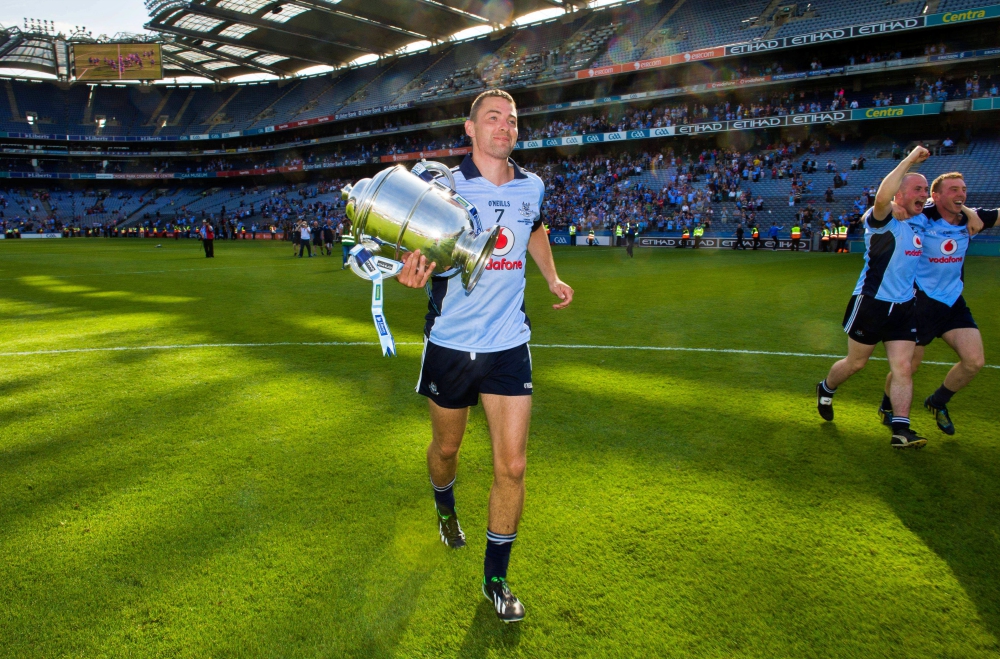 Carton was playing for Dublin minors and Under 21s, as well as studying for his Leaving Cert, when he was first called into his county's senior side.

The former half-back recalled his first Dublin gym session with the senior hurlers:

"I remember rocking up and I'd never been to a gym in my life. I just loved hurling.

"I lay down on the bench and I thought, 'Grand. This is going to be grand'. I lifted the bar and I had no clips on either end. The weights came off one side, onto the floor, and the other and I was left holding the bar like a plonker!

"I was hoping for the ground to swallow me up. But there was no such thing as a proper [work-out] plan. It was going to the bench and bench-pressing. There was no strength and conditioning plans back 15 years."

END_OF_DOCUMENT_TOKEN_TO_BE_REPLACED

Parkinson recalled a similar situation when, early in his senior Laois career, he went to the gym at I.T Tralee with Jim McGuinness. "This was back in 1998 and I wasn't going to the gym, but Jim was.

"I remember doing so many bicep curls that my arms were bent. I couldn't straighten them. When I pushed my arms out flat, they bounced back up and I was thinking, 'When will this end?!'"

We've come a long way since the early noughties and, as the game gets closer to professional levels at senior level, one suspects our top players are only getting started.


popular
Damien Comer targeted in brutal, chaotic Armagh and Galway brawl
Roy Keane makes good on bet after seeing Cork fall to Dublin
Shane McGuigan does a 'Sueey' Cristiano Ronaldo would be proud of after winning MOTM
Conor Gleeson's gesture to heartbroken Ethan Rafferty a tonic after sideline brawl
Liverpool set £60m Mo Salah price as contract talks continue
"I have decided to stay in Ireland" - Oisin Mullin gives Mayo fans the news they have been praying for
Malcolm Ebiowei 'ignored Erik ten Hag text' before signing for Crystal Palace
You may also like
3 weeks ago
The GAA community comes together in support of Sean Drummond
1 month ago
Just because they signed an autograph doesn't mean they're not hurting inside
1 month ago
Kilkenny, Dublin and Wexford could all still end up going out of the championship next Saturday
1 month ago
Familiar feeling for the Dubs as Kilkenny rack up a cricket score
1 month ago
"I realise on the far side that all of that stuff is not what it's cracked up to be." - 2011 reunion allows O'Sullivan to take it all in
1 month ago
"Jesus, no, if he finds out, he'll think I'm going soft now." - the social life of inter-county GAA players
Next Page