Peter Keane the man in charge in recent seasons, but a bizarre statement for the Kerry county board has revealed that they are now currently searching for a manager.

It did not mention Peter Keane, or even thank him for his time in charge, which could be because he may be allowed to put his name forward again this season.

END_OF_DOCUMENT_TOKEN_TO_BE_REPLACED

However, the fact they did not simply just keep him on would lead you to believe that they are looking elsewhere, but that doesn't mean they aren't looking to the past either.

Jack O'Connor has managed Kerry in two separate stints, and even though he was still currently the Kildare manager, he told the Irish Examiner podcast that there is still an "allure" to coaching Kerry.

O'Connor received a lot of criticism for this interview and left his post as Kildare manager shortly afterwards, despite stating previously he had intended to stay on.

“Of course, there is an allure there,” he told Paul Rouse on the Irish Examiner football podcast. “Who doesn’t want to coach Man United? There is that allure because of the tradition.

“It’s how much it means to people down here. You meet women on the street, they mightn’t have gone to the game but they want to talk about the game. It’s everything down here. You can’t escape from it down there. 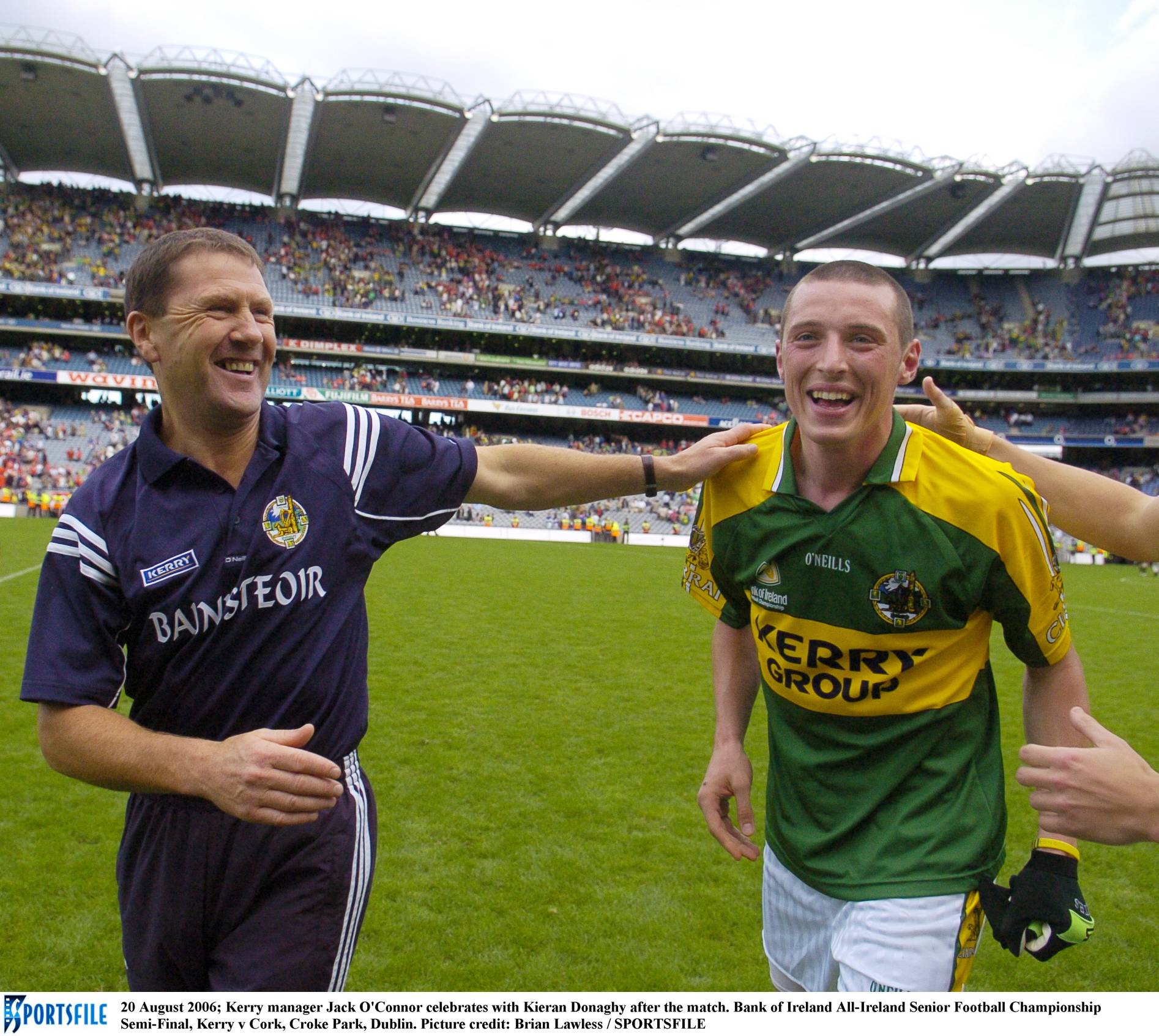 END_OF_DOCUMENT_TOKEN_TO_BE_REPLACED

"Any pocket in the county you go to, they want to talk football so it’s all-consuming. Sure, it’s an absolute joy when you win but a lonely, dark place when you don’t.

“Look, the Kerry gig is a fantastic job. It’s a very challenging job but would you want to be anywhere else in many ways because the tradition is here, everything is built towards the Kerry senior football team, the players are coming through. If you want an easy life, you go coach somewhere else."

The series of events that have followed this interview could be hints that maybe O'Connor knew something that everyone else didn't, and that the Kerry post could be up for grabs again.

His past experiences in charge have left him under no illusion about the challenges that come with the job.

“It is a very tough environment. I keep telling people this - I’m not bragging, I’m just giving you facts - in my first four years coaching Kerry were '04, '05, '06 and '09, I won three leagues, three Munster championships, three All-Irelands, I got the height of abuse. That’s a fact.” 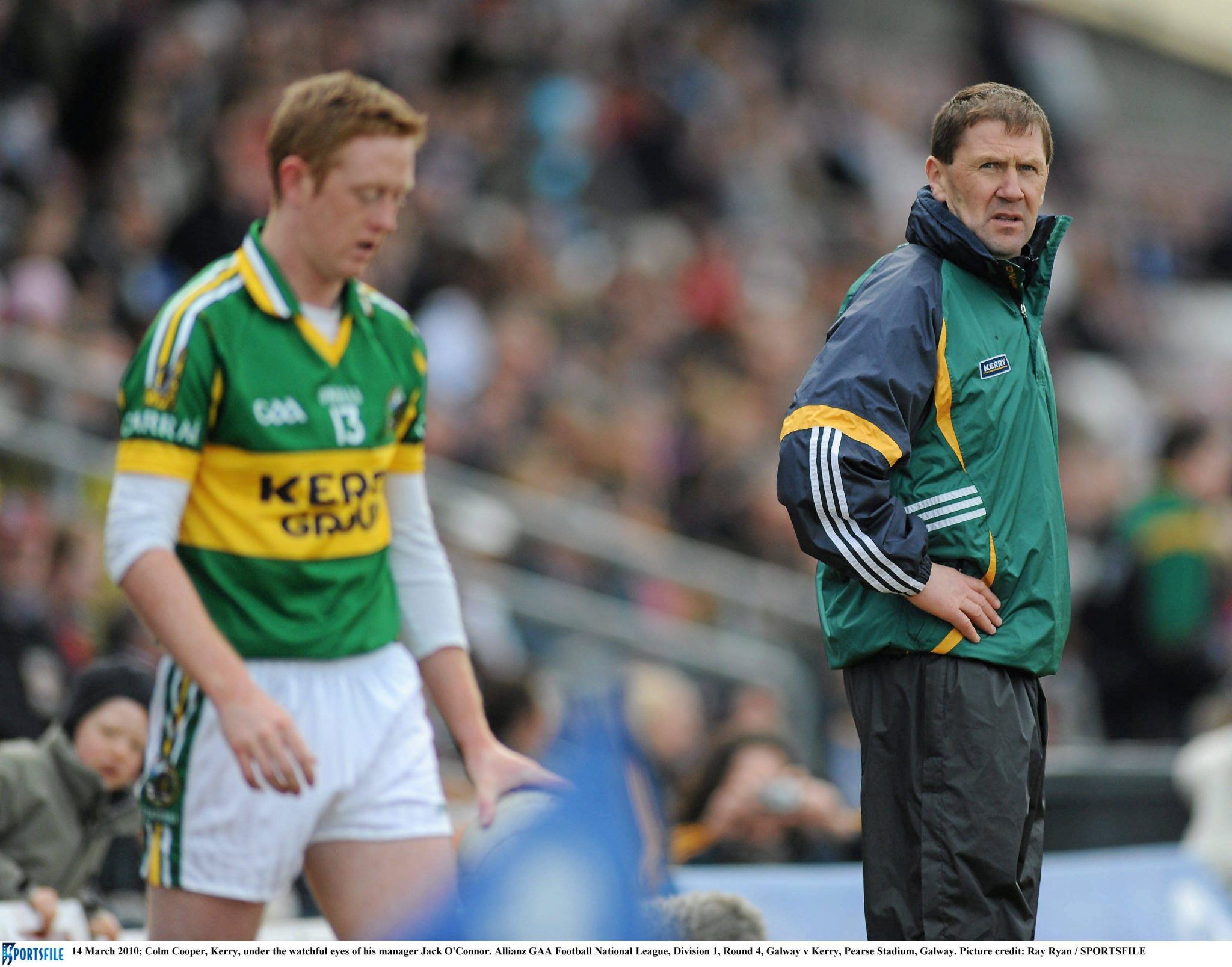 END_OF_DOCUMENT_TOKEN_TO_BE_REPLACED

“It’s a lonely place because winner takes all. We can be a little bit critical of tactics and this and that, at the end of the day Tyrone got two goals that were quite fortuitous. Kerry had opportunities to kick points, they went for goals. They had four goal chances and got none.”

“It’s a tough station. Kerry people are very critical, very unforgiving. What you have to realise down here is everybody has an opinion.

"I’ve been up in Kildare the last couple of years and even when we were in the Leinster I was saying to myself , ‘Do people actually know the game is on?’ You could walk the street and you wouldn’t be sure that there was a game on.

“It’s a religion down here. Kerry people are desperate for this team to win an All-Ireland. On all known tradition, they should be winning an All-Ireland because they won five (All-Ireland) minors in a row, a couple of standout players like David Clifford, Seánie O’Shea, Gavin White.

One can only assume that the 60-year-old will be throwing his hat into the ring for the now vacant post, but the question remains, do Kerry fans want him back?


popular
Frank Lampard pays emotional tribute to Seamus Coleman in front of Everton squad
No need for Sky Sports to apologise as Shane Lowry stays in PGA mix
Steven Gerrard makes Liverpool admission ahead of Man City title decider
Rangers legend says he and Roy Keane didn't speak during Man United spell
Dele Alli praises 'legend' Seamus Coleman after Everton avoid relegation
PSG offer Kylian Mbappe 'complete control' with insane contract offer
Why Aston Villa could pocket £12m for helping Liverpool win Premier League title
You may also like
5 days ago
Eamon McGee reveals what Rory Gallagher was like under Jim McGuinness
5 days ago
If you're going into battle alongside Gareth Mckinless, then you will always have a chance
5 days ago
Rory Gallagher absolutely loses his mind celebrating as Derry beat Monaghan in Ulster semi-final
1 week ago
Monaghan will be a "different kind of challenge" compared to Tyrone says Derry boss
1 week ago
"I enjoyed it" - Padraig O'Hora opens up on his battle with David Clifford in League final
1 week ago
The All-Ireland hangover is a real thing, Dublin's dominance just made us forget about it
Next Page