Only seven months to go.

The draw for the 2017 All-Ireland Senior Football Championship has Gaels far and wide looking ahead far too early but it's created a buzz at least for an evening.

With the hurling championship draw pitting champions Tipperary with a God-awful trek back to the top of the mountain, the footballers have some intriguing ties for the first round in the four provinces.

END_OF_DOCUMENT_TOKEN_TO_BE_REPLACED

Mayo will meet Galway in the semi-final of the Connacht championship if they can see off the winners of Sligo and New York in their quarter-final clash.

Tipperary took all the plaudits last year on their way to the All-Ireland semi-final and their reward for a Munster decider place in 2016 is a spot straight into this year's semi. That draw pairs them with the winners of Cork and Waterford but Tipp boss Liam Kearns was typically honest in his assessment.

"You'd probably expect Cork will come through there, no disrespect to Waterford."

Ulster champions Tyrone will start their season up in Celtic Park once more against Derry and, the prize for potentially getting through another clash with their most bitter rivals is a likely semi-final with Donegal. Welcome to the north.

All-Ireland champions Dublin are up against Carlow or Wexford first in the Leinster quarter-final and if and when they win, they're in a semi with Westmeath or Offaly.

Here's the draw in full. 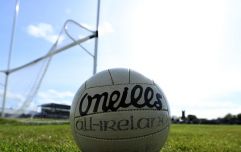 END_OF_DOCUMENT_TOKEN_TO_BE_REPLACED

The GAA Hour podcast is out every Wednesday.Subscribe here on iTunes or listen on Soundcloud (if you want to).


popular
Red cards, slips, heroes, villains and last second equalisers - Derrygonnelly's extra time win over Dromore had it all
GAA club transfers that shocked the county: Jason Sherlock
Fermanagh footballer opens up about losing her mum to suicide and urges people to seek counselling
Here's all the GAA games on the tube this weekend as the provincial championship heats up
Ruesha Littlejohn gate-crashes Katie McCabe's interview after another player-of-the-match display
Jordan Larmour enjoys satisfying bit of revenge on Mack Hansen
Frank Lampard admits he 'felt terrible' over comments he made about Paul Pogba

You may also like
2 years ago
Kerry should be proud of Paul Geaney, a man who left it all out there
2 years ago
If this is the end for Diarmuid Connolly, there was one more piece of magic to behold
2 years ago
Huge controversy at Croke Park as Con O'Callaghan gets away with one
2 years ago
Not a hope in hell Jack McCaffrey was letting Dublin let slip of history
2 years ago
Dublin and Kerry announce All-Ireland teams but here's who we reckon is really starting
2 years ago
Sky Sports get the pick of the Qualifier games but no joy for Cork and Laois
Next Page