Amateur or professional, being good at your proven sporting fields takes a lot of hard work.

There is no doubt that inter-county footballers and hurlers live as close to professional sporting lives as possible.

Away from college and day jobs, GAA's elite clock up a serious amount of hours on the pitch, in the gym and looking after their bodies.

Part of that is maintaining a good, healthy diet yet one that provides enough calories and energy to put in a real shift. 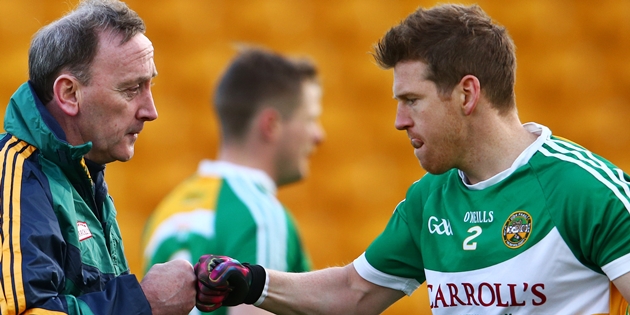 Earlier this year, we featured some of Offaly footballer Brian Darby's daily diets, which originally featured on GAA.ie.

END_OF_DOCUMENT_TOKEN_TO_BE_REPLACED

This time around, we focus on Friday. For Darby, it is all about building up the energy stores for the weekend's action.

For Ulster and Ireland rugby player Craig Gilroy, it is matchday.

Starting with Darby, however, here is how a regular Friday goes down.

As for match build-up, Darby states:

"The day before a game is very important and usually I eat spaghetti bolognese with whole-wheat pasta.

"On match day, I eat a small dinner three hours beforehand and I have a cup of coffee 45 minutes before it as well. I feel there is a buzz with it and I am more alert."

Aged 24 but already a veteran for his province with 113 caps, Gilroy is eyeing a big 2016 that could see him force his way back into the Irish senior set-up.

"Thursday is just as important as Friday [usually matchday] for me. It would be loads of pasta with some garlic bread - high carbs but not a lot. I often go out but I don't mind cooking. I'll have a big meal and a little snack before bed.

"On Friday, I would be very set in what I would do.

"For breakfast, I would have a few eggs with some bacon and some avocado."

"I'd then have a big lunch," Gilroy continues, "which would include a soup and a steak or chicken wrap. I would usually go out and meet the lads; we'd have a coffee.

"Closer to the game, before I leave for the match, I would have three rice cakes, with peanut butter, jam and banana. You don't want to eat too much before the game.

"You've got it all in the night before, and the morning of, the match.