Team news ahead of Tyrone and Derry's Ulster championship showdown

For the first time in years, Derry are visiting their rivals with genuine ambitions and hopes of pulling off an upset victory, following their fine progression under Rory Gallagher in recent seasons. 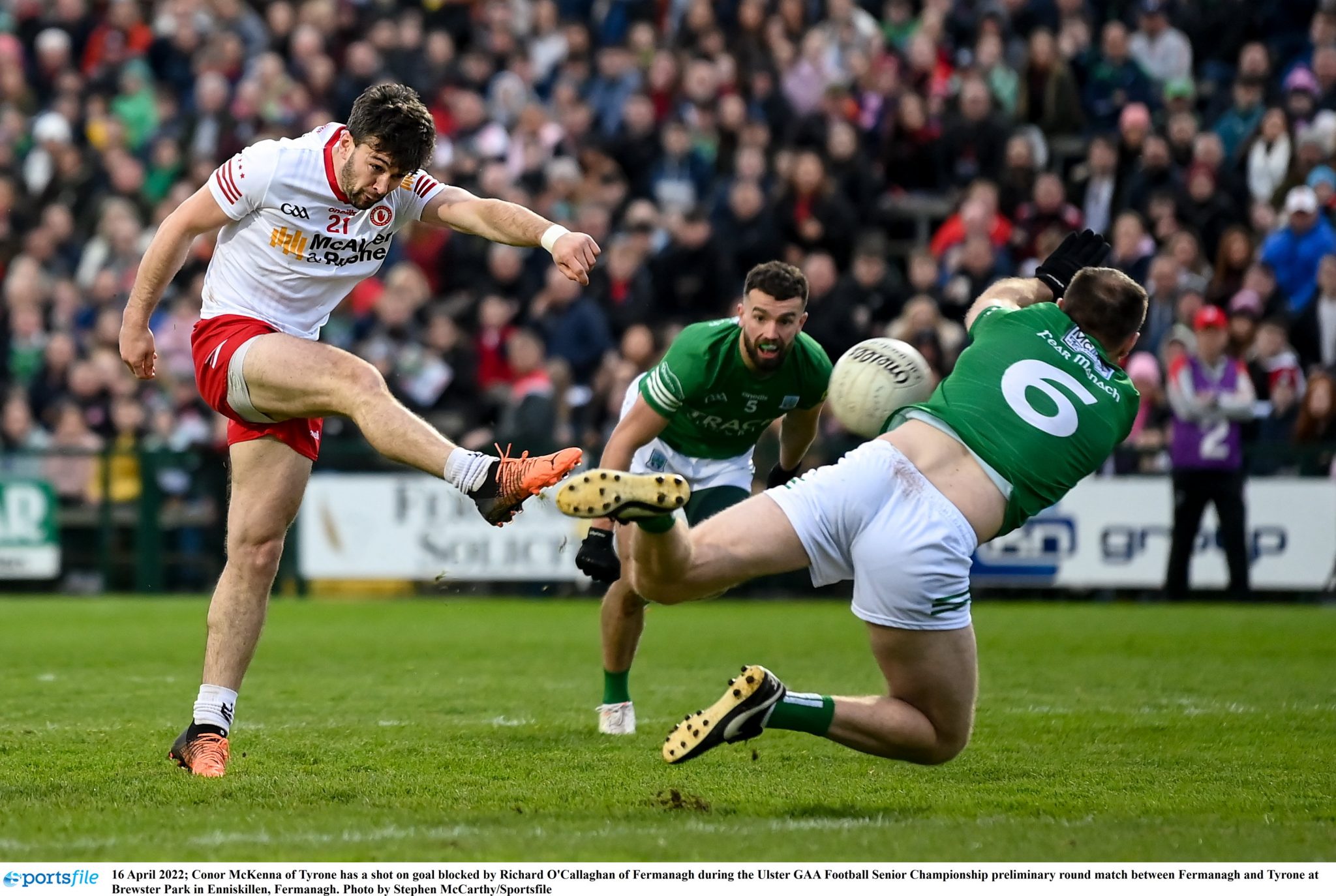 END_OF_DOCUMENT_TOKEN_TO_BE_REPLACED

The Red Hand county have already kicked off their Ulster campaign, defeating Fermanagh in a relatively comfortable tie in the preliminary round.

The big news from that game was that Conor McKenna was sent off late in the game, meaning that he would be suspended for the today's match.

However, the All-Ireland champion's have successfully appealed the decision and have him available for selection.

END_OF_DOCUMENT_TOKEN_TO_BE_REPLACED

That being said, according to the starting 15 that Tyrone have released, the Eglish forward is named to be on the bench.

Other news for reigning Ulster champions is that Peter Harte returns to the fold following surgery on his appendix, but he was not yet deemed fit enough to start and is also on the bench.

Michael O'Neill retains his place at 11, which will only be his second appearance this season after coming back from injury. 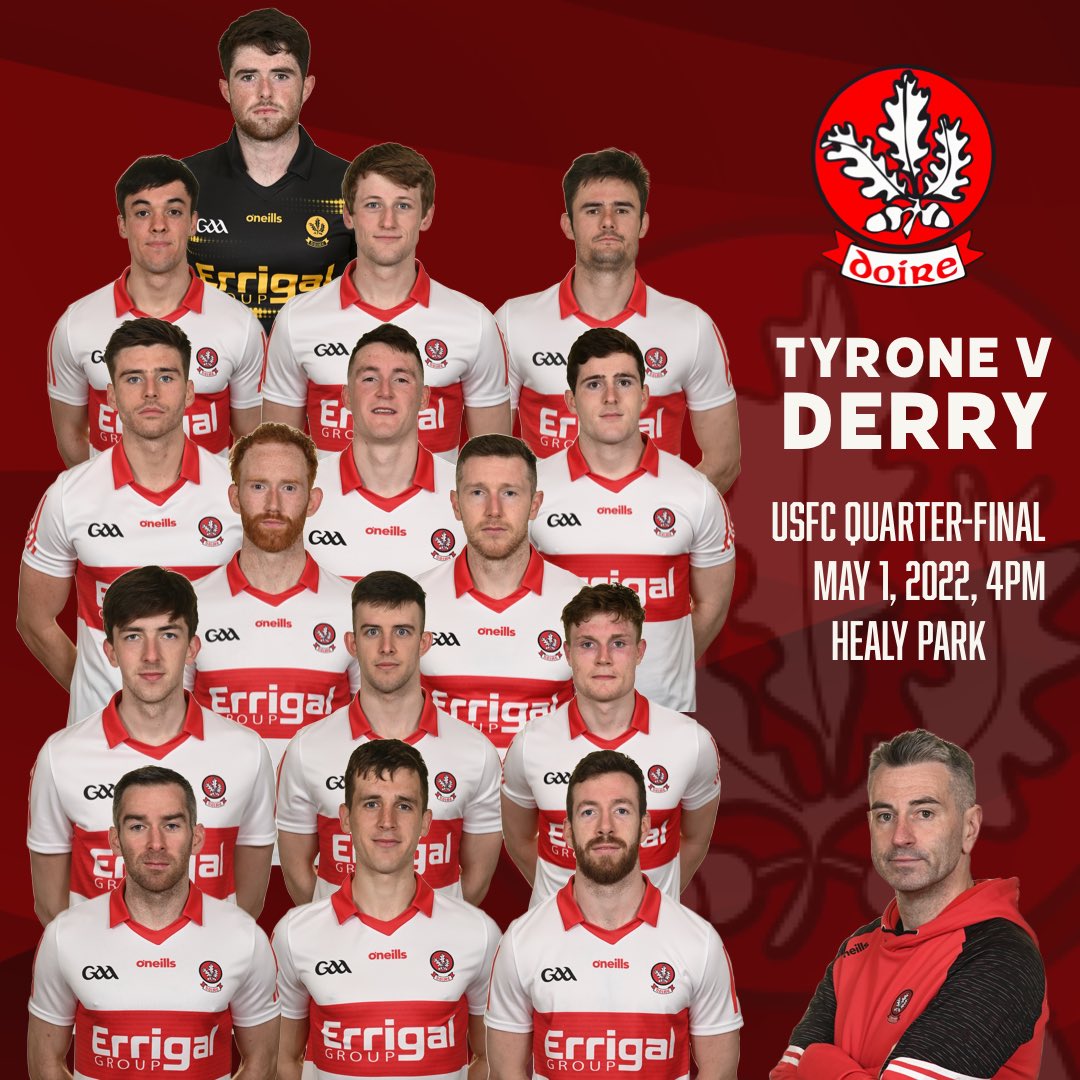 END_OF_DOCUMENT_TOKEN_TO_BE_REPLACED

There is still no sign of Mattie Donnelly, who is currently ruled out with a hamstring injury.

Derry are without Padraig Cassidy for this game, which is a disappointing blow for the Oakleaf county.

More than that, Ciaran McFaul is no longer a part of the squad due to a "mutual agreement" to leave the panel, according to the manager.

McFaul has been an integral part of this team for the last few years and enjoyed a wonderful campaign with his club Glen, last season, so he will undoubtedly be missed.

Gareth McKinless appears to have regained full fitness, and lines out at number 6, while Lachlan Murray has been dropped to the bench, despite impressing in the league campaign.


popular
CCCC order replay of All-Ireland club football final
Shane Lowry confirms amicable split from caddie after four and a half year partnership
Owen Farrell praises Johnny Sexton in revealing interview ahead of Six Nations
January transfer window 2023: Follow the latest updates live in our hub
Christian Eriksen set to miss the next few months with injury, Man United confirm
British publication urges Gareth Southgate to claim Evan Ferguson for England
Kilmacud Crokes to counter Glen's objection over extra players in All-Ireland final
You may also like
5 days ago
Lidl launches One Good Club in support of youth mental health
2 weeks ago
O'Byrne Cup reduced to farce as Offaly withdraw from competition
2 weeks ago
Rory Gallagher expects Glen players to be back for Derry the week after club All-Ireland final
2 weeks ago
"That fecker, again?!" - A Dubliner's perspective of going up against Lee Keegan
2 weeks ago
The top five GAA players who never won the All-Ireland
3 weeks ago
Dessie Farrell reveals why Paul Mannion and Jack McCaffrey returned to Dublin
Next Page